India – Ideas as Crime in a Majoritarian Democracy

The argument of the ‘hurt sentiment brigade’ seems to be that if anybody — an individual or even an institution like the Supreme Court — dares to disagree with what they perceive to be right, then they will have to face the consequences.
Subhash Gatade 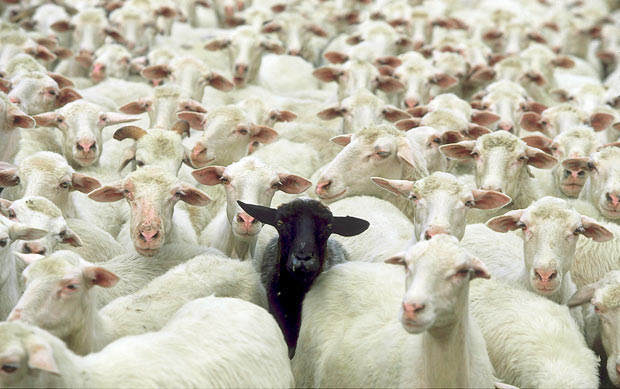 To such a degree has Religion fuelled conflict, complicated politics, retarded social development and impaired human relations across the world, that one is often tempted to propose that Religion is innately an enemy of Humanity, if not indeed of itself a crime against Humanity … it is time that the world adopted a position that refuses to countenance Religion as an acceptable justification for, excuse or extenuation of – crimes against Humanity.

A modern critique of Sacred Books of any religion — which are worshipped by its followers — is an act which is full of dilemmas.

What should one say if they have references about burning of infidels, permitting a man to marry many women, instructing the rulers to cut somebody’s tongue or pour hot lead into somebody’s ears if s/he sings/listens to religious hymns, ordering a particular section of its devotees to be kept aloof even from places of worship or spotting a ‘divine figure’ engaged in abusing one’s own daughter or harassing women.

Should a critical intellectual just look the other way, pretending that s/he does not see, decide to keep quiet or rationalise such acts to further re-ensure her/his faith or say few things, albeit in a mild tone, that such acts do not match modern values?

And what should a modern state — which claims to be not based on faith — do in such a case? Facilitate flourishing of such critiques or allow faith merchants/fanatics of different shades to criminalise such acts taking recourse to its own statue books.

The times through which we are passing — which have been characterised as a period of explosion of religiosities — one is witness to increasing stigmatisation of such critiques, which have even led to planned murders, assassinations of writers, rationalists, cultural workers, bombing of cultural festivals, suicide squads attack on shrines which celebrate compositeness of our cultures etc.

This part of South Asia is becoming increasingly (in)famous for such acts.

The latest in the series happens to be the case filed by the ruling dispensation against a noted writer and cultural critic, Kuldeep Kumar, for an article and the newspaper, National Herald, where it was duly carried. The said article tries to discuss few of the epics to look at the questionable behaviour of ‘divine figures’ vis-a-vis women.

No doubt disagreements over the article would always be welcomed, but why criminalise any critical/alternate reading of the epics. Perhaps, it would be repeating the obvious that this is not the first incident of its kind, rather it should be emphasised that with ascent of Hindutva Supremacist forces at the Centre and many states, filing of such cases has seen a quantum jump.

Things have reached such a maddening proportion that even the Supreme Court was forced to sound a warning bell when a case was filed against Mahendra Singh Dhoni, a well-known cricketer, for ‘hurting religious sentiments’ when he was depicted as Lord Vishnu on a magazine cover.

Rejecting the petition filed against him, a bench of Justices Dipak Misra, A M Khanwilkar and M M Shantanagoudar said:

“Insults to religion offered unwittingly or carelessly or without any deliberate or malicious intention to outrage the religious feelings of that class” should not be charged with hurting religious sentiments.

It is a different matter that there has been no tempering of voices. Now, the Supreme Court itself has been charged with hurting ‘sentiments of Hindus’ for deferring  the Ayodhya title dispute case because it had ‘more important issues’. A very senior leader of the Rashtriya Swayamsevak Sangh (RSS) Suresh Bhaiyyaji Joshi had no qualms in saying that by doing this, the highest Court hurt sentiments of Hindus.

One heard similar voices over SC’s intervention in the Sabarimala issue when, in a majority judgement, it ruled that not allowing women in their “menstruating years” into Sabarimala is ultra vires the Constitution, and all women should be allowed to enter the temple. Leader after leader of the RSS and its plethora of affiliated organisations have questioned this judgement and said that it should have also considered traditions as well.

And this feeling of ‘hurt’ is not limited to the majority community only.

Recently, Kerala was in the news because Muslim organisations protested when in a school play in Kozhikode, a girl character gave azaan. According to the Muslim organisations, the play “insults the Muslim way of life,” as calling out the azaan is a ritual performed by a male Muezzin. The irony of the situation was that the play, which had earned much praise and awards, is was now being stigmatised.

Thus, the crux of the argument of this ‘hurt sentiment brigade’ seems to be that if anybody — may be an individual or even an institution like the Supreme Court — dares to disagree with what they perceive to be right, then they will have to face the consequences.

As things stand today, any critique of epics is a ‘no go’ area in the present scheme of things.

One can recall how A K Ramanujan’s seminal essay on Three Hundred Ramayanas was banished from Delhi University earlier, or how Wendy Doniger’s well-known book, The Hindus: An Alternative History, was dumped when exclusivist forces threatened to engage in violence. This was at a time when they were still far away from holding reins of power at the Centre. Today, the stint of power at Centre has further emboldened them and they seem to be going full steam ahead on the strength of state patronage as well as street power.

And the focus now is not limited to (unofficial) ban on any alternate reading of epics, it has even expanded to how the marginalised, the exploited would like to describe themselves.

We know how the Ministry of Information and Broadcasting had on August 7, issued (close on the heels of a high court order) a circular ‘advising’ the media to refrain from using the word “Dalit” while referring to those belonging to Scheduled Castes. It had directed that the Constitutional term ‘Scheduled Caste’ in English, and its translation in other national languages should alone be used for all official transaction, matters, dealings, certificates etc. for denoting the persons belonging to the Scheduled Castes.

While the ‘arbitrary, irrational, unreasonable, discriminatory decision’ which goes against fundamental rights to equality (Article 14), non-discrimination (Article 15), various freedoms (Article 19) and life and liberty (Article 21) guaranteed under the Constitution have been challenged in the SC but it exhibited the mindset of the people in power who were even wary of a ‘self-chosen name’ by the socially oppressed which has been for them a “positive self-identifier and as a political identity”.

Perhaps the majoritarian understanding of democracy which they approve, has no space for such expressions.

The ‘prescription of identity’ is not limited to Dalits only. It extends to tribals and other oppressed categories as well. Instead of the much popular term Adivasi — original inhabitants — the dominant discourse paints/portrays them in a much-sanitised version ‘Vanvasis’ or forest dwellers.

Such prescription also extends to how they perceive their life experiences, and how they look back at the religion which they supposedly belonged to and the way it treated them.

And it is not a coincidence that right from attempts at targeting ‘Joothan’ by Omprakash Valmiki or curbing Perumal Murugan’s or Sowendra Hansda Sekhar’s freedom of expression or to banning ‘Why I am not a Hindu’ and other books by Kancha Ilaiah from the Delhi University curriculum , people are increasingly being told how to even comprehend one’s life experiences.

The whole process reminds one of Jayant Lele talk about the ‘three essential characteristics of Hindutva. According to him, it is ‘hegemonic, homogenising and pedagogic, all at the same time and in complexly interrelated ways’. (Hindutva, The Emergence of the Right)

As this regime enters its final year, one gets a feeling that perhaps we have entered the dystopian world depicted by George Orwell in his classic novel ‘Nineteen Eighty Four’. Written in different times and under a different context, one is now discovering Orwell’s classic novel which lampoons authoritarian regimes, is finding strange resonance in today’s India. Readers may be reminded that the ministry of truth also called ‘minitrue’ — one of the four ministries in Oceania, the fantasy land in the novel, whose job is ‘to engage in any necessary falsification of historical events, has few slogans written on its wall. It unashamedly declares ‘War Is Peace’, ‘Freedom is Slavery’, ‘Ignorance is Strength’.

And the most pertinent concept popularised by the novel was that of thoughtcrime — which is another way to describe illegal thought. Thoughtcrime is the criminal act of holding unspoken beliefs or doubts that oppose or question Ingsoc, the ruling party. The novel discusses how the government attempts to control not only speech and actions, but also the thoughts of its subjects.

Welcome, to the dystopian world of Hindu Rashtra!