India – If intolerance is on the rise, so is our tolerance to abuse of power 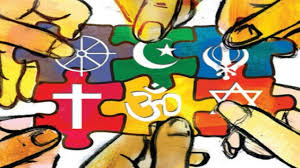 The most effective way to deal with unpleasant facts is to render them as exaggerations. You hear shouting next door followed by the sound of someone sobbing every night, and you come to the conclusion: no one can possibly be a wife-beater there as the couple are regularly vocal about their feminism on social media. They must have their TV on loud, and some serial or other must move the woman to emotional tears every evening.

Yes, that must be it.

Your friend shows some classic signs of alcoholism — including the one by which he is sure that he doesn’t have any problem with drink at all. You think of asking him to seek professional help. But he’s probably just bad at holding his drink, and that must be all there is to it.

Yes, that must be it.

You hear about NDTV being raided by the CBI. You also know that the TV company has been accused of some financial hanky-panky for almost a decade now — much before the Narendra Modi government, against which the channel is supposedly routinely critical, came to power. In any case, India isn’t Erdogan’s Turkey or Putin’s Russia. For crying out loud, isn’t every speech at an official dinner in the US hosted in honour of an Indian guest prefixed by ‘celebrating the friendship between the biggest democracy and the oldest democracy in the world’?

So it has to be some media group and its ancien régime supporters crying ‘Emergency!’ and ‘Censorship!’, when all it is, is an investigation into fudged ledgers being made out to be fascism, that classic overused poster-word of exaggerations.

That’s all there is to it.

Once you have decided that something unpleasant you have come to know is an exaggeration, you are partly relieved that you are smart enough to know the difference between a kitchen smoke and a bonfire, and partly irritated with the folks who make a mountain out of a dunghill. Then life as you know it, especially in these happy days, slides back to normal.

But just because you’re not a card-carrying paranoid doesn’t mean things aren’t happening that would make you uncomfortable if they happened to you. In a world of hyper-information — as it would have happened in a world of hypo-information, where some news would simply not reach you the way no one got to see Kapil Dev’s 175 not out against Zimbabwe at Tunbridge Wells in the 1983 Prudential World Cup — you can consciously turn blind to unpalatable facts.Some uncomfortable ‘incidents’, however, need a bit more dexterity in being ‘exaggeration-ated’ than others. If the police open fire on protesting farmers  burning vehicles in Madhya Pradesh, and six are killed in the process, saying ‘Surely that’s not true, because Jallianwala Bagh happened in 1919 under a different dispensation’ won’t really get you what a good night’s Valium is supposed to get you.

Some uncomfortable ‘incidents’, however, need a bit more dexterity in being ‘exaggeration-ated’ than others. If the police open fire on protesting farmers  burning vehicles in Madhya Pradesh, and six are killed in the process, saying ‘Surely that’s not true, because Jallianwala Bagh happened in 1919 under a different dispensation’ won’t really get you what a good night’s Valium is supposed to get you.

What can get you solace is the best invention of the social media troll: moral relativism. ‘Why isolate this incident just because MP has a BJP government? How many people tweeted in 1983 when at least 2,191 people — and that’s just the official figure — were butchered in Assam’s Nagaon district in 14 villages, including Nellie, under a Congress government that stood by and did nothing?’ The length of that sentence itself would make a person shift his outrage at Tuesday’s firing in MP a few inches to the side.

Much — if not all — of the damage control involves bringing into focus the identity of the ‘exaggerators’. Those howling against the CBI raid of NDTV are ‘elite, dyed-in-the-wool BJP-bashers’ sticking together to whitewash financial wrongdoings like they always did during the Congress regime. To hold a mirror to this lot itself should do the job of putting a lid on charges of political bullying.

But with each ‘Oh, stop exaggerating about Kashmir/MP/NDTV/(fill in your choice of victim). You’ll know what real boot-stomping looks like if you lived in Saudi Arabia, or witnessed the Emergency,’ the bar by which we react, either by shock, anger or disgust, is lowered.

It isn’t intolerance, India’s perennial ailment, that alone is ascendant. It is tolerance to the abuse of power that is also steeply on the rise. The critical mass of protesting voices against such acts of power is shrinking. It is shrinking because it feeds on exaggerations that make us content, even as it rejects uncomfortable information — and, thereby, its accompanying discomfort — by treating it as exaggerated.

Which leads us to an India that will be so utterly enamoured of itself as a Project, that it no longer has to dare to look up when wrongs are committed. It will simply care not to look up, in the unshakeable belief that the rot itself is an exaggeration.