Bollywood has displayed apathy, if not a dazzling lack of concern for current events. That explains its presence at the Saifai Mahotsava 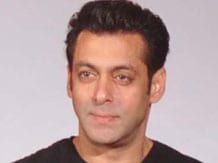 Getting to the point however – the event was the ‘Saifai Mahotsava‘. The patrons – Mulayam Singh Yadav and his cabinet entourage, sans those on a 18 day foreign junket euphemistically called a study tour. Madhuri Dixit gyrated to her most popular numbers, music director duo Sajid Wajid pelted out their chartbusters and keeping them company were a string of stars like Soha Ali Khan, Ranveer Singh and Hindi film industry‘s eternal heartthrob and hero to Madhuri in many a super-hit film – Salman Khan. He who runs the non-profit charitable foundation ‘Being Human’.

Regretfully, there was nothing human or charitable about the latkas and jhatkas of this Bollywood contingent’s night out in Saifai. Dance as they did to Mulayam’s tunes, barely a few hundred kilometers away, in the same state, 40 children had died and about a lakh or so victims of the horrific riots ofMuzaffarnagar suffered the biting cold in temporary shelters. Their state government, directly implicated for fomenting the riots, partied hard, boogieing to Hata Sawan Ki Ghata (yes, that’s a Sajid Wajid gem from my childhood) perhaps? We don’t know. The press weren’t allowed to carry cameras. The revelries were blacked out.

The Pali Hill glitterati were flown down in 7 chartered jets, 40 doctors were reportedly on call and crores were splurged on other ostentations. Drawn purportedly from the state’s coffers, Samajwadi Party spokespersons continued to remain mum about how much money was spent and from which department the budgets were sanctioned for this event held to supposedly ‘promote arts and culture .’ This bear in mind is the same state where Bharat Ratna Ustad Bismillah Khan – the avant-garde shehnai maestro, died in penury a few years ago. He didn’t fit into SP‘s cultural nomenclature understandably.

For Bombay’s movie stars the location had changed – but Mulayam’s extravaganza brought back a feeling of déjà vu – of their flirtations in the Gulf with the ganglords who financed movies in the 80s and 90s to launder black money. Then, starlets, even top actors danced for Dawood at his parties in Dubai, vulnerable perhaps after having received death threats, or in a bid to pressure a producer to sign them up for his next film. Today, Dubai is passé, the action has shifted to Etawah. Underworld is out – cronyism is in. The inclination to dance is not death or an assured movie contract, but political munificence in the form of a tax exemption which Dixit’s Dedh Ishqiya has reportedly been granted in Uttar Pradesh. Or pecuniary allure surely. Top actors today can after all boast of a higher net worth than the profits that a number of listed midsized companies make annually.

Bollywood has for long mastered the traditions of quid pro quo. This country’s biggest and most respected film star (yes the one who was once close to an ex-Samajwadi Party politician) has changed political affiliations – striking equations with those in power and dumping those not, with as much dexterity as he has the body language of his characters while playing different roles. Several others have gone on to contest elections, win seats and pierce the ugly world of mainstream politics.

Rarely has Bollywood been political though. Save a Shabana Azmi, Mahesh Bhatt or Rahul Bose, perhaps an Aamir Khan – most actors have shown apathy, if not a dazzling lack of awareness about current events. Last week, the cast of Karan Johar’s latest teenybopper romance were hard pressed to remember who India’s president was. Varun Dhawan, the movie’s male lead said it was Manmohan Singh (how we wish!), Alia Bhatt, the female lead said it was Prithviraj Chauhan!

Conversely in Hollywood, which is often the point of reference for Bombay’s filmdom on scripts, music, style and technique, things are quite different. Superstar George Clooney was arrested last year after marching into the Sudanese embassy to protest the political crisis in that country. Angelina Jolie, Nicole Kidman, Mia Farrow, Oprah Winfrey – a directory of other A-lister celebrities are politically perceptive, and at the forefront in adopting social causes.

In India though, for a nation that idolizes its movie stars, Bollywood’s current crop hardly sets the right example. We’ve seen better times for sure, an era of politico-cultural personalities like Nargis and Sunil Dutt, Saadat Hasan Manto and Satyajit Ray. Their prowess was reflected not only in their work, but also in how they conducted themselves in public life.  Equally the intellectual bankruptcy of today’s brigade reveals itself not only on reel, but also in their apathetic, almost clinical detachment about the concerns of society. Had this not been true, Khan and Dixit would have been found in the relief camps around Muzzaffarnagar, rather than at a dubious spectacle organised by a party that’s being berated daily on national television for perpetrating the grave human tragedy there.