India is under siege from a few driving a majoritarian agenda 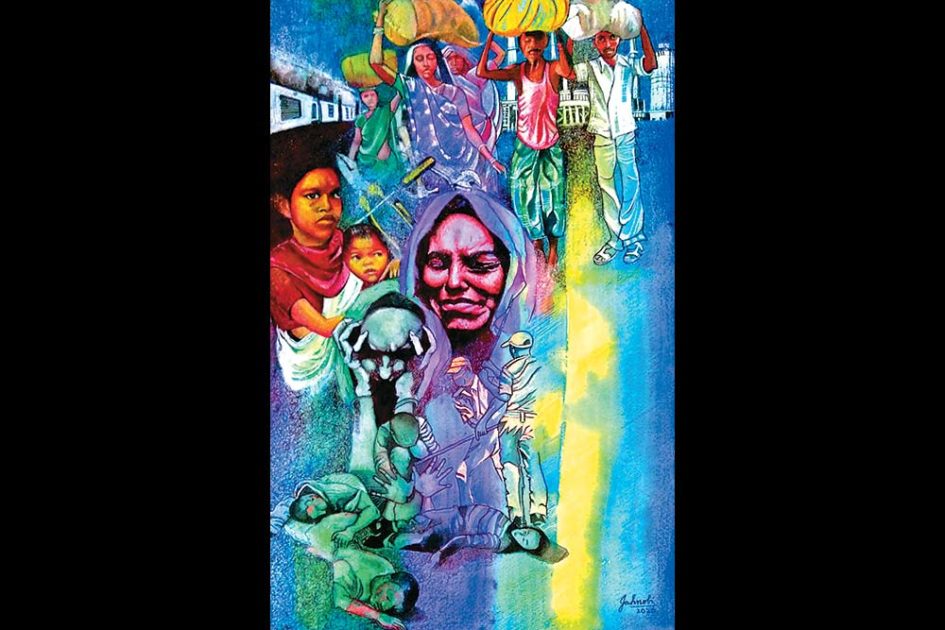 Name-calling, intimidation and ham-fisted use of state repression—India is under siege from a few driving a majoritarian agenda. Progress will come only when citizens from dominant groups recognise the equal rights of all minorities and then force change from within.

What familiarity breeds is forgetfulness. The second clause of the Universal Declaration of Human Rights of 1948 should be recalled by suppressors as well as advocates of human rights: “Whereas disregard and contempt for human rights have resulted in barbarous acts which have outraged the conscience of mankind.…”

Other parts of the UDHR should also be remembered, like Article 10: “Everyone is entitled in full equality to a fair and public hearing by an independent and impartial tribunal, in the determination of his rights and obligations and of any criminal charge against him.”

And Article 11: “Everyone charged with a penal offence has the right to be presumed innocent until proved guilty according to law in a public trial at which he has had all the guarantees necessary for his defence.”

The detentions without trial in (or tied to) Bhima Koregaon, Kashmir, the Northeast, Uttar Pradesh, Delhi and elsewhere in India could provoke someone who knows these words to either tear up the UDHR or scream at the outrage caused to the human conscience.

There’s also, of course, our own Constitution. Opening with “We the People”, the Preamble pledges liberty, equality, fraternity and dignity for all. The Articles guarantee liberty and equality in precise language.

But screaming or marching on Indian streets is not a safe proposition today. It was less risky ninety years ago, even though we were a colony of the British empire. Gandhi and his fellow marchers had vowed publicly to break the Salt laws, but the empire arrested the Mahatma only after he and his comrades completed their 350 km walk from Ahmedabad to Dandi.

At 85, I am not easily shocked by events. But did I ever think that Badshah Khan’s dedicated follower, Faisal Khan of UP, would be shut away without bail or trial for the crime of wanting to respect Hindu traditions?

Or that a frail 83-year-old from Tamil Nadu, Father Stan Swamy—a Jesuit priest sharing the travails of helpless Adivasis in another part of India—would be arrested on uns­pecified, unsubstantiated allegations of supporting “terrorism”, and be den­ied any trial, let alone a fair and open one?The frequency with which India’s powerful hurl smears like ‘anti-national’ and ‘traitor’ to speakers of truths is an index of our coercion levels.

Or that a great many others, including women and the elderly, including a lawyer like Sudha Bharadwaj who, rejecting a life of comfort in the US, was serving the dispossessed of Chhattisgarh, and the brilliant scholar and executive, Anand Teltumbde (husband of Babasaheb Ambedkar’s granddaughter Rama), would be similarly imprisoned, on similar vague allegations, and similarly denied any kind of trial?

All this while our rulers claimed, on India’s behalf, a permanent seat on a Security Council conceived for protecting liberty and peace in the world?

Or that, invoking the supposed threat of “love jihad”, some of India’s state governments would insist on probing the religion, or religions, and maybe the finances, of a couple before allowing them to marry?

The right to love and marry is a human right so natural, eternal and universal that even the UDHR felt no need to mention it. Yet India’s present-day masters seem to wish to snatch that right and hand it over to officers of the state to dispense or withhold.

How free, we must ask, is a state that orders that A and B, say Bindu and Abdul, may not fall in love, or marry?

Of course, it’s not India alone. The oppressive idea that a nation belongs not to all but to its dominant section, an idea sometimes described as ethnonationalism, has taken hold in many nations. Capturing the Republican Party’s nomination in 2016, Donald Trump symbolised its success in the US for four years, but the American people have voted him out.

The world watches Trump’s desperate efforts to overturn the voter’s choice. “Enemy of the people” was his widely relayed slur (easily accessible on the internet) against Brad Raffensperger, the Republican secretary of state in Georgia, who oversaw his state’s voting, counting and recounts, all showing Biden’s win over Trump.

Throughout history, ‘enemy of the people’, ‘traitor’ and ‘anti-national’ are labels that coercive regimes have given to people voicing uncomfortable truths. The frequency with which some of India’s most powerful hurl such smears is an index of our coercion levels.

Talk of human rights for Kashmiris is thus ‘anti-national’ and clearly taboo.

It must be asked: If it’s okay for the world to demand justice for Tibetans and the Uighurs of Xinjiang, why is it not okay when Indians or non-Indians ask for rudimentary human and democratic rights for Kashmiri Muslims?

Where leaders fail, citizens must lead. The fight for human rights in India will make progress once citizens from the Hindu majority’s dominant castes recognise, without qualification, that Dalits, Adivasis and Muslims are our equals in human rights. When this recognition marks our everyday conversations, it may start to percolate inside government agencies and our media.

Another question: Shouldn’t fair representation be a human right in an India that is delighted when people of Indian origin, comprising a tiny minority, enter upper echelons in the UK, the US, and elsewhere?

However, “No Muslim will get our party’s ticket,” a BJP minister proudly declares in Karnataka, where Muslims form 13 per cent of the population. In UP, where 19 per cent are Muslims, there is not a single Muslim among the 312 BJP MLAs, in a house of 403.

The crushed political status of India’s Muslims is a recent phenomenon. In the first six decades following independence, a Muslim could become a president, a vice-president, a cabinet minister, a governor, a chief justice, a chief minister, a military chief or a police chief. India possessed norm-setting leaders who publicly, strongly and repeatedly rebuked discrimination or bullying. Today, top politicians feed ill-will and market it.

Then there is the “rehna hai to kehna hoga” challenge thrown at ordinary Indians walking down a street. “If you wish to live here, you must say this!” It lands like an assault. The right not to shout a slogan—the right of silence—is a sacred human right.

If you wish to say or shout something, go right ahead. Bellow it, if you like, to your heart’s content and your lungs’ capacity. Unless you’re close to my ears, I’ve no problem.

But don’t force me to say, whisper, shout, or sign, anything, no matter how noble its meaning may be for you.

I own my mind, and you don’t own my country, for which I have my own dreams. I want a land where all respect one another’s dignity.

Seventy-three years ago, in 1947, on that thrilling August day of Independence, Gandhi was in Calcutta. Predictably, he didn’t like it when an excited group tried to pressurise Britons in the city to shout, ‘Jai Hind’!  More than two decades earlier, at the crest of a powerful movement that intended to remove the Empire, Gandhi had written in Young India:

“I believe in loving my enemies … We must by our conduct demonstrate to every Englishman that he is as safe in the remotest corner of India as he professes to feel behind the machine gun.” (Dec. 8, 1921; Collected Works, 21: 551).

Today, as 2020 ends, are we proud that in remote as well as nearby corners of our land, many Dalits, Adivasis and Muslims are frightened? Instead of defending the vulnerable Indian, the state’s gun or lathi is often pointed at her.

Voting and elections are important. More than the vote, however, a silent fire in the citizen’s heart may finally restore our lost rights. This burning heart may reside inside a police officer, a magistrate, a judge, a teacher, an MLA, a TV anchor, a poet. Anyone.

Minor Pregnant After rape by 'Sir' in School #Vaw #WTFnews
The Brewing Unrest In India
Confessions of an RSS Pracharak’: Why this Book is a #MustRead
Goodnews- 77 Maruti workers of Manesar Plant get bail