India – It’s not the question of EVMs alone but Democracy at Stake, Unanimous call for #Back2Ballot 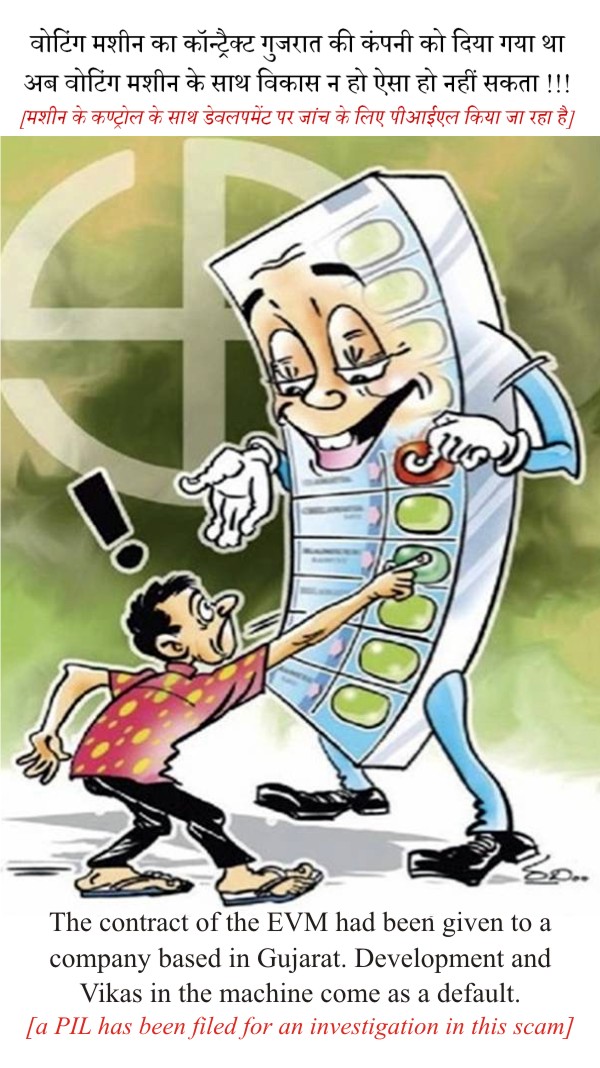 “JD(S) will not contest the Karnataka Assembly elections later this year, if VVPAT are not counted 100% and that’s a decision we have made”, Danish Ali, its Spokesperson. He further added that there is an atmosphere being created through television studios that one nation and one election should be brought in because multiple elections hamper development work. It’s a lobby and completely unfounded and is to pave way for one party and one leader rule, a dangerous trend for the nation.

The process of elections should be something the citizens of a country have complete faith in, EVM machines have been found to be faulty innumerable times, the democratic nature of the country is challenged every time an EVM machine fails. Given the fact that powerful democracies across the country have chosen to stay with the ballot system, India should rid itself of the many complications of the EVM system and simplify its procedures. “The electoral process should be so simple that anyone and everyone is able to vote and is also aware of the entire process of elections. The process of voting should be simplified to the bare minimum. In a democracy, every vote should be accounted for and there should be no talks of average numbers and/or rounding off of votes.” said Kavita Krishnan (CPI-ML). Mr Nilotpal Basu (CPM) reiterated the need to use the VVPAT system and make the entire process as transparent as possible, keeping in mind the satisfaction of the voter.

It is important to continue the debate in India because if EVMs are not tamperproof, Indian democracy is in danger as a vote becomes valueless in the process. However, from the stage of a debate, it is the responsibility of all political parties, civil bodies and the public to carry it forward and turn it into a movement to demand the return of the ballot system. Mr Gauhar Raza (Scientist) also made an impassioned argument for the ballot system, “The constitution gave us the right to vote and it gave that right to every single citizen. That is commendable because other countries had to fight to achieve it, our country adopted the universal suffrage right at the start. The tampering of EVM machines is an attack on our right to choose and our right to vote. The EC has stated 6 technical ways which prevent it from being tampered with, but there is no machine in this world that is impenetrable. That is the driving factor in the universal rejection of EVM machines.”

What is even more important is to demand that the Election Commission dive head first into electoral reforms. The Commission is losing its credibility as it continues to deny that EVM machines can be tampered with. The wards where the EVM machines had been tampered with, the EC made no outright moves to penalise those who manipulated the system. Ankit Lal of Aam Aadmi Party, added that EVM machines are produced by companies like the ECIL and the BEL, these companies are incapable of maintaining the machines on their own, therein lies the problem because they have to hire external technicians, train them and outsource the task of maintaining the machines to them. In the countless number of technicians, they hire locally, what is the guarantee that they are free form being politically manipulated?

The need for the ballot system stems from the fact that a voter can physically witness their vote being submitted, the chance of the votes being tampered with are minimum as the entire process becomes simple and there can be no glitches. The only concern here, that Mr Sunilam (Ex MLA, National Convener-NAPM) pointed out, will be that the election process will have to be extended by a few more days. For clean and transparent elections, surely this minor delay can be undertaken and managed.

Amarjeet Kaur of Communist Party of India and Nikhil Dey of Mazdoor Kisan Shakti Sangathan, said that unless every single voter is confident about their vote and its destination in the counting process, democracy will have failed. To ensure the same, we have to go back to the ballot system. Political parties should have raised commotion about electoral reforms in 2014 itself, no one did and in that moment, they failed their duty to change the system for the better. To make sure that the country doesn’t veer towards fascism, people have to be convinced that the electoral process is full proof and that their voices matter. That faith has to be rebuilt and enabled, the ballot system is the most appropriate.

In the light of the presentation and different opinions expressed by the leaders of political parties and civil society, it was expressed that it’s high time ECI took actions to repose faith in the elections. This can’t be left to the machines and the only way it can be done so by ensuring that the 2019 elections and for that matter every election in this country from the local self-governments to the national election be held on ballots. A need for citizens’ movement is what is needed today and can only be achieved if everyone joins in.