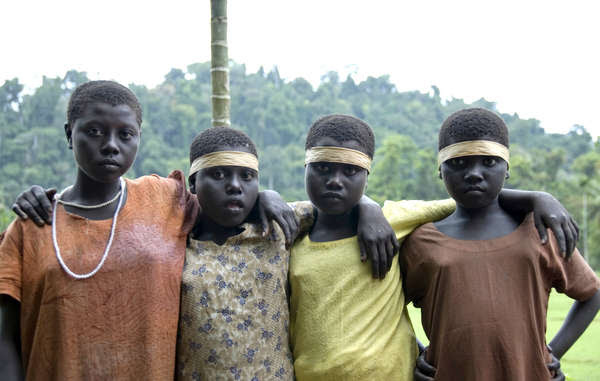 Jarawa women are being lured with alcohol and drugs and sexually exploited by poachers on their land.
© Survival

The journalist and activist Denis Giles is facing harassment by police on India’s Andaman Islands after he released rare first-hand testimony of the Jarawa tribe reporting the sexual exploitation of Jarawa women by poachers.

Denis Giles is the editor of local newspaper The Andaman Chronicle. Since breaking the story two weeks ago, he has been served six formal notices by the police, has been threatened with being sued for libel, and has undergone a total of five hours of interrogation.

Poachers enter the Jarawa’s reserve illegally and steal the game the tribe relies on for survival, and the Andaman Chronicle was the first to release the extremely rare audio clip of a Jarawa man complaining that poachers bring alcohol and marijuana into the Jarawa’s forest and sexually abuse the Jarawa women.

Denis Giles founded the local Andaman organization SEARCH to protect the interests of the Jarawa. In 2011, SEARCH joined Survival International’s call for a boycott of the Andaman Trunk Road, which brings hundreds of tourists through the heart of the Jarawa reserve every day.

Survival International’s Director Stephen Corry said today, ‘The Andaman police appear hell bent on persecuting the messenger, rather than prosecuting those poachers identified by the Jarawa man for exploiting Jarawa women. It’s hard not to see the relentless police pressure on Denis Giles as an attempt by the authorities to stop his newspaper exposing the exploitation of the tribe.’