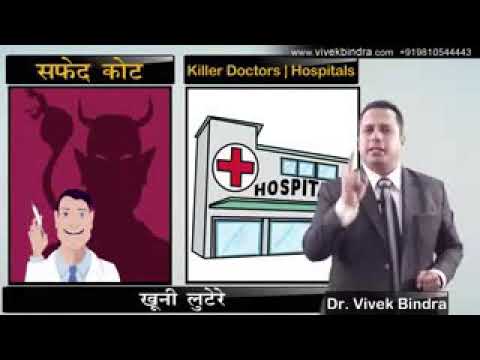 Patient Emmanuel was diagnosed with a tumour in May 2016 and was operated at Aster hospital.  He went back again in July 2016 and spinal cord fluid was removed. The total cost of treatment was Rs. 1 lakh 70 thousand. Since then he complained of frequent back pain.

In 2017, the patient the back pain worsened, so they first went to a tertiary hospital in Solapur. The neurologist said that since the patient had been treated earlier at Aster they would have to go back there itself. They went to NIMHANS (National Institute of Mental Health and Neurosciences) which is a government hospital. The hospital said that the neurologist Dr. Sampath was not available and no other doctor could treat the patient. They refused to admit the patient inspite of several requests. They said that since the patient had already been treated at Aster, he should be taken back to the same hospital. The family were not happy with Aster so they went to Columbia Asia where their older brother had been treated but the technician there asked them to go to Aster. After they went to Aster, a stent was inserted. Following that the patient was unable to move both his legs. A surgery was done the very next day. The patient did not show any signs of recovery. The hospital said that the cost of surgery had been Rs. 1.5 lakhs and that they would not continue treatment till this bill was settled.

The patient was on tracheostomy and could not communicate verbally with the doctors. He repeatedly wrote letters saying he was a government employee and would be able to pay back all their bills.

The hospital was very rude to the family. They would not let the family meet the patient. Most of the time the patient would be all by himself and the family was not allowed to meet him. When the family used to request for treatment they were made to wait for often two hours at a time before anyone spoke to them. The nursing staff did not know what to do with the patient but they had not been given orders by the doctors. Nothing was explained to family about condition of the patient during the time the family did not pay the bills.

Patient’s urinary catheter which was inserted on February 14th was only removed when the patient died.

Christanand says ‘they did not try to make him better’.

Food that was given by the Ryles tube used to come out of the tracheostomy site. The tracheostomy doctor would say ‘your surgeon has asked me not to come and see the patient’ this went on for 15 days.  A few days after tracheostomy tube was changed, the patient died.

The neurosurgeon said he was a hospital employee and that the management dictates what he should do. The doctor was ready to do the surgery, but the hospital management refused.

‘The hospital owner, Dr. Azad Mootel is based in Dubai. He has a facebook page. I got in touch with him.  They have a Mootel foundation. He asked me to get in touch with the Public Relations Officer, but they didn’t respond at all.’

The government of Karnataka has a Suvarna Arogya Suraksha Trust (SAST) which empanels and reimburses private hospitals. The Aster hospital was empanelled. The family had a BPL card and were eligible for the scheme. ‘The hospital told us that they were empanelled only for heart surgeries. We got in touch with SAST and they said the same thing to us. But I came to know through a doctor in SAST that even neurosurgery is covered, but both the hospital and SAST lied to us. ‘

The National Human Rights Commission responded by writing to the Principal Secretary but she didn’t do anything.

“I phoned and emailed the health minister but I got no reply. I wrote to the Principal Secretary Shalini Rajneesh, she said she could not do anything. She said you are at fault – who asked you to go to the private hospital. She also promised to get us the Chief Minister relief fund sanctioned but nothing happened.”

We spoke to some lawyers. They had come to the hospital to get my brother released. Police refused to file complaints. This was covered by TV9. The local MLA Rajashekhar Patel did not do anything about this. When all this was happening, my brother died. When the patient died, they asked us to pay Rs. 10 lakh to release the body. We said we don’t have any money.

The TV channel were ready to pay for the body to be released but I asked them why they should give money to the hospital now when they didn’t even treat my brother.  The Principal Secretary Shalini said that she would pay from her personal money to release the body. I told her ‘ You didn’t do anything when my brother was alive. Why are you paying now to release his body.’ We didn’t let her pay the hospital any money.

I had written to the Centre and State government. I wrote to Rashtrapathi Bhavan. I got a response from Rashtrapathi Bhavan (central Governors office) but it was of no use. I was ready to sell my kidney to make up some money. I searched online but they said I have to register with the Naitonal Kidney foundation.

My brother Emmanuel knows the MLC of RT Nagar very well and we are from the same Church. His son in law is a cardiologist in Aster. We approached him also but they did not help even one bit. WE are Methodists. Even the Bishop did not help us.

Even before coming here we sold our cows, goats, bike to make enough money for his treatment.

The DHO refers all patients to the same hospital. Government doctors from Gulbarga refer patients to Aster. This has happened to many patients. They have tie ups and SAST is ready to reimburse them.

There should be a service mind for doctors. They told me clearly ‘ we have taken permission and built this hospital only to make money’. Why does the government empanel such hospitals? They don’t use these hospitals for people at all

We don’t have a doctor in the PHCs in our area.

The hospital owner has got a Padmashree (award) and the brand ambassador for the hospital is Sachin Tendulkar (cricket player) who has also got awards. How can they endorse such hospitals?

My brother went walking into the hospital and came out a dead body.

Gujarat: Farmer commits suicide, wife immolates herself in front of his body
Complaint Filed With NHRC Over Dalit Scholar’s Arrest
#Goodnews - Solar Electricity Projected To Be Cheaper Than Power Grid By 2016
Joint Statement on Police atrocities and state repression on anti -posco struggle