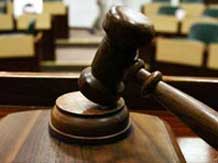 NEW DELHI: A law intern, who has allegedsexual harassment by a recently-retired Supreme Court judge, feels she is being looked at with “suspicious eye” when she appears before the apex court‘s three-member probe panel.

She also said the reason for delay in coming out with the sexual harassment allegation was that she feels Indian law is “not equipped enough to sensitively deal with crimes against women”.

The website ‘Legally India’, which was the first to come out with her story, on Monday quoted her interview to Wall Street Journal in which she said it took her time to come to terms with the fact that she had been assaulted.

“When I finally did, all that I wanted to do was to erase the memory from my conscience. This was a man I had admired, I looked up to him.

“Indeed, I pondered over the idea of legal recourse, but feared it would do more harm than good. First, my case would have dragged on for years. Second, defence lawyers would make me relive every violating moment in court – something I wanted to bury at the time.

“Third, in cases of assaults, where there is no physical evidence, it’s one’s word against another’s, really. There’s no reason why a law graduate would have won over a judge with a spotless record. Even now, for instance, when I appear before the panel, I feel I’m being looked at with suspicious eye. I have to constantly justify that I’m not lying, I’m not making up this story. I feel humiliated,” the website quoted her.

She also said it was ironic that she, being a lawyer, “does not think Indian law, or our legal system for that matter, is equipped enough to sensitively deal with crimes against women”.

The law graduate, who first made public the allegation by writing her ordeal in a blog, said though she had not expected it to go viral, she was happy that it has caught national attention and triggered broader debates.

The intern said earlier there was guilt and shame attached to being raped and assaulted. The words were a taboo.

“Now, more and more people are questioning why they should put up with harassment – on the streets, in their homes, and at their workplaces. ‘Why should we bear with this? We haven’t done anything wrong,’ they say.”

The intern added that she had told her family about the harassment five months after the incident in May 2013 and they were also not keen to file a formal complaint.

“When I told my grandmother I was assaulted, she couldn’t understand why I was making a big deal out of it. In fact, she didn’t even think it was wrong. ‘We have all been harassed at some point or the other,’ she (grandmother) would say.

“My mother, meanwhile, said what had happened was indeed wrong, but that I had to accept it and move on. ‘You don’t have any other option,’ she (mother) would say,” the intern said.

नरेंद्र मोदी: कंधा 18.5 इंच और सीना 43 इंच #NaMo #Feku
India - There is no Emergency
NHRC asks Odisha Govt to pay Rs 14 Lakh compensation to 56 women for sterlisation by Cycle Pump
Giriraj Singh row: For the record, nothing is ‘off the record’ anymore