India – Lockdown for some, lockup for others

More humane provisions are needed for prisoners, including political prisoners and those charged under special laws 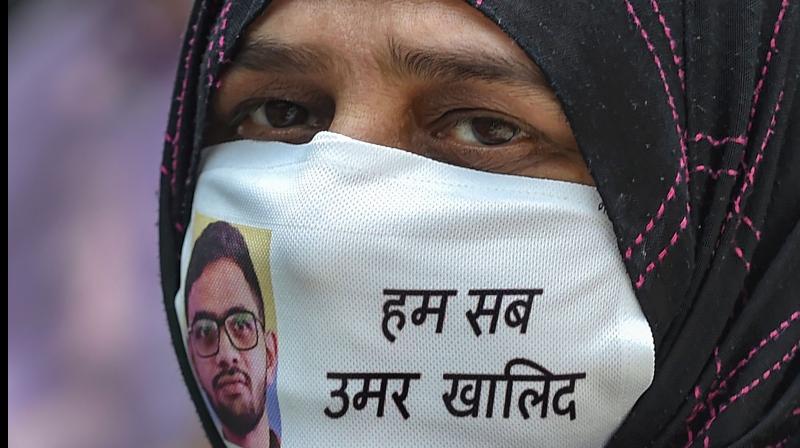 The UAPA and other special laws like CSPSA are called black laws because the crimes they seek to cover could be dealt with under IPC and because these laws give special, unaccountable power to the police.

It is obvious that the threat of the coronavirus, a communicable disease, is worst in places of high population density. The prison is one such place. About half a million persons are incarcerated in more than 1,300 jails scattered all over India. More than two thirds are undertrials.

While most prisoners are charged under some section of the Indian Penal Code (IPC), many are also incarcerated under “special laws”. Some, like the Unlawful Activities Prevention Act 1967 (UAPA), are all-India laws, but many states also have their own special laws, such as the Chhattisgarh Special Public Security Act 2005 (CSPSA).

Large numbers of undertrials have been incarcerated under these laws as part of the so-called war on terror, without due process.

Most of them are ultimately acquitted. For example, in the Jagdalpur central jail of Bastar subdivision in Chhattisgarh, the conviction rate is less than three per cent. Meanwhile, however, these undertrials often remain in prison for as long as seven-eight years or even more, because court trials are notoriously slow.

Those who are convicted are unable to appeal with ease because the high court is too far and the lawyers are too expensive. In any case they would be joining a long waiting list since the high court is currently attending to its backlog of pending cases (the last time I enquired, it was hearing cases filed in 2012).

As a human rights lawyer in the National Investigation Agency (NIA) and Sessions courts in Bastar, I have witnessed the anguish and frustrations of undertrials and their families whose cases do not move for years.

These “Naxali cases” may be under various sections of the IPC as well as under the UAPA or CSPSA. Many undertrials are prima facie innocent villagers who were picked up after a Maoist action in or around their villages (e.g. an IED blast or attack on a contingent of security forces).

Sometimes, a single incident involves many accused. Most of them are not named in the FIR because habitually the FIRs of such incidents are made out against known Maoist leaders or cadres of the area, plus “unknown persons”.

So these are the unknown persons who, after being picked up when they were sleeping, in the market or forest, or attending to other needs like a visit to the hospital, get labelled as “Naxali” for many years, until their trial is over.

There are many such cases involving a group of villagers. A particularly startling example is that of 120 villagers who were arrested from various villages in Sukma district after the Burkapal incident in which 25 CRPF were killed by the Maoists in 2017.

That incident is being tried in the NIA court in Jagdalpur and it is still at the initial stage of framing charges.

The UAPA and other special laws like CSPSA are called black laws because the crimes they seek to cover could be dealt with under IPC and because these laws give special, unaccountable power to the police.

It is only high-profile cases like those of Binayak Sen, Varavara Rao and others incarcerated in the Bhima Koregaon case that attract national or even international attention. While this attention is justified, most people do not realise that thousands of powerless, impoverished people face similar or worse injustice.

These people remain invisible, while their families, fleeced by local lawyers who squeeze them to the maximum, are forced to sell their land, trees or part with their savings to get them out of jail. No campaigns are organised for these people because they are largely invisible to the public eye.

It does not require much intelligence to see that this is the way in which the state troubles ordinary people to get back at the Maoists. For every actual Maoist, dozens of ordinary villagers get caught in this vicious web of harassment, lies, revenge and ruin.

In “Naxali” cases, bail is routinely denied in the sessions and NIA courts.

As per procedure, it is only after a bail is refused there that the accused can approach the High Court for bail.

In reality, as explained earlier, that option can be exercised by only a few. Bail is even more elusive during the lockdown, when its importance for the life and safety of the prisoner is greater than ever. They remain stuck in prison with mounting fear that the virus will get them as Covid-19 cases spread in Chhattisgarh prisons.

Ever since the lockdown started, family members and lawyers of the prisoners have also been denied “mulakat” (visits). There was a time, in the past few months, when the jails were not even accepting parcels from the families for the inmates.

In March 2020, the Supreme Court ordered state governments to consider releasing selected categories of prisoners during lockdown under parole or bail.  In Chhattisgarh, however, only a small minority of prisoners (barely 20 per cent) have been released.  Chhattisgarh jails are among the most crowded in the country.

More humane provisions are needed for prisoners, including political prisoners and those charged under special laws. For example, the 120 people charged in the Burkapal case could easily be in their villages (and report to the local thana if required) during this period.

They are likely to be safer in the villages, where the density of population is far less. Likewise, it is not clear what the state gains by continuing to incarcerate the disabled professor G.N. Saibaba, 81-year old Varavara Rao, now ill, or others incarcerated in the Bhima Koregaon case.

All these individuals have been working in full public view for decades and could be allowed to stay at home during the lockdown and beyond.

Ultimately, we need to do away with these authoritarian special laws. They have no place in a democracy. Greater attention should be paid to the rights and wellbeing of prisoners during the lockdown, the end of which is nowhere in sight.

As far as bail is concerned, it is time to return to the principle underlined by Justice Krishna Iyer in a Supreme Court judgement in 1977: “The basic rule may perhaps be tersely put as bail not jail.”