India losing its Mahabharat against Covid?

India is the only nation, to repeat, that has consistently been going up in terms of number of cases from the start till now 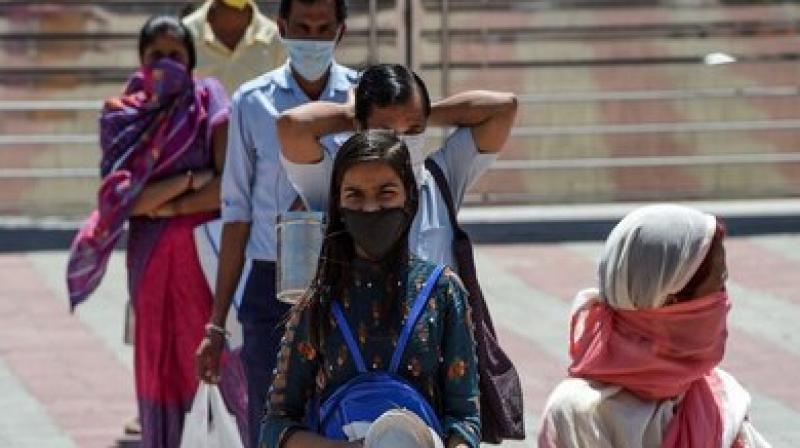 The “Mahabharat” against Covid-19 has been lost. India had registered more cases last week, about three lakhs, than any other nation including the United States. We are clocking over 60,000 cases a day and there is nothing to stop the number from going to one lakh a day and higher.

The only places in India that have registered a drop are the cities where the levels of infection are so widespread that half the city has already been touched, and the scope for increase is limited.

Nothing is stopping the spread of Covid-19. It may interest readers to know that India is the only nation to show a consistently exponential trend of growth. Our graph from the beginning of March till today is one that goes straight up and steeply.

This is not how other nations have responded. Europe saw peaks in March and then Italy, Spain, Britain and others have declined since then. America saw a peak in April, led mostly by the spread in New York, then a fall and now is seeing another rise in other parts of the country.

Bangladesh saw a peak in June and has since been in decline. Pakistan was clocking half the number of cases as India but peaked in June and has been dropping since, averaging less than 1,000 cases a day now.

Sri Lanka has been in total control of the epidemic and has only 300 active cases now, and a total of only 11 deaths since its first cases in March.

India is the only nation, to repeat, that has consistently been going up in terms of number of cases from the start till now. This was not the result expected when the Centre took charge of the problem on March 24, when we had 500 cases.

We have 30 times more cases each day today after various lockdowns, from total bans on all activity to a series of unlocks that nobody really understands any longer and almost nobody follows.

Even the police, initially enthusiastic about stopping movement, has lost interest across the country in trying to combat the plague.

The question is not whether we have lost the Covid “Mahabharat” because the numbers are clear. The question is why. The answer is that we never had a strategy to counter the pandemic.

The first lockdown was the biggest mistake we made. What Prime Minister Narendra Modi should have told the country was that this was a highly infectious disease but with a very low fatality rate.

People should be extremely cautious about not touching their face, washing their hands regularly and wearing a mask to protect others. They could go about their work and business otherwise.

What he did instead was to create panic across the entire country. By calling it a

“Mahabharat” and saying specifically we would win it in 21 days, he took the seriousness out of the fight against Covid-19. It would end after the lockdown is what he told us, and this was wrong. This was not a short and sharp battle that would be won or lost over three weeks, but a long one of vigilance rather than extreme measures.

The three-week strict lockdown was described by an Oxford University study as the harshest in the world. The lockdown in India, along with that in Mauritius, New Zealand and South Africa, was rated 100, meaning individuals had no freedom.

New Zealand peaked in March, Mauritius in April and South Africa in July. In India, it made no meaningful difference to the rate of spread. Not only that, it has comprehensively gutted the economy in a way that all of us can palpably feel at the level of each individual.

All of us are suffering in a way that we have not before in our lives. Those who are not yet, will soon do so. This is a recession, a word whose meaning none of us is familiar with.

The mismanagement of the lockdown has made India pay a real price, that it is still continuing to pay four months later. A report in the Hindu Frontline headlined “Surat: Silence of the looms” said 35 lakh migrants in the Surat area had gone back home after suffering great deprivation.

There was nobody to operate the machines and even markets that were open would be shut down when one positive case was discovered.

There was no plan to move forward and things were happening by default. If the workers return, and if the demand for fabrics returns, then the great manufacturing city of Surat would try to stand again on its feet.

Till then, things will continue the way they were. This level of incompetence is not to be found in any other nation that has been hit by Covid-19.

The truth is that Narendra Modi is attracted to the grand announcement. He likes the spotlight and the energy of the moment. Covid-19 was a struggle not of brief violence, an 18-day war like the Mahabharat, but a long one of carefulness and patience.

Other nations knew it and their leaders communicated it in that fashion. Mr Modi’s style has left us with 20 lakh cases and over 40,000 deaths, and who knows how many more to come.

The peak is nowhere in sight. And it has absolutely ruined an economy that was already tottering last year.

The writer is a senior journalist and columnist

Gujarat Tiffin Blast Acquittals After 14 Years: Anyone Accountable?
'I was raped on the behest of panchayat elders' #Vaw
Lynching of boy underlines how the curse of caste still blights India
#RIP - Sudha Varde a veteran socialist