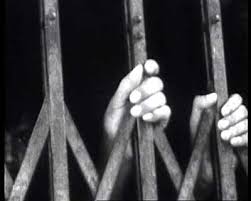 MUMBAI: City police commissioner Satya Pal Singh may not like human rights activists “interfering in cops’ job” but Maharashtra‘s abysmal record of custodial deaths points to the need for stricter enforcement of human rights in the state than anywhere else in the country. According to the National Crime Records Bureau of the home ministry, Maharashtra tops the list of custodial deaths in the country in the past 10 out of 12 years; in that entire period, it recorded about 23% of such deaths in the country.

Of the 1,242 custodial deaths recorded from 2000 to 2011, 297 was reported from Maharashtra. In 2011, the last year for which the data is available, most number of such deaths-40 out of 122-in the country are from the state. Among those 40, 32 of the accused had not been remanded in police custody by a court, pointing to alleged illegal detention by cops.

“The figures are shocking, especially for a developed state like Maharashtra, which boasts of a high level of literacy and is one of the wealthiest in the country,” said advocate Yug Chaudhry, who has fought for families of custodial death victims. Chaudhry is currently representing t he family of Julfar alias Rafiq Shaikh (35) who was allegedly tortured to death at the Dharavi police station on December 2, 2012.

The advocate says that in contrast to the 23% custodial deaths in 12 years, murder cases registered over the same period adds up to 8% of the national figure. “This could mean that while we have law-abiding citizens, our police believe in breaking the law,” Chaudhry said, adding that the almost zero conviction rate in custodial death cases in the past decade had fulled this blatant violation of human rights by the police.

Senior criminal lawyer Majeed Memon, too, voiced concern over the low conviction rate. “The Supreme Court repeatedly asserts that a custodial death is a graver crime than, perhaps, a case of murder. A person loses his life in the custody of an officer on whom the state has bestowed the duty to uphold law and protect every citizen.” He added that custodial deaths was the symptom of a larger malaise, the way police investigations tended to depend more on the use of third-degree methods instead of scientific procedures. “Such illegal methods are used not only to extract confessions, but also for the purpose of basic investigations or to recover incriminating material. This practice has to be condemned,” Memon said, adding that for effective prosecution of cops involved in custodial deaths, a strong political will, combined with help from the bureaucratic machinery as well as the police, was required. In the past decade, only four cases of judicial inquiry have been ordered into custody deaths in the state, while just 41 FIRs and 19 charge sheets have been filed.