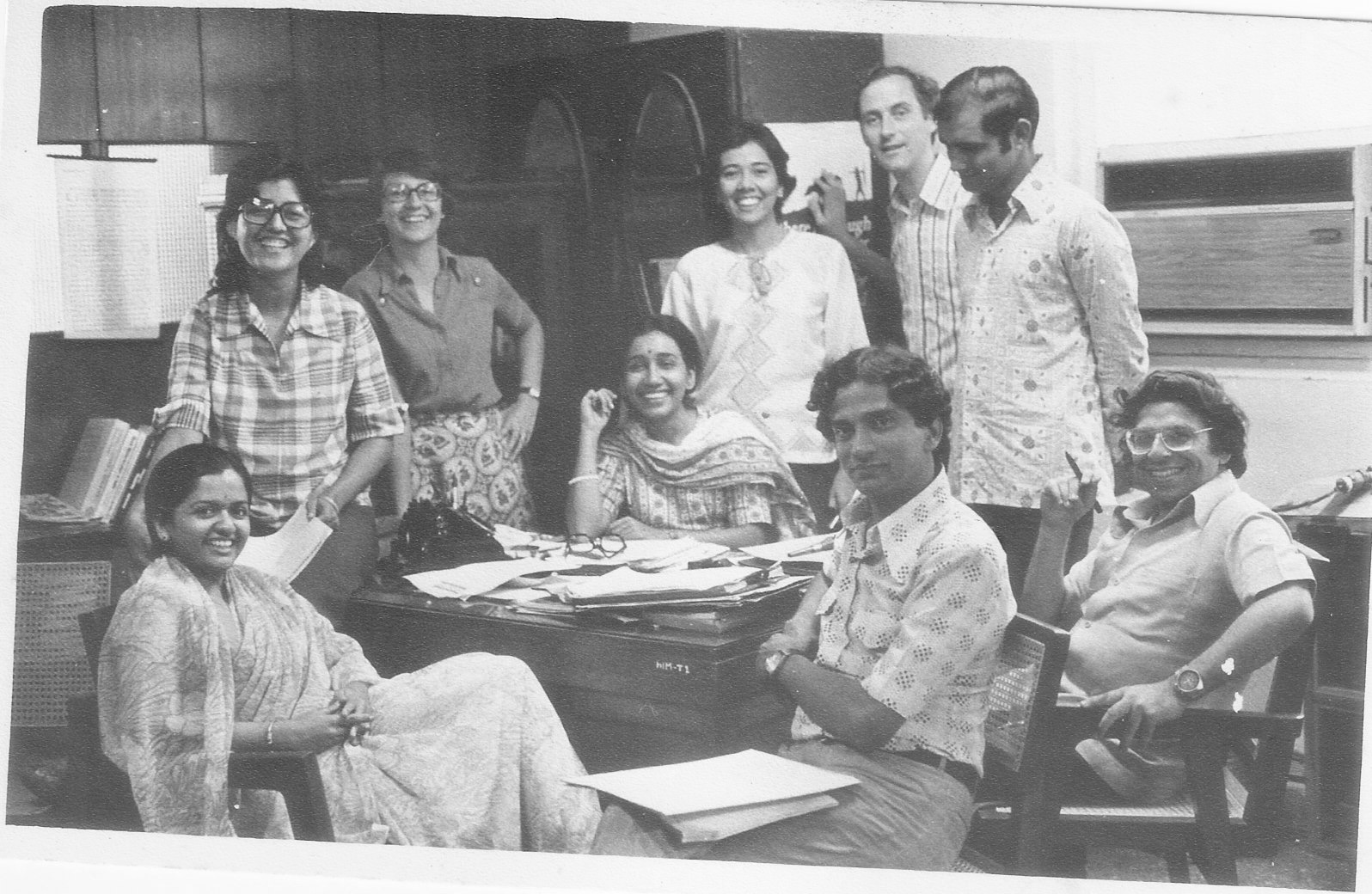 When the Emergency was declared on June 26, 1975, Kalpana Sharma was with Himmat, an independent news magazine, one of the few that chose to defy the censors and take an independent stand. Over the course of the next 21 months till March 1977 when the Emergency was finally lifted, Himmat got into trouble more than once with the authorities, but chose not to back down. During this time, Kalpana Sharma was in the direct line of fire as she took over the editorship of the publication in 1976 and was therefore directly responsible for everything that went into it.

In this interview conducted over e-mail, she talks of those days and draws parallels to today.

Q. How did the Emergency begin for you at Himmat? Did it begin right after the announcement or did things change over a course of time?

A. It began on the night of June 25, 1975 when the announcement of declaration of emergency was made on the radio. It took two or three days for the reality to sink in, that all opposition leaders had been arrested, that press censorship had been imposed, that fundamental rights had been suspended.

Q.What were some of the stories you wanted to run that were censored? Also, were there instances of self-censorship (yours or anybody else’s) you recall?

A. On October 2, 1975, a prayer meeting was held in Delhi at Rajghat. Amongst those present were Acharya Kripalani as well as the editor-in-chief of Himmat, Rajmohan Gandhi, who is a grandson of Mahatma Gandhi. They were arrested along with others at the meeting. Himmat ran a report of this in the issue of October 24, 1975. By then I was the editor of Himmat and I was summoned to the office of the Special Press Advisor, or Chief Censor, and told that we had violated censorship “guidelines” and that from that date onwards, Himmat would be under pre-censorship. Incidentally, one of the guidelines was: “Where news is plainly dangerous, newspapers will assist the Chief Press Adviser by suppressing it themselves. Where doubts exist, reference may and should be made to the nearest press adviser.”

As for self-censorship, the government had issued these “guidelines” within a couple of weeks of the imposition of the Emergency expecting the press to follow them, or to self-censor. But the interpretation of the guidelines was left to the individual publication. We chose to mostly ignore them or interpret them so loosely that it made no difference in what we published. Until, that is, when pre-censorship was imposed. After that, we had to submit every single piece of copy to the censor before sending it to press. Even here we took liberties and sent only the main articles and editorials, many of which were so heavily censored as to be rendered unusable. For a weekly, this meant that with our shoestring budget and tiny staff, we had to keep standby material for almost everything that we submitted to the censor.

Q. Any anecdotes of how you slipped one past the censors in those days?

A.There were certain columns that we simply did not submit. We had a humourous diary column written jointly by several people on the staff. We didn’t send this in and hoped that the censor would not catch the sly way in which we were trying to send across messages. We also had a column called This Was a Life in which we featured important women and men who had stood up for their rights. During this period, we made it a point to find people who had defied dictatorship and spoken up for their convictions. Our readers got the message. The censor, fortunately, did not catch on to what we were trying to do. 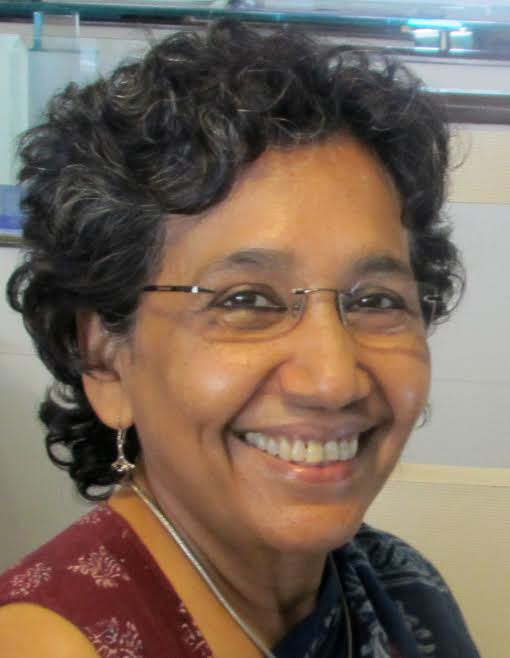 Q. Do you recall any puzzling/amusing censor guidelines from those days? Any parallels you want to draw with today’s scenario?

A.There are no parallels to the situation today except that for mainstream media then as now, the decision to comply or defy was determined by the owners and not by the editors. Today, too, it is the owners, who fear repercussions if they are too critical of the government, who are making their editors tone down any negative reporting or comment and if a paper is speaking up, it is because the editor has the backing of the owner. Himmat was an independent weekly run by a trust. Hence it was not constrained in this way.

Q. Many people believe that liberals are overstating their case when they state that we are facing an Emergency-like situation today? Things, some believe, aren’t as bad. Having observed both times, what would you say?

A. As I said earlier, the situation today does not resemble the emergency in that the opposition is not behind bars, there is no pre-censorship and fundamental rights have not been suspended. But the government has been successful in curbing criticism through indirect ways, by making journalists feel that they are vulnerable, by reducing the spaces where honest criticism can be made.

Q. In terms of the Opposition that existed then and that exists now, do you see any difference? Was the opposition to the ruling regime better organized as compared to today?

A. Before emergency was declared, there was growing opposition led by Jayaprakash Narayan (JP). Many young people were inspired and joined him. The JP movement took off even as George Fernandes called the first-ever railway strike in 1974. There were agitations in many places against the rise in prices. JP and his followers organised mass meetings in many places around India that openly questioned Indira Gandhi‘s government. Her supporters argue that she had reason to fear anarchy, especially when JP urged men in uniform not to obey illegal government orders. Compared to that, although there are spontaneous eruptions by Dalits, farmers and students, they are not organised in the same way. Perhaps they will eventually come under one banner.

Q.What about the quality of leaders, both in the opposition and in the ruling party?

A. People like JP were inspiring. They had integrity. There were others too but JP was the person around whom people rallied. Today, there is no one, on either side of the political divide with that kind of stature.

Q. Online trolling is a new form of goondagardi that we see these days. How is it similar/different from how the press was attacked in those days?

A. There is no comparison. At that time, the press was under direct attack from the state. Today, it is people organised and encouraged by the state who try and intimidate and threaten those who speak out. Given the violence on the streets and the lynchings, those who are threatened cannot take these attacks lightly. At the same time, the government can continue to pretend that it respects diverse views and freedom of the press. It is, in fact, far more insidious.

Q. There is a feeling that the press isn’t quite the ‘holy cow’ that is believed to be. The press (both print and the visual medium) have compromised themselves in many ways and when these are investigated, they cry that the freedom of the press is being attacked. What would you say to that?

A. “The press” or more accurately, the media, is a business. There are people employed in that business, the journalists, who are expected to make the product that has to sell. The content of that product is thus decided by how well it will sell. That sadly is what the media, not just in India but also elsewhere has been reduced to. The concept of a fourth estate in a democracy has been negated by this business model. And given that business relies on government, directly or indirectly, the government can dictate what the media can and cannot do. This does not mean that there is no brave, investigative journalism that holds power to account. But it is fast disappearing because it does not have the kind of backing it needs. That is why so much of that kind of writing is now appearing on digital platforms that are able to carve out business models that are different from the existing ones in the media.

Q. About the future of a fearless, independent press are you optimistic or do you think there is cause for despair?

A. I am optimistic because I see around me so many younger journalists infected with the same optimism and passion that we had in the 1970s when we worked with Himmat. They have a much tougher time, in some ways, but they are not giving up. And the evidence of that lies in the fact that despite all the efforts to intimidate the media, stories about atrocities, human rights violations, corruption in high places etc still keep coming out.