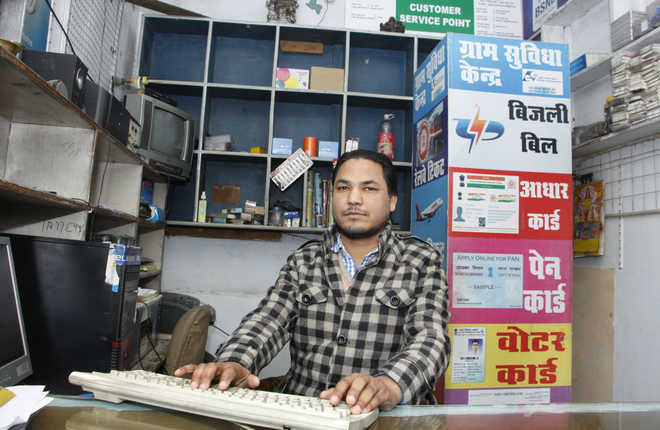 Thirty-two-year-old Bharat Bhushan Gupta is the man who reported the matter of illegitimate Aadhaar data access to The Tribune, which was followed up by the paper with an investigation of its own, aided by this whistleblower. However, he had first attempted to take an even more appropriate channel, approaching the UIDAI.

The Jalandhar-based Village-Level Entrepreneur (VLE) was on December 29 lured into buying access to the data by people who approached him on WhatsApp. But the moment he tried to check if the access worked by entering his own Aadhaar number and those of a few of his friends, he realised the information that showed up on the screen was more than he should be authorised to get. He could figure that out as he was a VLE who previously had legal access to Aadhaar data, but to a limited extent.

Gupta pondered over the matter for a couple of days, and decided to report. He dialled the toll-free helpline number, 1947, of the Unique Identification Authority of India (UIDAI). “I called up twice, but could only connect to an operator, who was unable to understand my concern. I told her since it was a technical and sensitive matter, she should put me through to a senior. She said no official was available in that office,” Gupta said.

Not getting a response from the UIDAI, he approached The Tribune correspondent, who, with Gupta’s assistance, approached the Aadhaar access sellers on WhatsApp and purchased another login in the name of ‘Anamika’.

This facilitated unrestricted access to personal details of Aadhaar number holders, as reported by The Tribune on Thursday. Why did the anonymous group target only VLEs? According to Gupta, it was a ready database of experienced people who had already worked with Aadhaar. They were lured into purchasing the access as their business had been interrupted, rendering them jobless.

“While the government had provided some VLE equipment free of cost, the majority of us had to pay up to Rs 3 lakh to representatives of the empanelment agencies assigned the task to set up the facilities. While I received the facility in January 2016, it became active in March, and was withdrawn in October, just before Diwali,” alleged Gupta, adding that many VLEs were hand-to-mouth and were unable to pay the instalments for the loans taken for the equipment.

“The offer to get full access to Aadhaar data for just Rs 500 was tempting to them, it would help them restart their business. While the government had specified Rs 20 for the printing of a card, they could charge anything from Rs 100 to 150 on the black market,” Bhushan claimed.

Right now, Gupta is being subjected to questioning by the police, but he is undaunted. “I am proud that I have managed to save the data of millions of Indians by reporting this issue,” Gupta said, sitting in his small shop in Rama Mandi area of Jalandhar.