utinely suffer sexual harassment at work in villages, the stranglehold of patriarchy and the scepter of social shaming hold them back from voicing their outrage and seeking redress 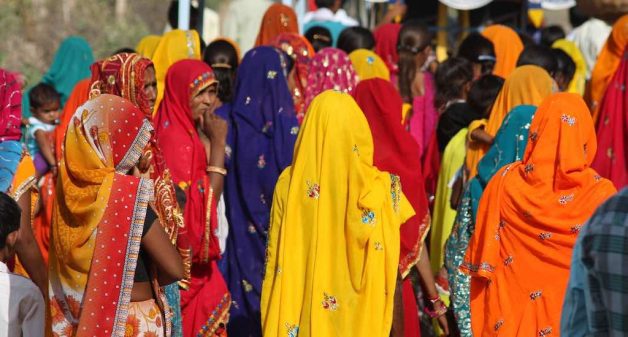 When Sumitra Devi, a resident of a remote village in Uttarakhand, has to collect fodder and firewood from the nearby forest, she is forced to travel in a group. The group provides her safety from wild animals, and more importantly, men. Going alone in the forest is a sure recipe of inviting unwanted attention from men, she says.

Kanti Devi of Maharashtra has to walk a few miles every day to fetch water for her household. She avoids going to her neighbor’s place to ask for water because the man’s gaze in that household makes her feel unsafe. “How would it look if a woman goes to the next house asking for water, when the head of the household has a different way of looking at women and has bad intentions?” she says. “Dignity is far more important than walking miles.”

In recent times, the #MeToo movement has reached its high noon in India with the exit of a high-profile former journalist in the Union Cabinet. It is sincerely hoped that the deterrence value of the movement is strong enough to discourage future perpetrators of condemnable acts on their women colleagues in workplaces. It is a hugely desirable phenomenon that should result in cleansing urban workplaces of this scourge of sexual harassment.

However, as desirable as the movement is, the current outrage has largely remained confined to journalism, media, film industry, a bit of academia and a few other urban professions. The phenomenon of men in positions of power in workplaces taking advantage of their position in making unwanted moves to shrink the space and hurt the dignity of women colleagues and workers would, however, seem to be far too widespread to believe that this covers all as of now.

Tales of sexual harassment and discomfort is dime a dozen in the villages of India. Rural women, particularly those from Scheduled Castes, Other Backward Classes, and tribal communities are easily among the hardest working people in this country. Their workplaces are out there in the open, and their work sectors are unorganized. The levels of patriarchal insensitivity and other forms of discrimination which they face are perhaps far more ubiquitous and abhorrent than reported in the current #Metoo movement.

Rural women fetch water for their families from public sources. In the absence of private bathing spaces, women need to take a bath right in the open often in the gaze of prying eyes of utter strangers. Women often trudge miles into nearby woods to collect twigs and lopping to burn at home or to sell to earn some money.

Women walk in difficult terrains to cut grasses to carry home to feed their animals. Women work on the farms of big farmers and also tend to their farms. Several of them work as domestic workers in the homes of the rich and the powerful in their villages. Women, living in rural areas that lie in the periphery of cities, commute to the cities to work as domestic workers in urban homes.

Increasingly, many hundreds of them migrate with their husbands to far off urban locations to live on footpaths as they work in insecure conditions in hostile social surrounds. Most of these activities are work activities — whether unpaid domestic work in their homes or paid work elsewhere. Sadly, virtually none of these workplaces can be said to be secure from the evil eyes and designs of unscrupulous men, and certainly not beyond the power of their employers. 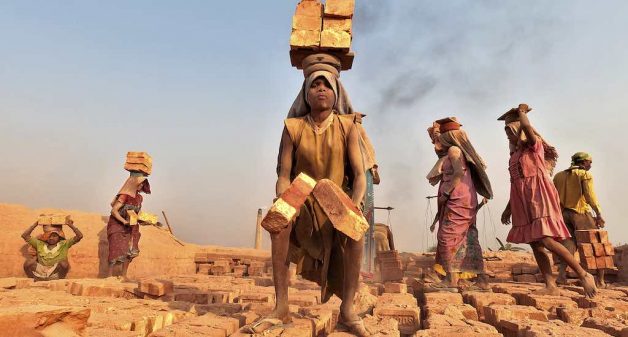 A survey conducted by Oxfam India and Social and Rural Research Institute in 2012 highlighted that 29% of women working as laborers and 23% as domestic workers are the most vulnerable category for workplace sexual harassment. They do not raise their voices for fear of losing a job and facing the stigma associated with it.

Here are some typical narratives of infringement of personal space and unwanted sexual advances which rural women have to negotiate routinely. They may sound anecdotal, but for each of them, hundreds if not thousands of instances can be produced in time.

Rural women working in construction industry and most unskilled labor in the construction industry from the huge poor of migrant rural labor face an almost institutionalized system of sexual exploitation at the hands of the foremen and contractors under whom they and their husbands work. Those who have worked with this group of workers will tell you that the choice is between agreeing to let her body be available at the call to the contractor or simply be thrown out of work, often along with the husband!

A survey done by an agency in Kolkata suggested that as many as 30% of women working as domestic workers have to routinely negotiate situations when male employers, often in the presence of their wife, would make overtures and worse. One woman, who was among the group in which these results were presented, shared that it may be better to become a regular sex worker than to go through such experiences in the boundaries of four walls of the houses where she works as domestic help.

This feeling behind such a statement highlights the emotional and physical trauma women working in these spaces undergo and yet have no means to make their voices heard.

Women who go into the forests or woods to collect firewood or fodder enter as a group, but over the day’s work, work in relative isolation from each other. They remain vulnerable and routinely face the rapacious eyes of those who hire them.

Dalit women in rural areas across the country often work as unskilled farm laborers or as retinue staff of the better-off people of the village. Innumerable stories from Punjab in the North to Tamil Nadu in the South highlight the same unseemly reality — they are seen as prey and preyed upon by the powerful almost as a matter of right. Resistance usually attracts severe reprisals inflicted at them, their husbands, their families and at times their whole neighborhoods.

So rampant is this phenomenon that this underbelly of our rural society has long since ceased to have news value and such atrocities on rural women thus become part of the social fabric. The matter becomes newsworthy only when violence or particularly heinous behavior occurs at the hands of the powerful men.

The burning need of safety and security of women did not trickle down to the context of rural areas, maybe presumed to be safer than urban cities, but neglected even though rural women make up 81.29% of the female workforce in India, according to Census 2011).

The sad reality is that these women will never be able to express outrage on #MeToo and seek redressal for they would not know the language, would perhaps not have the device and almost certainly not have any knowhow. Moreover, the perpetrators of these acts would typically not be men of prominence and standing, but men of fairly small stature and sweep. However, one hopes that in some form the #MeToo starts helping these disenfranchised, defenseless rural sisters in improving their work environments. It is necessary and the need of the hour.

Archana Chandola is a researcher at Vikasanvesh Foundation in Pune. Views are personal.