India – No toilets for women in PM Modi’s Gujarat Hometown

In PM Modi’s Gujarat Hometown, Vikas Has Skipped A Stop, Say Some Villagers 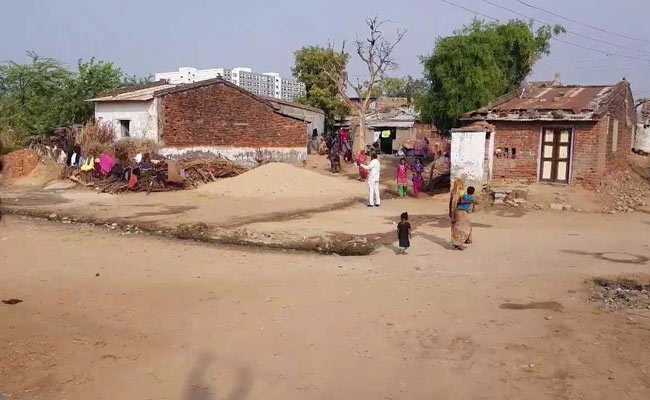 Deprived even of power and water supply, the Nadoi settlement feels invisible despite being just off the main road into Vadnagar, a town made famous by Prime Minister Narendra Modi’s evocative chaiwallah (tea seller) past.

In Vadnagar’s Nadoi settlement, people say they do not have toilets at home.

VADNAGAR: “VIP constituencies” are usually a pampered lot, but for a village in Gujarat’s Vadnagar, living in the Prime Minister’s hometown has not made much of a difference.

Deprived even of power and water supply, the Nadoi settlement feels invisible despite being just off the main road into Vadnagar, a town made famous by Prime Minister Narendra Modi’s evocative chaiwallah (tea seller) past.

Not far from the settlement is Vadnagar’s railway station, which is shut these days because it is being renovated as a major tourist attraction; this is where PM Modi is said to have sold tea as a boy. The station now has an impressive new exterior wall in pink stone and filigree work.

The 150 families of Nadoi wish the government’s makeover plane had included them. The PM’s toilet scheme would be a good start.

“We have to go outside. Not one of us has a toilet at home,” a woman tells us in Gujarati. The women point at open drains and the filth around them as proof of neglect. There is no electricity, no water supply and no gas either, they say.

“We have to walk to a well to draw water every day,” said another woman (name etc?). “We would like to vote but no one has ever visited us asking for votes.”

Ahead of voting for the assembly polls on Thursday, Congress president to be Rahul Gandhi had held a rally last week in the town and the Aam Aadmi Party of Arvind Kejriwal has fielded one of its 29 candidates for Gujarat in Vadnagar. But this community of daily wage labourers, mainly from the Other Backward Castes (OBC)-Thakor community, feels completely isolated.

At the local BJP office, where a brand new gate is being built, party men completely reject the charge that anyone could have been missed in what they call a development wave in Vadnagar.

“There has been so much vikas (development),” said Kamlaben of the BJP women’s unit.

“We have bus stands like airports, we have a new medical college, we have developed the Hatkeshwar temple at Rs. 17 crore,” she went on.

Asked about Nadoi, BJP leaders say that it is unfair to see that as an example of the state of development in the city. “It is all being covered slowly,” said Kamlaben.

AAP candidate Rameshbhai Ishwarlal says: ‘We are fighting for these people who have been overlooked.”

But the women of Nadoi say that they aren’t expecting their lives to change any time soon.

The results of two-phase voting in Gujarat will be declared next Monday.