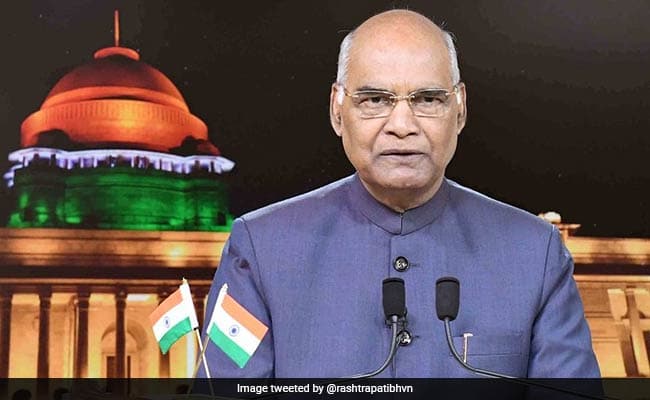 But the Army still alleges there’s no caste bias

New Delhi: Gaurav Yadav, a resident of Rewari in Haryana, has moved the Delhi High Court challenging the recruitment process of the President’s Body Guard (PBG). The petition claims that ‘preferential treatment’ has been provided to three castes namely Jats, Rajputs and Sikhs and that it ‘deprives other citizens of getting recruited to the PBG’.

Yadav, a six-foot-tall 19-year-old from Rewari, a city that is often called the ‘Nursery Of Soldiers’, was motivated to join the PBG and serve the nation. He then saw a vacancy notice in a newspaper, but after inquiring, he learned that only Jats, Rajputs and Sikhs were eligible to apply for the job and on account of him being an Ahir, he was left with no chance to even give it a try. “After brief research, I found out that I was not eligible for the selection process because of my caste, despite adhering to all the physical and educational qualifications.” said Yadav.

The Delhi High Court has now sought a response from the Centre and the army chief. A similar public interest litigation (PIL) was filed in 2012 by Dr Ishwar Singh challenging the army’s recruitment process. Another plea, that was made specifically regarding recruitment to the PBG, was filed in 2017. Both petitions were dismissed by the Supreme Court. In its response to the PIL filed in 2017, the court said, “How can a PIL be entertained against the president who is the Head of the Republic? We do not get into these kinds of PILs.”

Singh said he had been a keen observer of the army’s recruitment process for years. He said, “Years ago, a tall athletic youth came to me for treatment and soon as I started writing the prescription, the youth told me to prescribe cheap drugs as he was unemployed. I suggested he join the army as he was physically fit, to which he said, ‘People from our caste have almost no recruitment in the army.’ I was shocked after hearing this and since then have been fighting against the recruitment process. I have also written a letter to prime minister to take action in the matter.”

Why only three castes?

An RTI reply (see below) revealed that the class composition of the PBGs has only Sikhs, Jats, and Rajputs with each caste having a share of 33.1 percent. The RTI reply also states that enrolment into the PBG is only allowed to Sikhs, Jats and Rajputs as general soldiers, apart from clerks and tradesmen who are recruited on an all-India basis.

Back in 2013, in response to Singh’s petition, the army admitted that recruitment to the PBG is only open to these three castes. However, in an affidavit submitted to the Supreme Court, the army rebutted the allegation that recruitment is done on the basis of caste and religion. The affidavit said PBGs are placed under the president’s secretary and are mainly tasked to perform ceremonial duties that require common height, built and appearance. The army in its reply added that the PBG has three troops and therefore, only three classes could be represented.

Many experts argue that even though the process does not discriminate on the basis of caste and religion, it could lead to youths forging certificates. In June last year, The Tribune reported five youths forging their residential, caste certificates to join the army. According to the report, the youths, belonging to other backward classes (OBC), forged their caste certificates so they could apply for a specific regiment of the army as Rajputs. The army at the time maintained its stance saying the recruitment is not conducted on the basis of caste, but it has caste-wise vacancies for the respective regiments. These youths forged their caste certificates knowing that a vacancy existed in the Rajput Regiment.

The single class regiment classification in the army was initiated by the British in the 19th Century after the 1857 uprising. After Independence, the army continued that status quo but avoided the formation of any such new regiments. According to reports, the army had made considerable efforts to raise All India-All Class regiments in which recruitment is made from all classes and regions without any reservations.

Ram Naresh Yadav, the lawyer through whom both Yadav and Singh filed the petition, argued that the recruitment process is in violation of Articles 14,15 and 16 of the Constitution. He said, “Even though PBGs are mainly tasked to perform ceremonial duties they cannot be exempted from adhering to the Constitution. The recruitment process contains a despotic classification that is based on caste, hence, being in the nature of class legislation, it stands in complete violation of Article 14. Also, the process stands in violation of Article 15(1) — that prohibits discrimination on the basis of caste, colour, religion, race, sex and place of birth — and Article 16 that ensures equality in public employment.”

The PBG is a small unit of approximately 150 troops placed under the President’s Secretariat. It is the senior-most in the order of precedence of all the regiments of the Indian Army. The first PBG unit was raised in 1773 by the then governor Warren Hastings. The battalion was first coined as ‘the Guard of Moguls’, but with India gaining Independence, it came to be known as the President’s Bodyguard. PBGs are expert horsemen and are train regularly in that discipline. They accompany the president at various events and play a very important role in ceremonies at the Rashtrapati Bhavan. Currently, the PBG recruitment process draws a huge number of applicants with 10,000 youths applying for just nine vacancies.