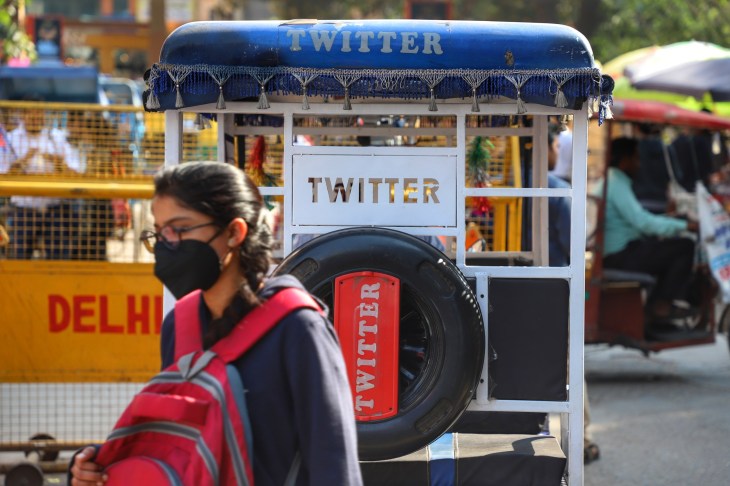 Twitter and Facebook have taken down about 100 posts in India, some of which were critical of New Delhi’s handling of the coronavirus, to comply with an emergency order from the Indian government at a time when South Asian nation is grappling with a globally unprecedented surge in Covid cases.

New Delhi made an emergency order to Twitter and Facebook to censor over 100 posts in the country. Twitter disclosed the government order on Lumen database, a Harvard University project. The microblogging network and Facebook complied with the request, and withheld those posts from users in India.

TechCrunch reported on Saturday that Twitter was not the only platform affected by the new order. Facebook, which identifies India as its largest market by users, didn’t immediately respond to a request for comment Saturday.

The Indian government confirmed on Sunday that it ordered Facebook and Instagram and Twitter to take down posts that it deemed posed potential to incite panic among the public, hinder its efforts to contain the pandemic, or were simply misleading.

(Credit where it’s due: Twitter is one of the handful of companies that timely discloses takedown actions and also shares who made those requests.)

The world’s second largest nation — which has also previously ordered Twitter to block some tweets and accounts critical of its policies and threatened jail time to employees in the event of non-compliance — comes as the country reports a record of over 330,000 new Covid cases a day, the worst by any country. Multiple news reports, doctors, and academicians say that even these Covid figures, as alarmingly high as they are, are underreported.

Amid an unprecedented collapse of the nation’s health infrastructure, Twitter has become a rare beam of hope in what it describes as one of its “priority markets” as people crowdsource data to help one another find medicines and availability of beds and oxygen supplies.

In a statement, a Twitter spokesperson told TechCrunch, “When we receive a valid legal request, we review it under both the Twitter Rules and local law. If the content violates Twitter’s Rules, the content will be removed from the service. If it is determined to be illegal in a particular jurisdiction, but not in violation of the Twitter Rules, we may withhold access to the content in India only. In all cases, we notify the account holder directly so they’re aware that we’ve received a legal order pertaining to the account.”

“We notify the user(s) by sending a message to the email address associated with the account(s), if available. Read more about our Legal request FAQs.  The legal requests that we receive are detailed in the bianual Twitter Transparency Report, and requests to withhold content are published on Lumen.”

India has become one of the key markets for several global technology giants as they look to accelerate their userbase growth and make long-term bets. But India, once the example of an ideal open market, has also proposed or enforced several rules in the country in recent years under Prime Minister Narendra Modi’s leadership that in some ways arguably makes it difficult for American firms to keep expanding in the South Asian market without compromising on some of the values that users in their home market take for granted.

The story and the headline were updated to incorporate details from the Indian government’s statement.