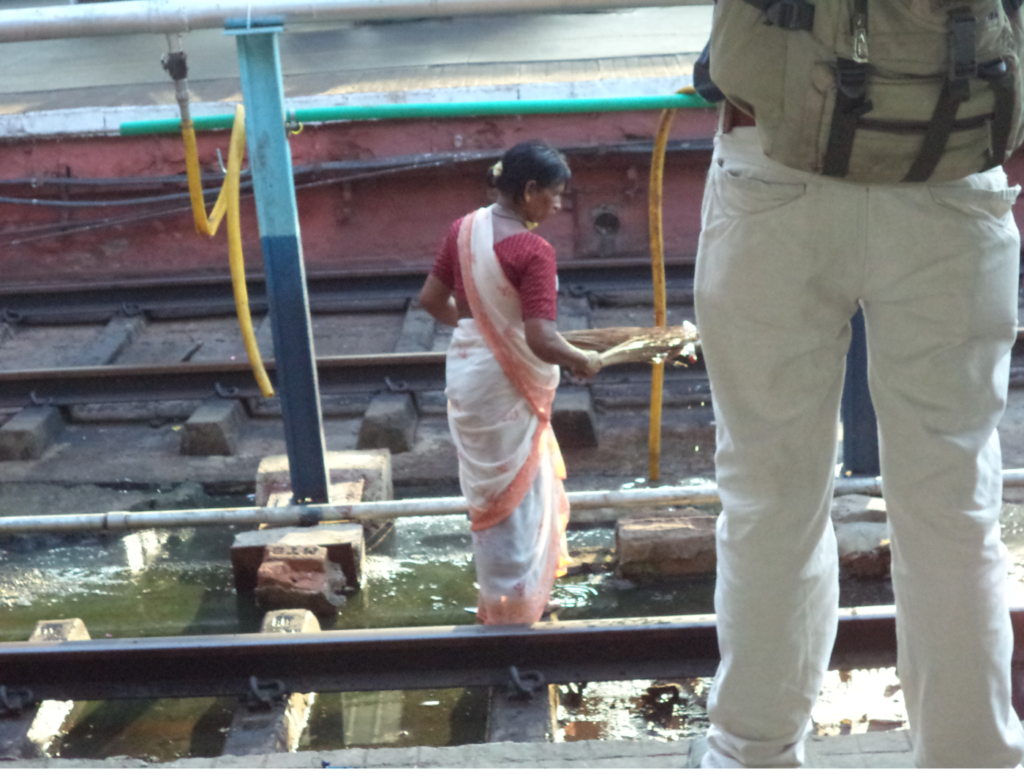 Growth has remained the buzzword in Indian polity for decades now. It started after the unprecedented economic crisis that the country faced in early 1990s and never really went away after that. It, rather, almost consumed the other big word- development, which now returns to election rallies and then disappears again until the next elections.

Ironically, overuse of the concept of growth to delude the citizenry into believing that things are going fine has been so rampant that the mere mention of the term growth seems to evoke a positive response. Should one not be happy then, at this new, fourfold growth in the number of Manual Scavengers- engaged in the dehumanising practice of manually cleaning human excreta and other such filth?

An inter-ministerial task force of the government of India has found 53,236 people involved in manual scavenging in India, a four-fold rise from the 13,000-odd such workers accounted for in official records until 2017. Sadly, the numbers, though shocking, can only be a gross underestimation of the real number as the survey was conducted in only 121 districts out of more than 600 districts in India. Further, the survey excluded those involved in cleaning sewers and septic tanks flouting an order of the Supreme Court of India that counts them as manual scavengers. In addition to this sham, the survey does not include the data from the Railways, the largest employer of manual scavengers. Finally, the underreporting is also witnessed from the fact that while the national survey puts the number of scavengers at 53,000, the same for the state governments is only 6,650, a definite proof for underreporting.

The increase in the number of manual scavengers comes despite the fact that the practice has repeatedly been outlawed – first in 1993 by an act titled The Employment of Manual Scavengers and Construction of Dry Latrines (Prohibition) Act, 1993 passed by the parliament of India. Two decades later, the parliament of India replaced the act with a far more stringent act titled The Prohibition of Employment as Manual Scavengers and their Rehabilitation Act 2013.

The Supreme Court of India too has repeatedly outlawed manual scavenging and ordered the Union government as well as all state governments to enforce the provisions of the 2013 Act strictly. It did so most comprehensively in its order in Safai Karamchari Andolan and Ors. Vs. Union of India (UOI) and Ors. Case (citation: 2014(4) SCALE165). In this order, the Court did not merely outlaw the already outlawed inhuman practice but also ordered the states to put an immediate end to the same while categorically expanding the definition of manual scavenging as to deny the authorities the loopholes they often manipulated to keep sewer workers and septic tank cleaners out of the manual scavenging list.

It brought everyone who cleaned dry latrines (the toilets without flushing needing manual removal of excreta), brought sewer workers and the septic tank cleaners under the ambit of the act and fixed command responsibility for implementation of the law with the chief executive officer (or equivalent authority) of the local civic body. It also ordered immediate rehabilitation of those found engaged in the practice and fixed compensation for the manual scavengers who lost their lives doing the dirty work.

Yet, as is evident by the increase in the number of manual scavengers as per government’s own data, it is evident that the law has been flouted even by the government agencies. Further evidence for the same comes from the fact that perhaps not even one Chief Executive Officer of any civic body has ever been convicted despite cases of manual scavenging getting exposed from across India. In fact, the government of India itself acknowledged 323 cases of death due to manual scavenging from across the country in 2017 alone in a reply given by the Ministry of Social Justice and Empowerment to the Lok Sabha in December last year.

It is perhaps time for the judiciary to start following up on its own orders as the executives have made it clear that they will not. If it cannot, it will better scrap the law rather than turning them into cruel jokes for those whom they are supposed to save.

Bandwagon derailed: Modi trips up in Bihar
Abortions not safe, legal or rare in Latin American and the Caribbean #Womenrights
Passengers aimed cellphones toward woman being raped on Pennsylvania train, but didn’t help
India - When migrants can’t vote, why the rush to let NRIs?