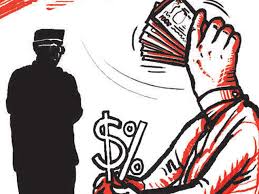 Should Corporate Donations to Political Parties be Banned?
The petition filed in the Kerala High Court has presented a case in the interests of citizen welfare for banning corporate donations. A petition was filed on April 12, in the Kerala High Court at Ernakulam, that challenged the system of corporates funding political parties in India. This comes as a step further than merely seeking to outlaw foreign contributions to political parties. The petition bases its entire case on the idea of the welfare State being compromised by corporate interests

The petitioner, Victor T. Thomas prayed for the following reliefs as well for a moratorium on corporate donations to political parties during the pendency of the petition;

The petition had alleged that these laws adversely affect the right of citizens to conduct free and fair elections through a democratic process. This would arise as the outcome of an election would result in corporates having direct or indirect control over an elected government and elected representatives. Therefore, the corporates can influence the policies and regulations in their favour and that would be detrimental to the welfare of the citizens.

The way the idea of welfare State ties into this petition is that a welfare State is committed to the welfare of its citizens. The petitioner evoked Articles 38 and 39(b) and (c). Though both of these fall within Part IV of the Constitution – Directive Principles of State Policy – and are hence not justiciable (they cannot be enforced by a Court), they still remain guiding principles in framing legislation. Article 38 places a duty on the State to secure a social order to promote the welfare of the people. Article 39 lays down certain principles of policy that the State must follow. Clause (b) states that “the ownership and control of the material resources of the community are so distributed as best to subserve the common good”. Clause (c) states that “the operation of the economic system does not result in the concentration of wealth and means of production to the common detriment”.

These provisions when read together raise many questions about laws and amendments that have been passed. In the words of the petition, “[u]nder the influence of corporate, the Government policies and regulations are being laid down which are detriment to the common interest of citizens such as price hikes on commodities, elimination of level playing for small entrepreneurs, giving of natural and other resources of the State to corporates at undervalued prices, relaxation of norms and condition etc.”

Though unlikely, if the Judiciary were to declare corporate functioning unconstitutional – which the petition is actually all about – the outcome would be very interesting. It is also possible that the electoral bond scheme, which the petition has not mentioned, will become the way out for the corporates. The electoral bond scheme provides only for ‘individuals’ to purchase bonds. However, the scheme has already been criticised for its lack of transparency, which then can be easily taken advantage of by corporate interests. The books can be cooked, and the bond purchased by the CEO, MD or any other functionary in the company. Thus, this petition has rightly pointed out one part of the problem, but, missed the latest loophole.