#India- PIL Congress, BJP, AAP get ‘foreign’ funds from #Vedanta and others 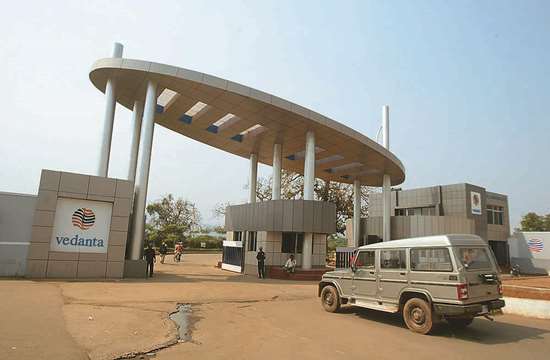 It’s something that unfailingly raises the spectre of the ‘foreign hand’. Now,  foreign funding is being debated hotly again. This time around, it’s our political parties that find themselves in the crosshairs. Two PILs at the Delhi High Court have questioned donations made by ‘foreign’ entities to leading political parties, incl­u­ding the Congress, the BJP and the Aam Aadmi Party. They claim these donations contravene the Foreign Contribution (Regulation) Act 2010 and its earlier 1976 version, which both prohibit funding of political parties from a ‘foreign source’.

The first PIL was filed earlier this year by the Association of Democratic Refo­rms (ADR) and former bureaucrat E.A.S. Sarma, challenging contributions made by Vedanta’s Indian subsidiaries and other firms to the Congress, BJP and oth­­ers. The other one, filed last month by advocate M.L. Sharma, questions ‘NRI’ donations AAP claims to have received.

Some of the controversial donations men­tioned in the first PIL include large­sses running into several crores from Sesa Goa Ltd between 2004 and 2010, Sterlite Industries (India) Ltd, the Madras Alu­minum Co Ltd (all part of the Vedanta Res­o­urces empire and whose 2012 ann­ual report cites political donations worth $2 million in India), Honda Siel Car India Ltd, Dow Chemical Intl Pvt Ltd, Nippon Investment and Finance Pvt Ltd, Hyatt Regency and Adani Wil­mar Ltd. The inf­o­rmation has been gat­hered using declarations filed by the par­ties and other sources. The fact that the authorities failed to check statutory violations by Vedanta’s arms such as Ste­rlite or Sesa Goa is being suggested as a possible quid pro quo for these donations by the PIL. It also calls for a “court monitored investigation”, citing a “clear situation of conflict of interest”, given former Union home minister and finance minister P. Chidambaram’s past association with Vedanta. (He resigned as its non-executive director in May 2004.)

After the court issued notices to the government and the parties, the home ministry—in sync with arguments presented by parties such as the Congress and the BJP—argued in August that eight of the nine companies mentioned cannot be classified as ‘foreign’. This is because either the majority stakeholder is an Ind­ian (Anil Agarwal in the case of Ved­anta Resources) or because they do not violate Sec 591 of the Companies Act, 1956, that defines a foreign company as one that has been incorporated outside India, with a place of business in India.

“The home ministry is acting in bad faith because the same parties that violated the law run the government. This is also the same ministry that cracks down on NGOs in Koodankulam…for allegedly using foreign funds for political purpo­ses,” says Pranav Sachdeva, advocate for the petitioners. According to their rej­­o­inder, the FCRA defines an Indian sub­si­diary of a foreign firm or MNC as a ‘for­­eign company’. The next hearing in the case is slated for January. Sachdeva is an associate of lawyer and AAP leader Pra­shant Bhushan, also an advocate for the petitioners in this case and whose party, ironically, faces a similar PIL.

In response to advocate M.L. Sharma’s petition, the court instructed the Centre to inquire into AAP’s accounts for any FCRA violations and, if any, act by the next hearing in December. AAP, which rece­ived donations from several NRIs, says it is ready to submit itself to any investigation. Sharma, whose 2012 petition in the Supreme Court concerning the allocation of coal blocks also que­stions donations made by Vedanta to political parties, argues that even NRIs donating to AAP ought to be considered as foreign sources if they aren’t residing in India for over 180 days every year and filing tax returns in India as per the IT Act. “They cannot cha­llenge the country’s law and claim no one can take any action against them,” says Sharma. Can the broom sweep away the charges littered around AAP?