Public-interest litigation has been filed in India’s top court asking for a special investigation into claims the Adani Group and other energy companies inflated coal and equipment prices to siphon money from India.

In August the Guardian revealed details of a massive fraud investigation into the Adani Group, an Indian conglomerate preparing to build one of the world’s largest coal mines in Australia.

According to Indian customs intelligence documents from 2014, the Adani Group was accused of inflating the cost of electricity equipment for two power projects in Maharashtra state using fraudulent invoices. Authorities valued the alleged scam at nearly 15bn rupees (£177m). 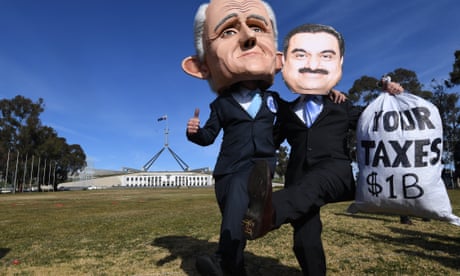 The Adani Group has been cleared on similar allegations in a separate fraud case that had been valued at about 39bn rupees. The alleged 15bn-rupee scam is still awaiting judgment and Adani has fully denied any wrongdoing.

A public interest lawsuit filed this week asked the Indian supreme court to order a “thorough” probe into the over-invoicing allegations against the Adani Group and other energy and mining companies.

The writ alleges the Adani Group, the Indian company Essar, and several others inflated the price of power equipment and coal “in order to cheat the people and to siphon off funds from public companies”.

Subsidiaries of Essar and the Adani Group are among 40 companies who have been accused of using front organisations to increase the price of coal they mined from Indonesia. The total value of the alleged scam has been estimated at 290bn rupees. 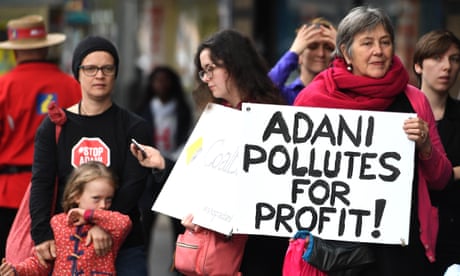 If the allegations are true, the price inflation would have allowed the companies to move money from their Indian balance sheets into overseas accounts, where the funds would be harder to tax or account for. It would have also led to higher power prices for Indians.

The lawsuit accuses the companies of “cheating the shareholders and the tax authorities, in addition to cheating the consumers”.

Senior lawyer Prashant Bhushan and two Indian legal centres have drafted and funded the litigation, which will now be reviewed by the supreme court.

The petition criticised the “shocking” decision by India’s Directorate of Revenue Intelligence (DRI) to dismiss the complaint against the Adani Group in the 39bn-rupee fraud case.

It accused the agency of dealing with crucial evidence “in a casual manner” and said the timing of the decision – more than three years after the allegations were first levelled, and days after the Guardian’s story – was “very curious”.

Congress, India’s largest opposition party, has also publicly called for the supreme court to investigate the allegations of invoice inflation against the Adani Group.

News of the investigation led to calls in Australiafor the Adani Group to be denied a $700m loan to build a railway link between the proposed coal mine and a port on the Queensland coast.

The proposed Queensland mine, which would be Australia’s largest, has been the source of years of controversy, lawsuits and protests over its possible environmental impact.

Expanding the coal port to accommodate the mine will require dredging an estimated 1.1m cubic metres of spoil near the Great Barrier Reef marine park. Coal from the mine will also produce annual emissions equivalent to those of Malaysia or Austria according to one study.

A spokesman for Essar said: “We strongly and categorically deny the allegation. The company is cooperating with the agency and has already provided necessary clarification.”