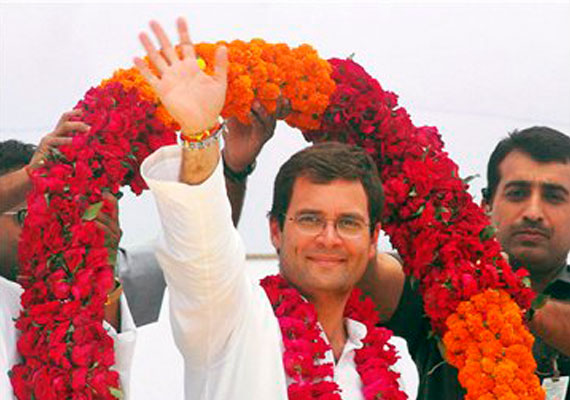 If Rahul Gandhi’s remark about Pakistan being in touch with Muzaffarnagar’s Muslim victims has any relevance, it is in Mumbai. The March 12, 1993 serial blasts remain till date, the only Pakistan-backed act of vengeance proven to have been committed by Muslims as a reaction to communal violence, ie, the riots that tore through this city after the demolition of the Babri Masjid.

Despite that, Rahul Gandhi’s remark is an insult to the majority of Muslims who suffered in those riots.  Farooq Mapkar is one such. Then just 25, Mapkar was inside Wadala’s Hari Masjid, getting ready for namaz, when a bullet hit him on his shoulder. Sub-inspector Nikhil Kapse had just stormed the masjid, killing six Muslims, four of them inside the masjid. Mapkar was arrested with 50 others from the spot, and charged with rioting and attempt to murder. This despite no policeman or Hindu being injured by them, nor any property damaged.

In 1998, the Justice B N Srikrishna Commission of Inquiry into the riots held Kapse guilty of unprovoked firing and ‘‘brutal and inhuman behaviour’’, and recommended strict action against him. Rahul Gandhi’s party that has ruled the state since 1999, refused to act, and Mapkar has fought alone to get Kapse punished. He succeeded in getting the court to order a CBI inquiry, but even the CBI exonerated Kapse. For the last one year, Mapkar has been trying to get the documents on the basis of which the CBI took this decision; on Monday, the CBI agreed to release the documents.

Mapkar has been a victim multiple times. First an unprovoked firing, then a false case, from which he was acquitted after 16 years, then the ‘secular’ Maharashtra government rushing to the Supreme Court to save Kapse from the CBI, and now the CBI. If anyone needs help, it’s this bank peon. Why hasn’t Pakistan approached him?

Hours after Rahul Gandhi’s remark made news, an angry Mapkar called up this columnist. “My fight has taken 21 years, and I’m going to keep fighting as long as the courts allow me. What is Rahul Gandhi talking about? He’s giving the police a handle to harass Muslim riot victims.’’

Tahir Wagle’s 16-year-old only son Shahnawaz was shot dead during the riots while being led away by the police, even as his distraught sister and mother watched. Justice Srikrishna described his killing as “a cold-blooded murder’’ and recommended an inquiry by an impartial agency. But till date, the Mumbai police insists that Shahnawaz was shot while rioting. In 2011, all the others ostensibly rioting with Shahnawaz were acquitted. This didn’t change anything for the Wagles.

Early this month, Wagle made his wife go on a fast, asking for an inquiry into Shahnawaz’s killing.

The frail, soft-spoken woman fasted for a few days inside her home. Nothing happened. The police did visit — to threaten her with action for attempting suicide! As the Supreme Court sits on a petition filed in 1998 to get the Srikrishna Commission Report implemented, the Wagles know they’re at the end of the road now. Wagle is distantly related to Dawood Ibrahim; yet, Pakistan has been nowhere around.

575 Muslims died in the 1992-93 riots. None of their killers were punished, though many victims fought long in court, facing government apathy and hostility. Children grew up without fathers; saw their mothers step out of home for the first time to feed and educate them. Where was Pakistan? Before using them to attack his rivals, Rahul Gandhi should spend some time listening to Muslim riot victims.


The author is a Mumbai-based freelance journalist