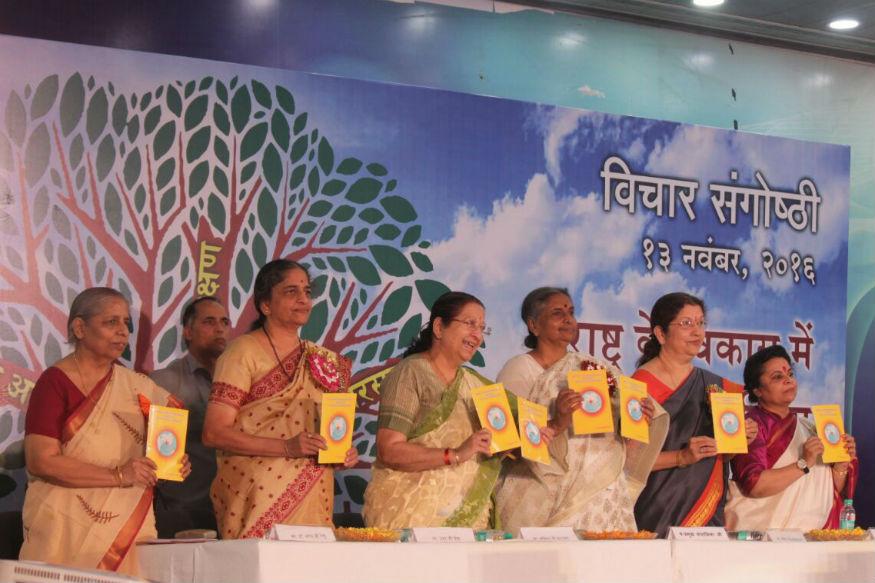 Samiti members told News 18 that they believe a woman has many responsibilities both as a citizen and as a mother or wife. “The idea of a blissful life is not confrontation with men in the family, but it’s all about co-existence. There is no question of opposing, man and woman work together for nation building. We don’t believe in anything that will break the family,” one of them said.

The three-day event was organised here by the organisation to celebrate its 80th anniversary.

Shukla questioned “accusations of male dominated society” and eulogized the Indian family system that contributes in the economic growth of the country. “The feminist rate of growth is 2% while the Familist rate of growth is 7%. Household saving rate in India is 11% and US 5% (sic),” she said.

“There is an Indian model of making choices, which has both tangible and intangible elements. In Bharat we talk about sacrifice, but this is not known to West, they don’t know about sacrifice and sneh. Instead their idea of development is about ‘Guns and Butter’,” she said.

Shukla said the West’s model makes a nation choose between two options – guns (invest in defense/military) or butter (invest in production of goods) – or a combination of both while spending its finite resources. “They don’t even have the family element in their growth model,” she said.

Seetha Annadanam, general secretary of the Samiti, told News 18 that there is no male domination in Sangh. “It is an outfit for men and samiti for us, and we do the same work independently.

We give training to women on how to demonstrate the inner power in society. There are other views on woman empowerment as well but that thinking is very limited, they only talk about adhikar, rights and equality but we also talk about kartavya. Women are doing well in profession because they are duty minded,” she said.