Has the Sansad Adarsh Gram Yojana, aimed at all-round development of three villages chosen by each Member of Parliament, made any significant impact on the ground? 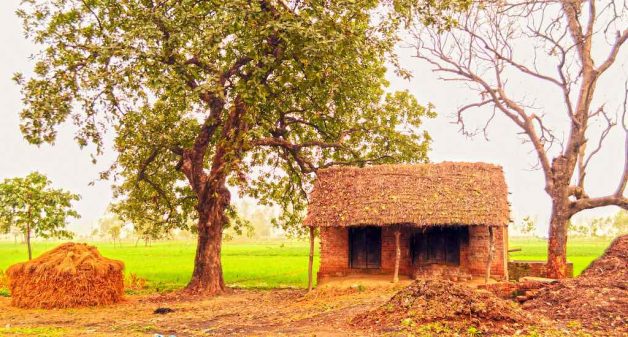 Parliamentarians adopting villages in their constituencies for holistic development is yet to show significant results. (Photo by Rajeev)

It is almost axiomatic that we find it far easier to tell others to do something than to do it ourselves. An older sibling finds it easier to tell the younger one to study hard rather than studying hard herself. I like to tell people to keep their street clean rather than taking a broom in my hand and cleaning it. I see the tendency going all the way up to the highest echelons of power and rungs of society.

When Prime Minister Narendra Modi announced the Sansad Adarsh Gram Yojana (SAGY) on August 15, 2014, he said that in his view all the parliamentarians want to do some thing for the society but find that they have very little opportunity to do so. Through this scheme he gave a concrete opportunity to them to do something. The idea was that they would take up one village each for the three subsequent years and transform those three villages each to make them adarsh, or ideal.

Initially, there was quite a movement on this front. In his short tenure as Minister of Rural Development, Nitin Gadkari convened many a meeting to formulate guidelines for SAGY. These were announced and the scheme formally launched on October 2 that year. SAGY expected each parliamentarian to select in her constituency a neglected village inhabited by marginalized people.

She was to provide leadership in transforming that village by converging financial provisions available under numerous schemes of the government and possibly also use her MP Local Area Development funds. She was free to leverage his contacts and mobilize CSR funds.

The transformation was to be attempted in four spheres — physical, social, human and environmental. The details were available on the SAGY website. MPs were expected to choose a village and inform the choice to the Ministry of Rural Development by a certain date. Accordingly, a large number of parliamentarians, some 700 of them, did choose the village.

While hardened cynics thought that this was another gimmick, the novelty of exhorting MPs to take interest and show their practical leadership by transforming three neglected villages excited quite a few others. During the last three years, there have also been a few write-ups about good work done by one or two MPs (For example, by Sachin Tendulkar). Civil society organizations collaborated with quite a few enthusiastic MPs to help them prepare micro-plans for village development as required by the scheme and in some cases, such as Vijaywada Rural and a few other constituencies, MPs used the SAGY scheme to transform their constituency as a whole.

Was this a sporadic development or was it widespread? There is little information in the media about this. Whether it is because new and more exciting talking points such as the demonetization and GST, and for the critics, cow protection and vigilantism, have come about, no one even mentions SAGY. At the end of three years of the announcement, the spirit of SAGY seems to be sagging. It was difficult to know if MPs had chosen their second and the third villages.

A few points may be made about the a priori chances of SAGY being a star success. In the first place, development in a village can occur as a result of implementation of diverse aspects of development by public agencies such as the Gram Panchayat, district administration, etc. Several elected representatives are involved are concerned in the process.

To start with there is the Sarpanch (village council chief) and his team. Then there are the representatives of the Zilla Panchayat (district council). Then there are the local MLAs, and finally, the elected state government. While no one would object to development of a village, it appears logical to believe that the scheme would stand high chances of success if all these agencies were aligned. Thus, a hypothesis can be made that the scheme would see higher chance of showing good concrete results if they all belonged to the same political formation and within that the same caucus.

Secondly, an MP’s constituency has on average 1,000 villages. Should he be seen to spend too much energy on one of them? How would the others take it? Would there be a backlash? It is said that in Mahabharata, Duryodhan settled for Krishna’s Yadav army but Arjuna asked for the Lord himself. So, would the rest of them say, “Give your leadership to the chosen SAGY village but give us all the funds?” If that happened, how would the SAGY village be developed?

Thirdly, SAGY was to be implemented not by direct infusion of new, specific funds but by converging government schemes. While eminently possible in theory, this necessarily would require allocation of a limited existing resource. Naturally the SAGY village and the MP on its behalf would have to negotiate, influence, and lean on others for a favorable allocation. This meant, if nothing else, frequent and fairly intense engagement of the MP in the process.

Finally, SAGY talked of all round development, including the one to be brought about by behavioral change. Is it far easier to construct roads, bring in electricity, build toilets and create drinking water facility than to ensure that people relate to each other better, men stop drinking, husbands stop beating their wives and Dalits stop being oppressed? Can new hardware necessarily change behavior for the better?

A hypothesis is made that the spirit of SAGY would have won, showing huge transformation in the chosen village wherever the MP was able to align all other public representatives in his chosen task, where he was accessible and took personal interest in engaging in negotiation for converging funds, where he showed consistent interest in influencing social behavior of people and where he did this without the fear of a backlash from the remaining 999 villages of his constituency. Seemingly a very nice announcement, SAGY per se was not a very adarsh scheme from the point of view of the way politics and society function.