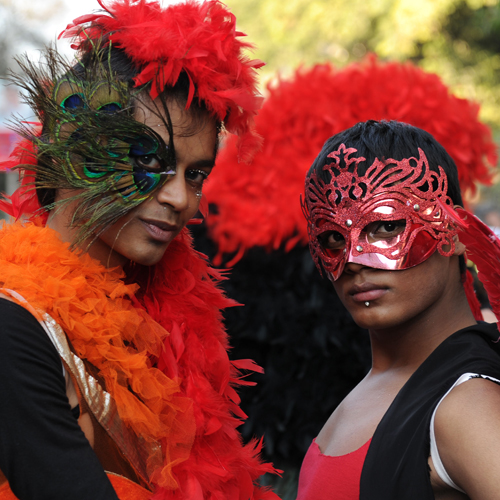 This isn’t a nuanced review of the Supreme Court’s decision to criminalise homosexuality. It can’t be, because this is personal. This, honourable Supreme Court, is very very personal. Today, on 11/12/13, you’ve bypassed the public spaces and living rooms, and entered the bedrooms of millions of educated, progressive, law abiding citizens of your country to turn them into criminals.

The court just announced to the entire world that, in India, two citizens of the same gender expressing love in the privacy of their own homes is a crime. It just told the world, the United Nations and the western media that while predators, rapists and the corrupt roam our streets freely, law enforcers with handcuffs dangling from their waists in the largest democracy will be on the lookout for adults who wish to have consensual “unnatural sex”. It just reminded the world that India is an intolerant and regressive state where liberal opinions are not welcome and modernity is a facade.

In 2009, the Delhi High Court didn’t give the LGBT community legal permission to get married, nor did it change adoption or property laws – that was still a long battle away. What it did do was tell the 30 million LGBT people in this country they were not criminals. It gave these groups the opportunity to walk on the roads without the fear of being arrested; it gave them the platform to demand other fundamental rights.

But today, by criminalising homosexuality, the Supreme Court has taken India back, not to 2008, but way back to the 19th century. It has betrayed the trust of the millions who came out and proudly shared their sexual orientation with friends, families, employers and the society. It has whitewashed the efforts of thousands of activists who, in the four years after the 2009 verdict, strived to make public spaces like hospitals LGBT-friendly. It has whitewashed the efforts of all those who have worked with MSM groups with full support of the government and international agencies to bring down HIV cases. It has given the likes of Baba Ramdev the audacity to call 30 million people of the LGBT community “addicts” and invite them to his yoga ashram to get cured.

The Supreme Court has pushed millions of people back into the dark, barbaric ages. It just told them they are worse than men who rape their wives, and that having sex with a person of the same sex is as good as murdering an innocent human being because both these “offences” are punishable with life imprisonment. It also possibly told friends, family and colleagues of people of the LGBT community that by supporting and not reporting homosexual activities to law enforcers, they are abetting a crime.

The court has put the lives of 30 million people and of several millions more of their friends and supporters into the hands of the parliament – a parliament that since 1996 has not been able to pass the Women’s Reservation Bill, that has not been able to pass the HIV bill for half a decade, where the politicians of the ruling party play minority-appeasing politics, and politicians of the opposition play the conservative card, reject the idea of a modern “India” and call for the formation of a “moral” “Bharat”.

On his last day in office (he will retire tomorrow), Justice Singhvi deleted article 21 from the constitution of India and deprived millions of their right to life and personal liberty. You, sirs, just gave birth to 30 million criminals. Now, you need to tell us if you have enough judges to sentence each of us to life imprisonment and if your jails have enough cells to accommodate each of us. We’ll wait for the answer while the human rights of the more vulnerable members of “our society” are violated by the moral police and the law enforcers.