A status report on the implementation of the Scheduled Castes and Scheduled Tribes (Prevention of Atrocities) Act in Tamil Nadu was released by the Tamil Nadu Right to Information Campaign.

Shri Karupusamy presented a toolkit developed to monitor the act using RTI and the rules. The participants resolved to continuously monitor implementation of the Act in Tamil Nadu, and formed the state level implementation monitoring group for the purpose. 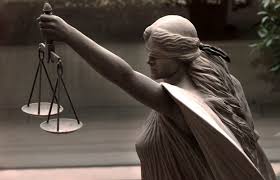 Some highlights of the report

·         Each week there is a murder and a rape of a Dalit, and two riots against the community.

·         Madurai is the only district to register a case under The Prohibition of Employment as Manual Scavengers and their Rehabilitation Act, 2013 (PEMSRA).

·         The government has not gone on appeal against acquittal even in a single case.

·         The average number of investigations completed per month is just 3.3 per DSP.

·         Only DSPs of seven districts (Thoothukkudi, Coimbatore, Theni, Dindigul, Virudhunagar, Tirunelveli and Madurai) have completed more than one investigation a week.

·         Zero court cases were completed the whole year in the Nilgiris, Perambalur and Kanyakumari.

·         Zero State Vigilance and Monitoring Committee (SVMC) Meetings were conducted from 2013. Only three of 42 mandatory meetings have been held since inception in 1995.

·         No action was taken against any official for dereliction of duty (rule 4(4)) nor were they changed for incompetence.