‘This is Rape Number Two’ 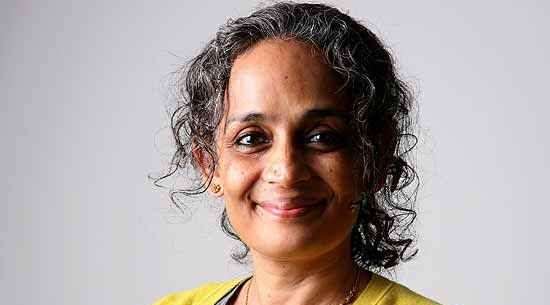 ‘The rape of the values and the politics that Tehelka claims it stands for, and an affront to those who work there and who have supported it in the past. It is the hollowing out of the last vestiges of integrity, political as well as personal’
ARUNDHATI ROY

Tarun Tejpal was one of the partners in India Ink, the publishing house that initially published my novel The God of Small Things. I have been asked by a number of journalists for my reaction to the recent events. I have been hesitant to say anything because of the howling media circus. It seemed vile to kick a man when he was down, especially when it seemed pretty clear that he would not get off lightly and that punishment for what he had done was coming his way. But now I am not so sure. The lawyers have moved in, and the big political wheels have begun to spin. My silence is liable to be vested with all sorts of absurd meaning.

Tarun was a friend for many years. With me he was always generous and always supportive. I have been an admirer of Tehelka too, albeit on an issue to issue basis. To me Tehelka’s great moments were when it published Ashish Khetan’s sting operation on some of the perpetrators of the 2002 Gujarat pogrom and Ajit Sahi’s work on the SIMI trials. However, Tarun and I inhabited very different worlds and our views (on politics as well as literature) far from bringing us together, caused us to drift apart. What has happened now has not shocked me, but it has broken my heart.

The evidence against Tarun suggests that he has grievously sexually assaulted a young colleague of his during the ‘ThinkFest’, an ‘intellectual’ carnival run by him in Goa. The ThinkFest was sponsored by a consortium of Mining Corporations, some who are themselves accused of misdeeds on a gargantuan scale. Ironically, in other parts of the country the sponsors of ThinkFest have contributed to creating a climate in which scores of adivasi women have been raped and murdered, and thousands of people have been imprisoned as well as killed. Several lawyers have said that according to the new law, the nature of Tarun’s sexual assault amounts to rape. Tarun himself has admitted to his crime in his own emails and text messages to the woman he assaulted. From his position of uncontested power as her boss, he then loftily apologized to her, and then in an act that can only be described as delusionary, announced his own punishment—six months of leave in order to “lacerate” himself. Now that it has become a police matter, on the advice of fat cat lawyers whose services only the very rich can afford, Tarun begun to do what many men accused of rape do—vilify the woman he preyed on and call her a liar. Outrageously, it is being suggested that Tarun is being ‘framed’ for political reasons—presumably by the Right-wing Hindutva brigade. So now a young woman who he very recently saw fit to employ, is not just a loose woman, but an agent of the fascists? This is Rape Number Two: the rape of the values and the politics that Tehelka claims it stands for, and an affront to those who work there and who have supported it in the past.

It is the hollowing out of the last vestiges of integrity, political as well as personal.

Free, fair, fearless. That is Tehelka’s definition of itself. Where is courage now?