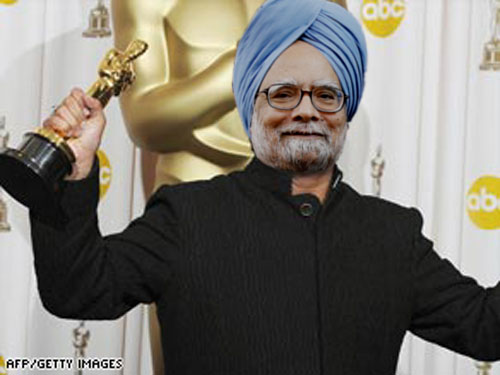 When Prime Minister Manmohan Singh addresses the nation from the ramparts of the Red Fort in a little over 24 hours,he will have set multiple records.This years address will be his 10th consecutive Independence Day speech,the most by anybody outside the Nehru-Gandhi dynasty and an even bigger record considering that its holder is someone long considered a political lightweight.Singhsaddress is expected to focus on the future and have new India as its dominant theme,say people familiar with its contents cleared by the Union Cabinet on Tuesday.But for Singh,this vision for the future looks set to draw comparisons with the past,especially the recent past where the governments image has been more defined by scandals and a moribund economy

As chroniclers of the government look back at the past decade with Singh at the helm,they are unlikely to miss the multiple incongruities an economist PM battling the worst economic performance in a decade,record growth rates when the government was least stable and poor growth when it was the most,a honest prime minister presiding over a government whose image is in tatters because of corruption charges.
Sanjaya Baru,a former media advisor to Singh in the UPA governments first term in office,notes how the prime minister in his first Independence Day address in 2004 famously declared: I have no promises to make,but only promises to keep. This time,in his tenth address,the people of India will want to know how many of those promises he has kept.I also think people would want to know how he thinks India must overcome the persistent hurdles in its tryst with destiny, says Baru.Destiny and history are the two words much associated with Singh,who rose from teacher,to bureaucrat to PM in a career sweep which is the envy of many politicians.BJP leader Arun Jaitley is less charitable : The hand of history has touched him,but the judgement of history will be harsh.
History doesnt judge you by the years you spend,but what you did with your time, he says,adding that Singh was a better finance minister than prime minister.As finance minister he had PV Narasimha Rao as PM,who was,at least,in his case,more decisive. Historian Ramachandra Guha is still unimpressed,painting a caricature of a leader who is aloof and has little connect with people.Unlike Jawaharlal Nehru and Indira Gandhi who regularly spoke about important issues and held public rallies across the country,Manmohan Singh only speaks to TV cameras or during carefully arranged interactions of industry bodies and other such fora.
He is brought in to attend election meetings as an afterthought.Never has any Indian Prime Minister so rarely met such few Indians in the flesh, said Guha.Analysts say there have been few days in the last couple of years where Singh,once a darling of the middle classes,has looked good to his public.His taciturn nature has attracted derisive comments,including from his own party colleagues.But when Singh does speak,he is able to explain himself like no other.
His 10th visit to the Red Fort could be a good opportunity to recall what he said about his job in a speech in Parliament in July 2008 during the trust vote: Every day that I have been Prime Minister of India I have tried to remember that the first ten years of my life were spent in a village with no drinking water supply,no electricity,no hospital,no roads and nothing that we today associate with modern living.The greatness of democracy is that we are all birds of passage, he said.
By SAUBHIK CHAKRABARTI, ET Bureau | 14 Aug, 2013,
My dear countrymen, let me start with a few words of warning. This speech, which many of you think is and should be my last as prime minister, will be different from any other I have given. Indeed, it will be different from any prime ministerial speech in Independent India.I will not read out long lists of government policies or economic and social data. They are, as I know most of you think, very boring. I find them boring. My entire cabinet finds them boring, including my able finance minister, P Chidambaram. So does the Opposition. Some economists, analysts and journalists find them fascinating. But, thankfully, in this country of 120 crore, there are very few citizens like them.

I will also not talk about defending our borders or rooting out terrorism or praising India’s secular multicultural, multilingual society. These are obvious things. There’s little point repeating them year after year. Prime ministers might as well talk about the sun rising in the east. Allow me a little mischief here…there’s a prime ministerial candidate who I suspect thinks the sun rises in the west – over Gujarat.

There will also be no subtle, indirect homilies to Nehru-Gandhis in this speech. I respect Sonia-ji and Rahul-ji. They have a tough job – expected as they are to manage complex public affairs. I respect Priyanka-ji – expected as she is to manage Vadra-ji. But my respect for a few individuals should be kept out when I am speaking to the nation.

So, now to my main point. From the ramparts of Red Fort I want to talk to our young citizens. Young as in really young, not ‘young politician’ or ‘young Bollywood hero’. I mean all Indians below 30, the largest cohort in this country.

This is my message to Young India: Yo, chill, things will get better, all of you collectively have so much potential that all of us old politicians put together can’t destroy it even if we tried harder than what we are doing now.

Guys, don’t switch off your TVs, smartphones, tablets, car radios, mobile phone radios, etc. I am not going to read out policies for the youth, as we say in government. I promised not to do that at the beginning. I’ll just make some short, sharp points.

1. Guys, please come out and vote…elections are coming. You the young want us the old…politicians like me who’ve been PM for 10 years and politicians like Advani-ji who’ve wanted to be PM for 10 years…to give up our hold. Vote your preferences. Voting is even better than clicking ‘like’ on Facebook – as easy but more satisfying.

2. Guys, ask loudly and repeatedly for quality English teaching courses. Make clear you prefer politicians who support you on this. Knowledge of English or lack of it is the single biggest source of inequality in this country. Only politicians, industrialists and cricket administrators can get away with poor English. But they are not the country – even if many of them think they are.

3. Do the same for cheap and big bandwidth. The faster and cheaper young India can exchange data, the more prosperous and more creative and cool this country will be. You don’t need a government commission to prove this. You know this already; some of you can SMS Jai Hind faster than I can say it.

4. Many of you live in areas with poor roads. Make life hell for your local and your area’s national politicians by insistently demanding good roads in a short time. Trust me, money for building roads is not the problem. We the system is the problem. Roads, as you know, are the data networks of real life.

5. Guys, my last message is perhaps the most important. So, listen carefully dudes. Don’t let anyone make you feel guilty about your choices. This country hasn’t learnt to value the choices of the young – older people think they know best. Well, gee, look where that has got us today. Guys, don’t let your parents or politicians, mausis or municipalities dictate what you must do. Don’t break the law, of course, but break conventions. If India’s young drive India’s choices, the whole world will click ‘like’ for India. Won’t that be way cool?

My speech is over, it’s less than 800 words, even shorter than newspaper columns. That’s not surprising. Newspaper columnists also don’t know what the young want.

Hope I connected with you guys. Jai Hind. And have fun.