India – The case for putting brakes on #Aadhaar 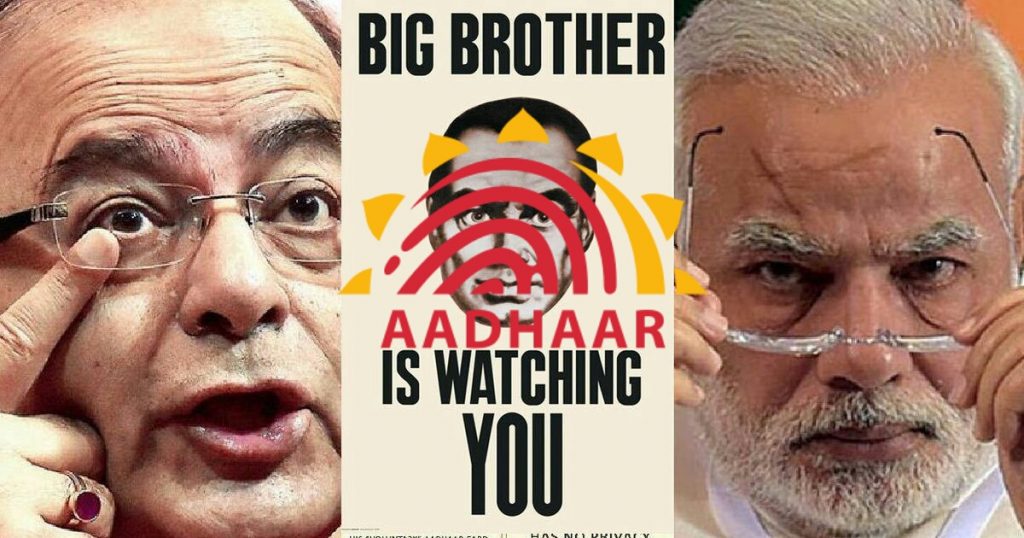 The much-belated commencement of hearing on the constitutional challenge to the Aadhaar Project in the Supreme Court provides an opportunity to the highest Court of the land to affirm its role as a bulwark of freedom and democracy. This debate on Aadhaar’s constitutionality has thrown up several questions including those on its impact on personal autonomy, its potential for use as a tool for comprehensive surveillance, reliability of biometrics, security of personal data and exclusion due to mandatory linkage with welfare schemes.

Critical as these questions are, the judiciary must also confront the web of illegality and impunity that has surrounded the Aadhaar project. The extent to which Aadhaar has pervaded our lives – from cradle to the grave now that certain municipal authorities are asking for Aadhaar number for both birth and death certificates – and the brazenness with which state functionaries have imposed this number – showcase the impunity of the Indian state and the overwhelming power it exercises over the citizenry.

Indeed, illegality and disregard for law were writ into the project from its very inception. The Unique Identification Authority of India (UIDAI) functioned for seven years in a legal grey zone without any statutory authority. Set up through executive orders in 2009, it acted as an appendage of the Planning Commission of India, which itself was constituted by a mere Cabinet Resolution and lacked a statutory origin. In fact, the first UID-Aadhaar number was issued in September 2010 and biometric information of millions of persons was collected by the UIDAI thereafter without any defined legal authority.

This was particularly egregious since the Parliamentary Standing Committee on Finance had rejected an earlier Bill in 2010 and had called for reconsideration of the scheme, inter alia, due to likelihood of incomplete coverage of marginalised sections and absence of prior feasibility study on financial implications. But instead of addressing these lacunae, the Government and the UIDAI went ahead with the Aadhaar project, without any regard for the lack of statutory authority and its legal consequences.

This brazen contempt exhibited towards the Parliament of India has also been extended to the higher judiciary. As far back as in September 2013, the Supreme Court of India had directed that no person shall be deprived of any service or benefit for the want of an Aadhaar number. This was followed by a series of interim orders iterating that the Aadhaar number was purely voluntary. And yet, the government has relentlessly linked Aadhaar with a host of services and benefits including admission to colleges, scholarships, ration benefits, registration of marriage and bank accounts.

While there may indeed be a difference of opinion on the utility of the Aadhaar project, it cannot be denied that the creeping expansion of Aadhaar in direct contravention of Supreme Court orders in these four years represents one of the most abominable and sustained assaults on rule of law in independent India’s short history. That the central government and the UIDAI has been able to get away so far with violation of a half of a dozen interim orders of the Supreme Court of India without any consequence is indicative of an extent of impunity that can be fatal for our democratic polity.

The Aadhaar Act 2016 and the Regulations framed thereunder, are also vitiated by the same impulses. Some of the procedures envisaged in this framework fail to conform to elementary principles of fairness and access and instead disempower the citizenry. Regulation 29 of the Aadhaar Regulations allows deactivation of Aadhaar number without any obligation to give a prior, leave aside fair, hearing to the number holder.

When all our basic services have been linked with Aadhaar, this essentially implies that a person can be subjected to ‘civil death’ with a stroke of a keyboard. The only remedy available under the Aadhar Regulations is the grievance redressal mechanism which, Regulation 32 informs us, may only be available in the form of a toll-free number and/ or e-mail. In other words, Aadhaar Regulations potentially reduce our fundamental rights and citizenship to a mere toll-free number.

Furthermore, Section 47 of the Aadhaar Act bars any court from prosecuting any offence punishable under the Act except on a complaint by the UIDAI. As a result, residents whose personal data is stolen or who have been victims of Aadhaar-related frauds are denied any direct recourse to criminal law. Not only does this leave the victims of Aadhaar-related frauds remediless but it also provides a blanket of impunity to wrongdoers. This is illustrated by the fact that no FIR has been registered so far against Airtel for illegally using Aadhaar authentication to open bank accounts without the consent of the Aadhaar number-holders.

The simultaneous use of complaints to silence journalists who have exposed deficiencies in the UIDAI’s security protocols and absence of complaints against corporates and government officials who have misused or leaked Aadhaar data highlights the pernicious congruence of authoritarianism and lack of accountability that the Aadhaar project has come to represent.
This culture of impunity means that the Aadhaar project is no more only about data protection, biometrics, privacy and informational autonomy.

Instead, it is emblematic of the tussle between the bureaucratic interests of the state and citizen’s innate need to hold the state accountable. As Shyam Divan has argued before the Apex Court, “Aadhaar alters the relationship between the citizen and the State. It diminishes the status of the citizen. Rights freely exercised, liberties freely enjoyed, entitlements granted by the Constitution and laws are all made conditional on a compulsory barter.” It is this conversion of the citizen into a subject without any levers of control over an unaccountable state is that the Supreme Court must confront and guard the citizens of India against.

The case for putting brakes on Aadhaar