Three years after the murder of Mohammad Akhlaq, there is no remorse in his village. There is a sense of menace. 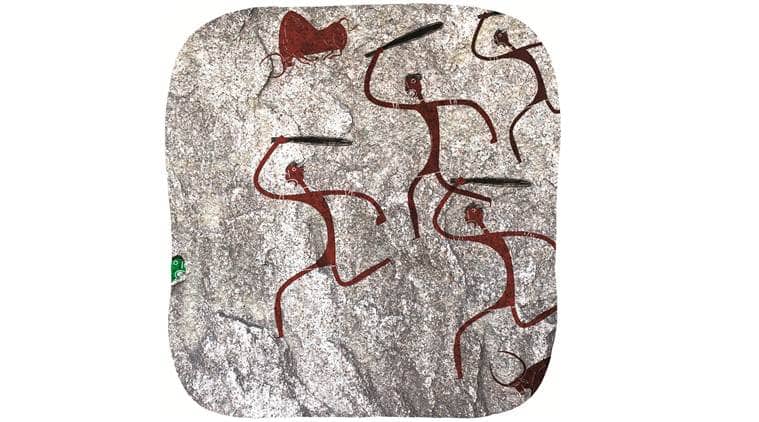 Three years after the murder of Mohammad Akhlaq, there is no remorse in his village. There is a sense of menace. (Illustration: CR Sasikumar)Last week, I went to the village of Bishada. On September 28, it will be three years since Mohammad Akhlaq was lynched here by cow vigilantes. My reason for going to Bishada was to see if there was remorse, regret or sadness about what happened. The lynching forced out of the village its only Muslim family. It had been their home for more than 70 years. The road to Bishada is paved and goes past the sprawling compound of the state-owned NTPC power company.

Bishada is so urbanised that it is almost a small town. As soon as I entered the village, I started asking where I could find the house of Mohammad Akhlaq. I asked shopkeepers and passersby and whoever I asked responded with hostile silence or pretended they had no idea who I was talking about. Finally, I met a man who told me that I should drive to the other end of the village and ask there. Was he in the village on the night that Akhlaq was dragged out of his home and beaten to death? “Yes. But, this is a big village and what happened was very far from my house so I didn’t see anything.”

Before I could ask more questions, he scuttled off. I drove through the village then got out of my car and wandered about cramped, smelly streets for several minutes before finding a group of men sitting on rope beds in a doorway that led to a large courtyard. They greeted me politely, until I mentioned Akhlaq’s name. Then, a sullen silence descended before one of them said the family had gone away so there was no need to come here to ask about them. I asked if people were sad that the only Muslim family in the village had been driven away. After another sullen silence, someone said, “Too much was made of what happened because there was an anti-Hindu Samajwadi Partygovernment and because the media made such a drama about it.”

A man was dragged out of his home late at night and beaten to death, I said, and his young son beaten very badly, so to ignore what happened was not easy. At this point, a man who said his name was Rishipal said, “Look it was my father who brought the family here 70 years ago and gave them land to settle here because we needed an ironsmith. But, as the only Muslim family, they should have respected Hindu sentiments and Akhlaq should not have killed that calf.”

Did anyone see him do it, I asked, and a chorus of voices rose to declare that “the children” had seen him trying to dispose of the calf’s head and this had incensed them. One of the men in the group said one of these “children” was his brother’s son and he had spent two years in jail along with 18 other youths from the village. “It was very wrong what happened to them because there was a mob of 2,000 people that night so nobody knows who killed him. My nephew was not even there.”

If there had not been an anti-Hindu government in Uttar Pradesh, they said, then these youths would not have gone to jail at all. Besides, did I not think it was wrong for Akhlaq to have killed the calf? I said that I had no proof that he had and this caused a minor uproar in the gathering. “What are you saying? They found 10 kilos of meat in his fridge. Is that not proof?” I said it was hard to imagine that much meat fitting even into a very large fridge and this made them very angry.

Rishipal intervened to calm tempers and explained why there was no remorse for what happened to Akhlaq. “He had become an Islamic fanatic,” he said, “do you know that he has an aunt (masi) in Pakistan and that it was after he started visiting her that he began to change. He started talking like a jihadi. He would not answer us when we greeted him with Ram, Ram. He used to talk about Islam all the time and forgot that it hurts Hindu sentiments when cows are killed.”

So, he was killed because he killed a cow? This question made them suspicious and a chorus of denials went up. Nobody was saying that anyone from the village killed him, they said, nobody knew who killed him because the mob was so large. In any case, he did not die in the village he died in hospital some days later. No, the next day. “If the f.media and the f. SP government had not made such a big thing out of it there would have been no problem. Why do you people keep asking about him? He has gone. And his family doesn’t live here any more.”

To reduce tensions I changed the subject and asked if the village was happy with the Yogi government. This evoked a flood of accolades. The village now had electricity for 20 hours a day, even in the rainy season, and every home had a gas cylinder and a water tank was being built so that every home would get water supplied to it directly. And Yogi had done a remarkable thing by killing more than 4,000 criminals.

It was only after talking for a while about the “parivartan” and “vikas” that had come, they said, only because Narendra Modi was prime minister and Yogi chief minister did I raise the subject of Akhlaq again. I asked if someone could direct me to his house. I was directed to a narrow alley in which two brightly coloured metal doors led to homes that belonged to Akhlaq and his brother. The doors looked as if they had not been opened in a very long while.

Human rights groups estimate that more than 97 per cent of killings by cow vigilantes have happened since 2014. Senior leaders of the BJP boast about how there have been no major riots since Modi became prime minister. Maybe not. But, the lynchings have made too many ordinary Hindus believe that it is open season on Muslims and have created in ordinary Muslims a sense of being second-class citizens in their own country. A peculiar menace hangs in the air