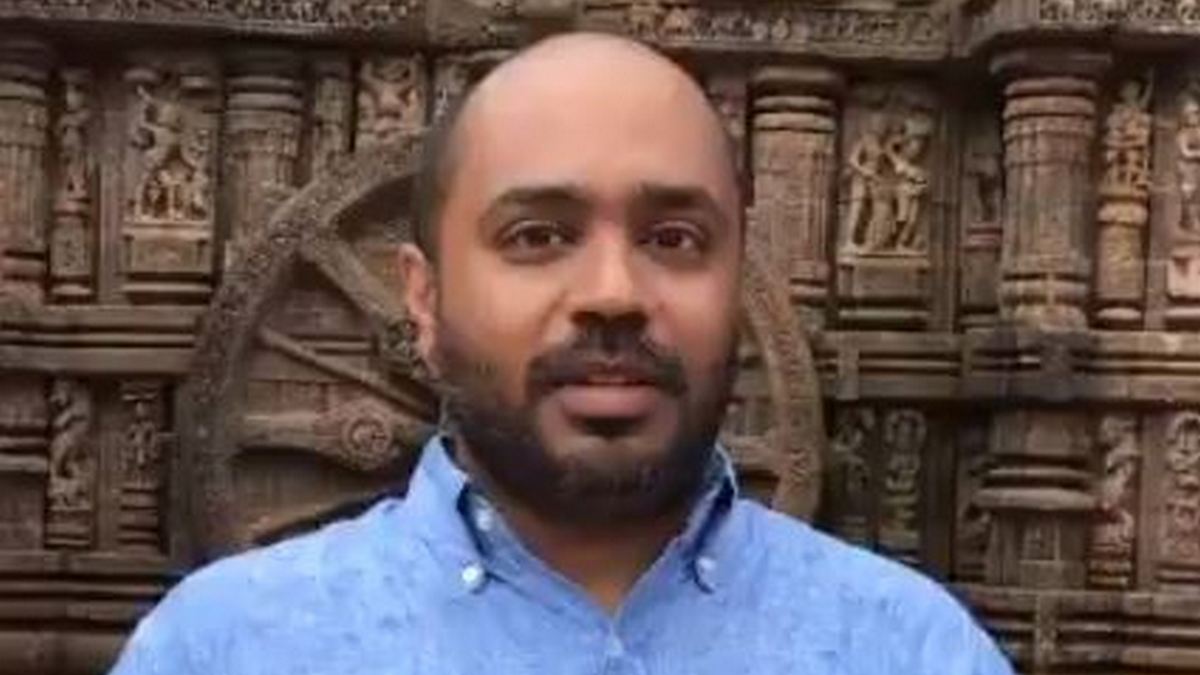 The Right-wing’s use of draconian anti-free speech laws comes home to roost.

It is outrageous that one Abhijit Iyer-Mitra, a freelance writer, has been arrested by Odisha police for ‘hurting’ Odiya pride.

According to his lawyer, this was one of the offending tweets:

Shocking!!!! Please mass report this troll spreading malicious fake news clearly intended to incite communal disturbances!!! Everyone knows of course there is no such thing as Odisha!!! It is merely southern Bengal. #OdishaIsBengal #RoshogollaDibosh Happy Roshogolla Day to all

Happy #RasagolaDibasa (Rasagola Day) to @Iyervval . Come to Odisha. I would personally take care that you eat “Real” Rasagola; not the imposter sponge ball you have been eating.

Mr Mitra has, over the course of his tweeting, offended Odiya sentiments many times, all in jest. Arresting him for doing so is draconian and shows what’s wrong with India’s free speech laws. The Odisha government should immediately withdraw the case and free him.

Mr Mitra should be freed not only because his incarceration is a gross violation of his right to freedom of speech and expression, but also because he does not deserve to be a free speech martyr. He has long been a champion of getting people arrested whose views he does not agree with, and has consciously advocated using the law as a means of harassment to silence and censor people whose views offend him.

In April this year, he advocated filing of cases against American historian Audrey Truschke. “File a criminal ‘hurting sentiments’ case against her and bog her down in the legal system – can’t leave on bail,” he said on Twitter, and proceeded to tag two lawyer friends. One of them, who is associated with the RSS, even asked, “Is she in town?”

This is why we have these draconian laws – people are happy to misuse them. The Odisha government’s use of these laws to persecute Mr Mitra is not very different from Mr Mitra’s advocacy of the use of the same laws against Audrey Truschke.

Abhijit Iyer-Mitra has asked for people to be jailed for much less than hurting religious or sub-nationalist sentiments. For instance, he wanted India to put members of Human Rights Watch in jail only because he thinks the organisation supports US interests. Tweeting in the context of the demolition of Leftist statues in Tripura earlier this year, Mr Mitra advocated “lefty scum” should be put in jail because they don’t obey the law and went further to say “legally machine gun them down”.

But Mr Mitra doesn’t seem to agree. He wants “editors thrown in jail,” endorsing the decision of the Karnataka assembly of imprisoning two editors for publishing allegedly defamatory articles against legislators. Ironically, Mr Mitra is now himself facing the wrath of the Odisha assembly, apart from the police and protestors, for mocking a famous Hindu temple. The Odisha assembly is ‘inquiring’ into Mr Mitra’s “derogatory remarks” on “Konark Sun Temple, legislators, Odisha culture and Lord Jagannath”.

Odisha 8: looks like an ordinary waterfall? Oh no – this is a sheer 1000 foot PLUS drop in the 4000 foot high ranges of the Simlipal National Forest. The reservoir region looks like Austria’s Lake District: pristine. Photos don’t do it justice

We can’t show you everything!

Odisha 9: my special message to you from the Konark temple expressing my utter disgust at this monumental conspiracy against the Hindu Civilisation pic.twitter.com/wJeqZPHRDk 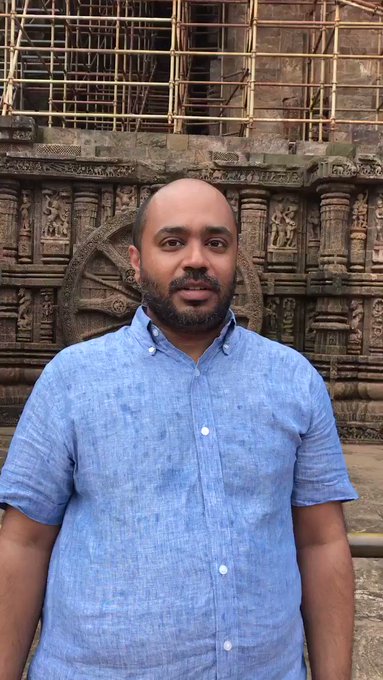 He is facing two FIRs for this video, and an inquiry by the Odisha assembly, before which he has already apologised for the video. Mr Mitra, well-known for his support of Right-wing politics, has had many leading lights of the Indian Alt-Right support him. Freedom of expression, you see.

But had such a video been posted by someone who wasn’t a card-carrying member of the Hindutva club, Mr Mitra would perhaps have been advocating jail. Had such views about an ancient Hindu temple been addressed by someone of the Left-liberal persuasion, the Hindu Right would have been protesting to ensure their arrest, and the Alt-Right would have been supporting the cause with hashtags. Had such a video been made by a Muslim, the person would have been declared a jihadi and a terrorist. Mocking a Hindu temple seems to be ok if the person doing so is a Right-winger. Many would have taken a legalistic approach: The law of the land must be respected, the law will take its own course, let the courts decide.

Interestingly, the BJP’s Odisha face, Dharmendra Pradhan, has said he supports bringing to book those who have hurt Odisha’s pride. The BJP’s politics is built on the foundation of taking offence over ‘hurt sentiments’.

Selective outrage of the Alt-Right

Mr Mitra’s Alt-Right supporters are writing articles and signing petitions – they’re all, apparently, the new free speech champions of India. They’re berating the “mainstream media” of not taking up Mr Mitra’s arrest in a big way. The charge isn’t correct, because Mr Mitra has been getting far more attention than most people who are arrested under draconian anti-free speech laws that are arbitrarily used against political opponents for ‘hurting sentiments’.

If you don’t support the freedom of speech and expression of your political and ideological opponents, censorship will one day come to you too. That is why it is important for everyone to be on the side of free speech. Many Left-liberals are asking for Mr Mitra to be freed. But when others face such attack, support is missing from all quarters.

How many of these Alt-Right luminaries stand up for Prakash Raj when case after case is filed against him for Hurting Sentiments? Do Kanchan Gupta and Anand Ranganathan let their outrage pour when a Telugu film critic is arrested for Hurting Sentiments for making ‘inappropriate’ comments about Ram and Sita? How many petitions did they sign for M.F. Husain, who was forced into exile through legal harassment? What was their position on the censorship of Wendy Doniger’s The Hindus: An Alternative History? Did a newspaper ad by Jawed Habib intend to hurt Hindu sentiments? Did the Alt-Right come to his defence?

Left-liberals defending Abhijit Iyer-Mitra’s free speech are being consistent in their support to freedom of speech and expression. But the Alt-Right needs to explain its inconsistency of championing free speech, only when one of their own is affected.

PU witnesses clashes between students, cops as protest over fee hike gathers support
End of the Road For Gujarat Riot Victims ?
Steam being let out of Kudankulam is due to tests, says NPCIL.... Really ?
UID ? No, Not my ID #BreakAadhaarChains