#India- The right to ration cards 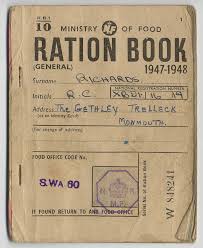 BS, Sreelatha Menon
The food security ordinance would empower poor urban migrants to challenge denial of ration cards
Sreelatha Menon
The new Food Security Ordinance provides virtually nothing and yet quite a lot. What it provides is food as a legal right.
And that means a lot for a poor migrant in a city chawl, with no local address proof, having left all identity cards back in their native village and unable to claim anything in the place he/she lives in.
Add the fact that this migrant cannot read or write or make much of an enquiry to press his/her case for a ration card. So, while people who are much better off might get cheap grains, these poor domestic workers will continue to buy wheat and rice at market rates.
Maybe now their case is not as hopeless as it used to be. The new law gives those without a ration card, the right to fight his/her case in court and demand that they be given the rights in the place where they live.
That is not only a huge victory for the poor migrants in terms of being granted cheap food, but more importantly it would open doors to establish his/her identity in the place where they work and live.
An entire market is laid out right in the middle of several multi-storeyed residential blocks in Indirapuram, Ghaziabad everyday at six in the evening.
The sellers are all migrants, from different parts of Uttar Pradesh living in the Delhi suburb. The day the Ordinance was announced, it came as a surprise to these people. “Is it true that rice would be given at Rs 2 a kg?” they ask. While their eyes lit up, they were immediately crestfallen. “But we don’t have ration cards,” they say and begin talking to each other on how to go about getting one.
They all have cards in their native villages, far away in districts like Shahjahanabad and Bareilly. Their relatives live there but they have no documents here, though they have been here for some time.
National Advisory Council member N C Saxena agrees the failure to establish their local identity is the tragedy of the urban migrant poor. He says there are families in Delhi, who despite being in the same place for 20 years were unable to get even voting rights.
“The only hope for all these people is the ‘Aadhaar‘ which does not insist on local address proof,” he says. He feels the Food Ordinance could pave the way for the poor to get ration cards through court. “They can always challenge denial of ration cards in court, once the right to food becomes a legal right. It might be a game-changer for migrants . They can always demand that they be given ration cards on the basis of their Aadhaar cards,” says Saxena.
In Chhattisgarh, the government has used technology to make ration cards function like roaming telephone numbers. Their ‘smart’ cards can get them ration in any shop in the districts where the cards are being used. Food officials in the state love to show off statistics that reveal the number of outsiders who are using a particular ration shop.
However, smartness seems to be exclusive to the Chattisgarh administration as no other state has started seeing merit in freeing the ration card from the constraints of space.
The Chhattisgarh administration had designed its smart cards initially but then it thought it was wiser to use the smart cards of the Rashtriya Swasthya Bima Yojana, the health insurance scheme. The health insurance smart cards allowed people from any town to claim reimbursement – when they fell ill – since the card is linked to the insurance companies through a central server.