India – The social value of religious and political dissent 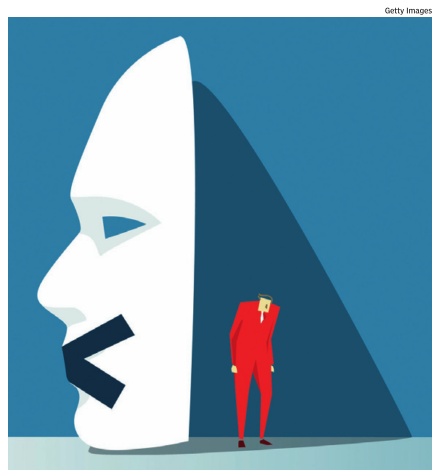 Dissenters of the past in India were great moral agitators, introducing social, intellectual and spiritual turbulence in public life. Would they have survived today?

Dissent is not only the “safety valve of democracy”, as Justice D.Y. Chandrachud reminded us, but vital for meaningful social life. Societies stultify when everyone converges on a single opinion or when official stories go unchallenged. Flaws congeal and social rot sets in. Right or wrong, pleasant or unpleasant, views must be expressed and orthodoxies challenged. For that is the only way to publicly identify and remove social, political and economic deficiencies.

Surely, it is not a hidden fact that vast numbers of destitute Adivasis and poor farmers are dispossessed of their lands by the greed of predatory corporates. And it is an open secret that when normal channels of justice are unavailable, helpless victims are pushed to taking arms. Did not every other Hindi film, not long ago, show how the merciless exploitation of innocent farmers invariably turned them into vengeful dacoits? Do we not realise that coercive violence by the state causes greater alienation among such hapless people, pushing them further and deeper into an endless cycle of reciprocal violence? Is it not the duty of every conscientious citizen to speak out against this injustice and, if necessary, to dissent from official discourse that paints them as monstrous enemies of the state? But alas, as an American judge put it some 50 years ago, “it is an eternal temptation of a government to arrest a speaker rather than correct the conditions about which he complains” — an observation that is particularly apt for those activists who are fighting for the fundamental rights of the poor and the marginalised.

Power makes people short-sighted. In 1798, the American federalist party of rich property owners enacted the controversial sedition act which criminalised all criticism of the government. Their ostensible justification: growing tensions between France and the U.S. But oddly enough, all those persecuted under the Act were members of the opposition, belonging to the then far more democratic Republican party. It is clear that the Act was introduced only to prevent the Republicans from gaining power. A Republican Congressman was imprisoned for describing the then President, John Adams, as being swallowed up “in a continual grasp of power, in an unbounded thirst of ridiculous pomp, foolish adulation and selfish avarice”. Predictably, the federalist greed for political power backfired. The imprisoned senator became a popular hero and in 1801, a fellow Republican, Thomas Jefferson, became the new President. Myopic governments fail to see that criminalising dissent eventually extracts a heavy political price.

The social value of dissent is unmistakable. Dissenters are not renouncers or quitters — they never withdraw from society. They are engaged, connected critics, who oppose prevailing orthodoxies. Deeply committed to their society, they wish to see it flourish, which is precisely why they speak about its various ailments. Dissent is one of the most courageous acts of citizenship, for dissenters speak when most others are silent. They show what most others do not want to see. They stick out their necks aware of the danger that they will be misconstrued, stigmatised, and deliberately accused of disloyalty. A dissenter refuses to be a bystander in a land with only a fleeting interest in its well being. He dwells there and believes he has a huge stake in it. He is proud to belong, but refuses the comfort of silence in the face of the unjust suffering of others. The dissenter is the ultimate patriot.

A glorious tradition of dissent

I have no inkling of the history of political dissent in India but have a sense of its glorious tradition of social and religious dissent. The great Magadha intellectuals of their time, the Upanishadic thinkers, and the Buddha were religio-philosophical dissenters who challenged Vedic ritualism. The legendary Tamil poet, Sivavakkiyar, deeply critical of caste hierarchy, also negated the idea of rebirth: “The sound of the conch does not return to the broken shell, nor life to the broken body… the fallen fruit does not reappear on the tree and the dead are never, never, never, reborn.” Basavanna, the 12th century Kannada poet and philosopher, rejected gender and caste discrimination. Kabir, Ravidas and Nanak refused to identify with contending religions of the day and laid a foundation of new paths of self-discovery and liberation.

The 19th century saw Dalit women openly oppose religiously driven patriarchy. Muktabai, a student of Savitri Phule, attacked Brahamanical ideology: “Let that religion, where only one person is privileged and the rest are deprived, perish from the earth and let it never enter our minds to be proud of it!” Tarabai Shinde, comprehensively attacking oppression of women, ripped into the male tendency to incriminate women: “People go about pinning the blame on women all the time, as if everything bad was their fault… is it true that only women’s bodies are home to all the different kinds of recklessness and vice? Or have men got just the same faults as we find in women?”

All these dissenters were great moral agitators, introducing social, intellectual and spiritual turbulence in public life. Some backlash from orthodoxy must surely have been there. Yet, they expressed their views without fear of social repression or political persecution. But would they have survived harassment, public humiliation or imprisonment if they lived in India today? I wonder how even Swami Dayanand Saraswati, a major dissenter in his own right, would fare in our times? Would these intellectuals have met the same fate as Dabholkar and Lankesh? Is it not ironic and civilisationally suicidal that people are trolled, arrested and even killed for much less in India today