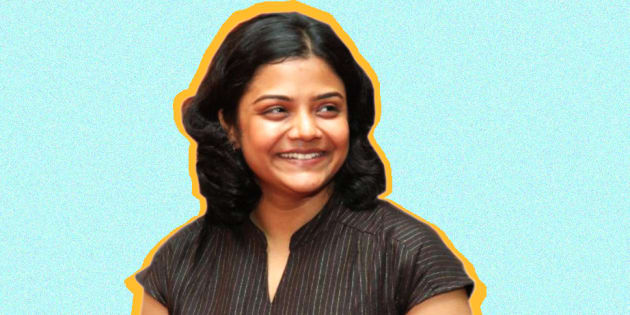 Sandhya Ravishankar, an independent journalist based in Chennai, has two policemen stationed outside her home to protect her from possible harm from the external world. But they can do precious little about the stream of abuse and threat she has been receiving on phone and social media in the last few weeks.

All hell has broken loose since Ravishankar published a four-part series on illegal beach sand mining along the Tamil Nadu coast in online news platform The Wire, though this is hardly the first time she has faced such adversity for her reporting.

Her attention to the problem was drawn in 2013, when the Durga Shakti Nagpal case erupted in the media. “I was a reporter with Times Now [TV channel] then,” Ravishankar told HuffPost India on the phone, “when the junior IAS officer in Uttar Pradesh was suspended.”

Although the state government claimed to have taken this action against Nagpal for allegedly ordering the destruction of a wall that was supposed to be part of a mosque, activists argued the real reason behind the crackdown on her was her intolerance of illegal mining in UP.

Around the same time, Ravishankar had a lead about a district collector in Tuticorin preparing to raid some illegal mines in the region. When she called Ashish Kumar, he confirmed the news was not only true but the raid was underway. Less than eight hours later, he had been transferred.

Ravishankar travelled through the area for a week, searching for more stories. It was during this time that she first heard of the mining baron S Vaikundarajan, owner of VV Mineral (VVM), a multi-crore business, and one of the most powerful men in the state. As Ravishankar would discover, together with his (now estranged) brother Chandresan, Vaikundarajan is alleged to have looted 13,70,409.28 metric tonnes of beach sand from Tamil Nadu.

What’s In A Grain Of Sand?

Beach sand mining is lucrative business not because it supplies raw material to the construction industry, but because precious minerals are extracted from it. Naturally found in parts of south India and Odisha, it is quarried for atomic minerals, especially thorium.

Following Ravishankar’s coverage, the late J. Jayalalithaa, then Chief Minister of Tamil Nadu, banned beach sand mining on the basis of prima facie evidence in a report filed by officials of her government. Since 2010, her relations with Vaikundarajan, who is an important shareholder in Jaya TV, had soured.

There was a lull for a while, as the 2014 general election came and Ravishankar became busy with covering it.

Beach sand mining is lucrative business not because it supplies raw material to the construction industry, but because precious minerals are extracted from it

In February 2015, after Ravishankar had left her job with Times Now and started working as a freelance journalist, a public interest litigation (PIL) was filed by geologist Victor Rajamanickam in the Madras High Court, alleging that beach sand miners had removed rare atomic minerals worth ₹1 lakh crore from sites of their operation. He accused state and central government officials of conspiring with the miners to illegally export national resources, especially monazite (thorium), to countries like China and Korea.

Ravishankar picked up the PIL, of which the Madras High Court later took suo motu cognisance, and did a detailed story in the Economic Times. The very next day, legal notices were served to ET as well as to her for factual errors in her reporting, which were duly clarified in an updated version of the story.

This was, however, only the beginning of her prolonged brush with adversity.

A History Of Hate

A year after she reported the story about illegal mining in Tamil Nadu, Ravishankar, along with her husband V Prem Shankar, who was the bureau chief of ET in Chennai, and Times Internet, received a summons from a court in Tirunelveli. They were accused of defaming the mining baron, driven by personal motivations.

A quash petition was filed in the Madurai High Court, which exempted Ravishankar and her husband from appearing in the hearings of the case in person, though the case is pending hearing.

The same year, Jayalalithaa sacked 8 senior IAS officers, one of them a former chief secretary, on the suspicion of abetting irregularities in the mining sector. “A contact in the mining industry told me her decision had something to do with my report,” says Ravishankar.

Earlier, the Ministry of Environment, Forest and Climate Change had sent a notice to its Chennai operation after Ravishankar’s report appeared in the ET, asking it follow up on her findings. However, an 11-member committee set up to probe the matter gave a clean chit to the miners, again citing Ravishankar’s personal enmity as the reason behind her negative coverage.

The latest straw in the case is an ongoing hate campaign against Ravishankar since the publication of the four-part series in The Wire in January this year.

A day after the articles went online, a blog post cast aspersions on Ravishankar and her husband. Her beef with the miners, the anonymous blogger said, stemmed from VVM’s refusal to appoint Prem Shankar as the chief of News 7, a channel owned by the company.

Subsequently, other blogs cropped up, in Tamil and English, attributing arbitrary motives to Ravishankar. On cue, trolls on social media started attacking her, threatening physical and sexual violence. And then, the episode took a completely bizarre turn when one anonymous handle tweeted out Ravishankar’s phone number, calling her out as someone “anti-Jallikattu”.

The mood on the ground in Tamil Nadu about the Supreme Court ban against the traditional bull-taming sport was already volatile. Now this one tweet provided the fuel to blow it up into a conflagration.

“I started receiving calls from unknown numbers asking me if I was anti-Jallikattu,” says Ravishankar. Abuse, threats, malice started pouring in.

The entire episode took a bizarre turn when one anonymous handle tweeted out Ravishankar’s phone number, calling her out as someone “anti-Jallikattu”.

She informed the Chennai police commissioner, filed a complaint with the cyber crime cell and reported her harassment to Twitter.

The online trolling seemed to have died a natural death, though a fresh jolt recently came in the form of a legal notice from Vaikundarajan’s team, threatening a criminal defamation suit against her. Fortunately, Ravishankar found a pro bono lawyer, who sent off a response to the notice. The case is yet to be filed.

Since last Tuesday, Ravishankar has written to several forums and individuals, including the Press Council, National Commission for Women and Maneka Gandhi, detailing her experience since the time she started reporting on illegal mining in Tamil Nadu.

The harassment has found a second life, with one Niyaz Ahmed, starting another blog about her. As Ravishankar writes in her letter, a copy of which is with HuffPost India:

He has written a post and emails to all media outlets in response to an article done by Tamil magazine Vikatan in which they have interviewed the Tirunelveli Collector who is quoted as stating that VV Mineral’s building will be sealed….

In that response to the magazine, to which I have absolutely no connection, the author has alluded to me as a “pimp”, has stated falsely that I am “bargaining with Vaikundarajan for Rs 200 crores” in collusion with ​an officer and that Vaikundarajan has hired 5 detective agencies to follow me and has “incriminating video evidence” of me sitting at a coffee shop and smoking with the aforesaid officer to “collude and plot” against Vaikundarajan. The blog also states that the video will be released soon.

“The cigarette-smoking, supposed to be a sign of moral depravity, has been given special prominence,” says Ravishankar with a laugh.

As she waits for this saga to end, Ravishankar has this much to say in her letter: “If this continues, I am afraid that the freedom of journalists to write on core key issues in Tamil Nadu will face a death knell… Today this is happening to me. Tomorrow it could happen to any journalist in Tamil Nadu or elsewhere in the country.”