By Tripti Lahiri and Joanna Sugden 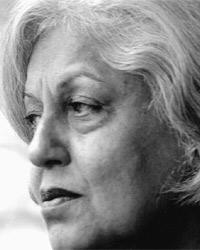 India’s top-ranking female government lawyer says the employers of two women in the news recently for leveling sexual-assault allegations against powerful men erred in not taking the accusations to the police.

Indira Jaising, an additional solicitor general, told an audience Monday that complaints by an intern against a retired Supreme Court judge and by a female journalist against a magazine editor were allegations of crimes rather than issues of ethical lapses or simple misconduct.

Both the magazine and the Supreme Court set up committees to investigate the allegations instead of handing them over to legal authorities.

“Where the conduct amounts to a specific offense, it must be dealt with as a crime,” Ms. Jaising said at a conference reviewing treatment of women since last December’s brutal gang rape of a student on a Delhi bus.

A spokesman for the Supreme Court said Tuesday he was not in a position to comment on Ms. Jaising’s remarks. Officials at Tehelka, the magazine where the female journalist worked, couldn’t be reached for comment Tuesday.

Ms. Jaising, who represents the Indian government before the country’s Supreme Court, said that if laws are not effectively enforced, women will become disillusioned with the justice system and won’t pursue formal complaints.

The female journalist on Monday resigned from Tehelka, complaining that its response to her complaint was inadequate. In an email to Tehelka managing editor Soma Chaudhury, the reporter said she was “deeply traumatized by the lack of support offered by the organization.” A copy of the email was reviewed by the Journal.

The woman, who cannot be named in media accounts under Indian laws designed to protect the identities of rape victims, wrote: “Over the past years, we [at Telhelka] have collectively defended the rights of women…spoken out harshly against the culture of victim blame.” She was “shattered” to find the magazine resorting to “tactics of intimidation, character assassination and slander.”

The editor she alleges assaulted her, Tarun Tejpal, told the Journal on Friday that he had stepped down temporarily from his job as head of the magazine.  In an email statement Mr. Tejpal said that he was resigning after “serious allegations cast” on him.

He added that he had “tried to do what was honorably demanded of me.” He also said: “Unfortunately as sometimes happens in life, the complete truth and the need to do the honorable thing can come into conflict.” He didn’t elaborate.

In an earlier email to Ms. Chaudhury, which Ms. Chaudhury circulated to the Tehelka staff, Mr. Tejpal wrote that a “bad lapse of judgment, an awful misreading of the situation” had led to “an unfortunate incident that rails against all we believe in and fight for.”

Neither Mr. Tejpal nor his lawyers responded to requests for comment Tuesday.

Ms. Chaudhury, managing editor of Tehelka, did not respond to requests for comment Tuesday. In a televised interview last week, she said she did not regard it as her duty to take the matter to the police.

Police opened an investigation into the journalist’s allegations last Thursday, following reports in Indian media that cited the letter of complaint she had sent to the magazine’s management. The next day they registered a rape investigation involving Mr. Tejpal.

In response to allegations of abuse against a retired judge by a legal intern, the Supreme Court established a three-judge panel to investigate. The panel, which includes one woman, has yet to publish its findings. The name of the judge has not been made public. The intern, Stella James, told The Wall Street Journal that she didn’t pursue legal action because she “feared it would do more harm than good.”

Women’s rights activists have criticized the composition of the Supreme Court inquiry committee. It “has no one outside judges, no one from the women’s movement, not even a woman lawyer,” said Kavita Krishnan, a leader of the left-wing All India Progressive Women’s Association. “I see it as setting a bad example, not a good example.”

A Supreme Court press liaison said the committee was continuing its inquiry, with a meeting scheduled for Tuesday afternoon. He declined to provide further comment.