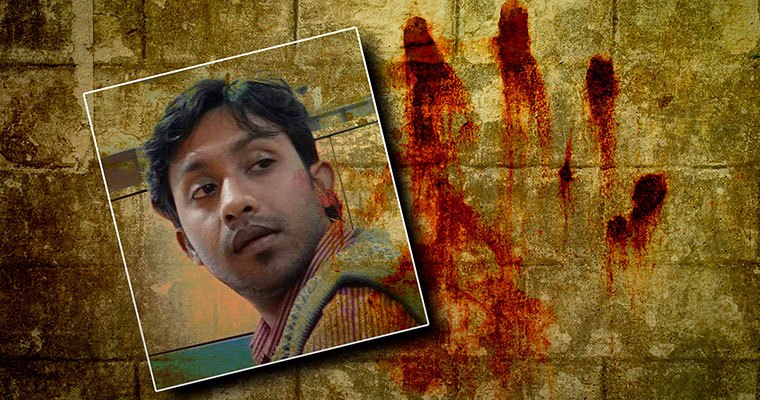 No outrage, no debate; Was Santanu Bhowmick any different from Gauri Lankesh?

It may not outrightly seem to be a case of pre-planned murder, but it did happen. A political reporter- Santanu Bhowmick breathed his last while reporting a political unrest in Agartala. He was dragged by the warring crowd and beaten brutally with sticks as he was reporting the violence.

While many from the state police were also injured in the clashes between the supporters of the IPFT and the Communist Party of India-Marxist (CPI-M) in the Khowai, Teliamura and Jirania subdivisions, investigators smell foul because of a second version that has emerged. It is said that miscreants owing allegiance to the Indigenous People’s Front of Tripura abducted him and attacked him with sharp cutting weapons. It is said that the IPFT is demanding a separate tribal State called Tipraland.

While this has sent shockwaves across the country, it is to be noted that the death comes just a fortnight after the brutal murder of Karnataka reporter Gauri Lankesh. Apart from the journalist angle what links the two cases is the fact that the miscreants are still at large in both the cases. While Police is still looking for cues in the death of Lankesh,
investigators have detained four people on suspicio, but no arrests have been made.

Having said that, what irks the Indian media circuit more is the fact that while Lankesh’s story has made national news and has been made into a sensational case, calling for the intervention of the CM of Karnataka and the Congress party, Shantanu’s death was taken silently. Despite dharnas and protests by the local media, no one from national or even state politics is showing any interest in the case.

A reporter covering political unrest in India’s north-east was beaten to death during violent clashes, officials have said, two weeks after the high-profile murder of another prominent journalist.

Shantanu Bhowmick was set upon with sticks as he reported on violence on Wednesday between warring political factions and police outside Agartala, the capital of remote Tripura state.

On Thursday, the state police superintendent Abhijit Saptarshi said more than a dozen officers had also been injured in the fracas and tensions remained high in the troubled region. “We later found the journalist’s body at the site of the clashes,” he told AFP from Tripura.

No arrests have yet been made in connection with the reporter’s death, but four people were detained on separate charges related to the political violence, Saptarshi said.

Bhowmick’s death brings the number of reporters killed in India since the early 1990s to 29, according to figures from the Committee to Protect Journalists.

It comes just a fortnight after the murder of Gauri Lankesh, a newspaper editor and outspoken critic of the ruling Hindu nationalist party, whose death sparked an outpouring of anger.

The 55-year-old was shot dead by three unknown gunmen as she entered her home in the southern city of Bangalore in Karnataka state on 5 September. No one has yet been identified or arrested in connection with the killing.

In 2015 India was ranked the deadliest country in Asia for journalists by Reporters Without Borders – although most deaths occur in remote rural areas away from the major urban centres. In April, the press freedom group ranked the country 136th of 180 countries in its world press freedom ratings, blaming “Hindu nationalists trying to purge all manifestations of ‘anti-national’ thought from the national debate”.