India – We need a Civil Disobedience Crusade against CAB 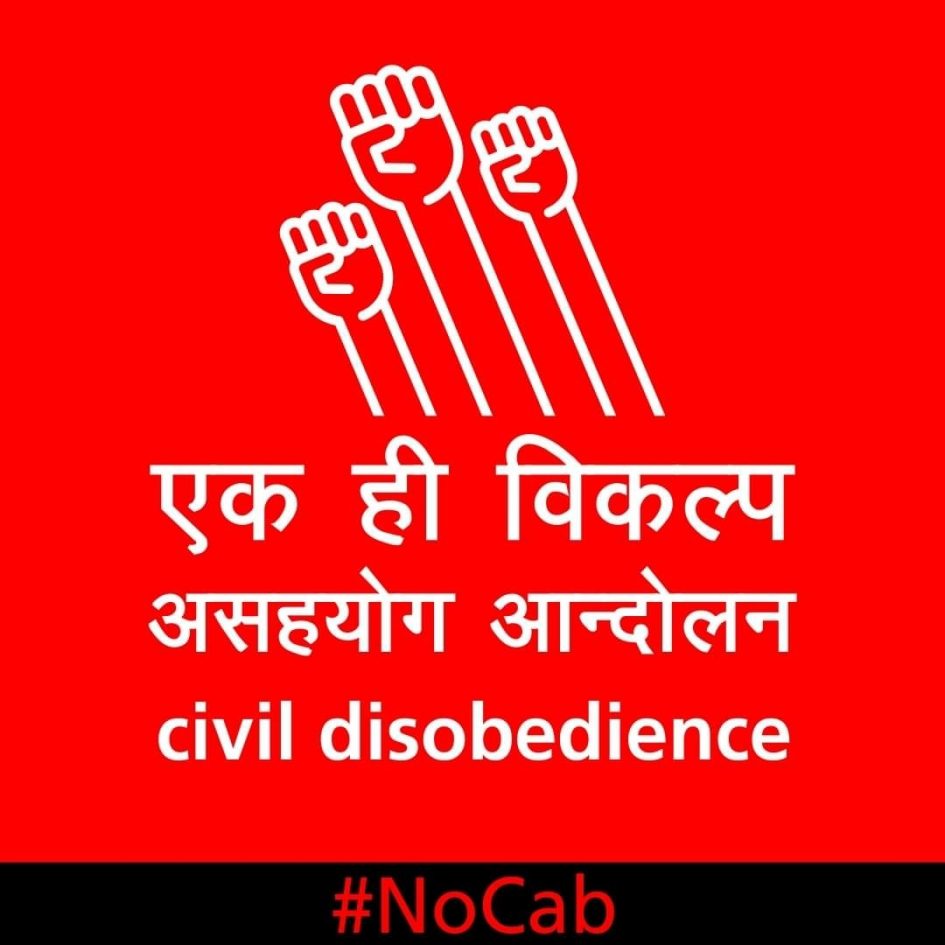 A former IAS officer, Harsh Mander first shot to national prominence when he resigned from the civil services to protest against the collusion of the state and the administration during the 2002 Gujarat riots. Since then he has been working with survivors of mass violence and hunger, as well as homeless persons. Mander also leads the Karwan e Mohabbat, a citizen’s campaign for justice for victims of lynchings and hate crimes. Having worked closely with communities in Assam that are most affected by exclusion from the National Registers of Citizens (NRC), Mander has been a leading voice of protest against the Citizenship Amendment Bill (CAB) and Home Minister Amit Shah’s proposal of a nation-wide NRC to smoke out “illegal Muslim immigrants” residing in India.

What is so alarming about the CAB?

The CAB will mean the collapse of the Constitution as we understand it. The Modi government claims to support the Constitution but will have emptied it of its soul and core meaning. What the CAB is doing is reopening that question of belonging. What does citizenship really mean? Who belongs to this country? Who has rights to have rights in this country? These are not new questions. We know that the Muslim League had a two-nation theory that there is not one but two nations – the Muslim Pakistan and a Hindu Hindustan. A Hindu India. And much before the Muslim League, Savarkar had the same idea that this is truly a Hindu nation and not a nation that equally belongs to all. We know that the RSS and the Hindu Mahasabha never accepted the Indian Constitution and they never accepted the Indian flag either. They did not participate in the freedom struggle. At the time of Partition, when a million people died in Hindu-Muslim riots, when trainloads of people were coming in from every direction with corpses, and millions of people (including my own family) were uprooted from their homes, it would have been very easy for the Constituent Assembly to pass a resolution that Pakistan is a Muslim nation and India is a Hindu nation. But we chose not to do it. And we resolved that this country belongs equally in every way to people regardless of their faith, their caste, language and identity. Mahatma Gandhi lived for many ideas but the idea that he died for was precisely this one.

There is also this doublespeak on how this will unify the nation and is actually a progressive step in terms of India’s policies towards persecuted refugees.

I was hearing something that Amit Shah said and he actually used the words “Sarv dharm sambhav”. I was knocked over. You are doing the precise opposite of “sarv dharm sambhav” with the CAB and you are saying you are actually promoting inter-religious unity? This is such a lie. I work with homeless people, and there is this sense of desperation among Muslim homeless people that ‘we have no documents, what will happen to us?’ The long-term agenda of the CAB is clearly to only target Muslims. To create a fear in every Muslim living in India about whether their belonging to this country is going to be accepted legally and by the larger society. But there is an immediate objective of the CAB and that is to free the lakhs of Hindus who have been left out of the NRC in Assam – those Hindu Bengalis who could not produce documents to prove their citizenship. The irony is that till yesterday they were fighting strenuously in every forum, court and tribunal to prove that they are Indians. Now, after the CAB, in order to be accepted as Indians they have to declare in those same forums that they are foreigners and persecuted refugees from Bangladesh. How will this be proved? How is the state going to make this presumption suddenly? What a conundrum! What are we doing to our people?

What should the people of India be doing to protest against CAB? How should the majority community respond?

I am haunted by the history of the last century and particularly what happened to the Jews in Nazi Germany. We know that the silence or looking away of most non-Jew Germans is what enabled the persecution of minorities and finally resulted in the Holocaust. In India we have to do everything now to prevent things from going the same way.

The way Article 370 was abrogated, the criminalization of triple talaq, the Babri Masjid-Ayodhya judgment, the CAB and then the NRC – these are the kind of things that will add up to the same Holocaust kind of situation. The majority community of Indians has to take responsibility to not allow this. This is not only a problem for Muslims, it is a question of what kind of country we want to raise our children in and what we want to leave them as a legacy. Do we want a country which is divided on hate and bigotry?

You have announced a personal satyagraha, saying that you will officially register as a Muslim in solidarity with the targeted community.

To protest against the CAB we need a civil disobedience movement of the kind that Mahatma Gandhi taught us. Gandhiji broke a colonial law by making a fistful of salt during the Dandi March and then demanded that he be put in jail for that act. This is what civil disobedience means. It is incomplete unless you demand to be punished for breaking the unjust law you are protesting against. When I was thinking of how we should resist CAB via civil disobedience, I realised that being a non-Muslim, there is actually no consequence even if I boycott the NRC. Neither my family nor I are at a risk of being incarcerated in a detention centre. The only way in which I can really stand in solidarity is to first declare myself officially as a Muslim. After that I will boycott the NRC. I strongly feel that well-to-do Muslims should not present their documents even if they are capable of doing so. It will be equivalent to throwing poor people and people who are less privileged under the bus. I think that the fitting reply we can give to the Citizen Amendment Bill, is to make this a mass civil disobedience movement.

The writer is an author and independent filmmaker

Harsh Mander leads the Karwan e Mohabbat, a citizens’ campaign for justice for victims of lynchings and hate crimes