India – What is the problem with term ‘Dalit ‘? 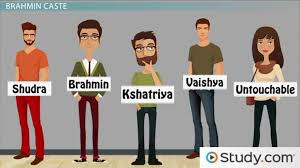 The many movements launched by social reformers and activists against the caste system and against untouchability have used terms such as Antyajas, suppressed castes, pariahs, depressed castes, Dalits, Harijans, Ati Shudra and Adi Dravida. Jyotiba Phule is credited to have used the term Dalit. Even Mahatma Gandhi accepted the term Dalit when he wrote in 1927 that “from now on, we will describe Antyajas too as dalit.” Explaining that “the term was first used by Swami Shraddhanand”, Gandhi added that “Swami Vivekananda chose an English word having the same meaning. He described the untouchables not as ‘depressed’ but as ‘suppressed’ and quite rightly. They became, and remain, what they are because they were suppressed by the so-called upper classes.”

In 1931, many people disapproved of the use of the word Dalit. Mahatma Gandhi wrote in an article: “Formerly the name Antyaja was not felt as expressing contempt. The names Dhed and Bhangi were disliked. I think the term ‘Dalit’ was first used by the late Swami Shraddhanand. Now it seems that name also is not liked. The real explanation is that as long as the poison of untouchability exists in our society, any name that may be given will probably come to be disliked after some time. Hence the right thing to do is to get rid of that poison.” He added: “Though it is thus necessary to attack the root cause, if a better word than Antyaja or Dalit occurs to anyone he may send it to me.”

In the absence of a better word, Dalit has been the preferred word in the movements for justice for Dalits till now. It is well known that the term Harijan was coined by someone who was a victim of untouchability. He suggested that Gandhi use it to describe the so-called untouchables. That term was widely used during the freedom struggle and many, including Ambedkar, considered it humiliating and patronising. In 1946, Gandhi received a complaint from someone who wrote, “From the psychological point of view, I think the name ‘Harijan’ instils into the minds of the people to whom it is applied a feeling of inferiority, however sacred that name may be. This feeling is very difficult to wipe out from them — to whatever extent they are advanced — if they are always called ‘Harijan’. Similarly if a man in the street is asked about a ‘Harijan’, the first thing he will speak of is ‘untouchability and the Depressed Class’.”

Gandhi responded to that question by writing an article, “What is in a name?”, in which he said: “The name ‘Harijan’ has sacred associations. It was suggested by a Harijan as a substitute for Asprishya (untouchable), Dalita (depressed), or for the different categories of ‘untouchables’ such as Bhangis, Mehtars, Chamars, Pariahs, etc.” He added: “The Government officers put them in a schedule and, therefore, called them the Scheduled Classes, thus making confusion worse confounded.”

A term that denotes pain

The historical narrative conveys the point that many terms have been generated in the movements against caste. The British government did not prefer one term over another even as it put certain castes in a schedule and called them Scheduled Castes. Now, the confusion has become more pronounced with the Bharatiya Janata Party-led National Democratic Alliance government issuing an advisory to the media saying they “may refrain” from using the word Dalit, based on an order by the Nagpur Bench of the Bombay High Court. Previously, the Madhya Pradesh High Court had stated that it would “have no manner of doubt” that the government would “refrain from using the nomenclature ‘Dalit’ for the members belonging to Scheduled Castes and Scheduled Tribes as the same does not find mention in the Constitution of India or any statute.” This has caused hurt among the Dalits, who feel that the term is not offensive or violative of any law, and that such an advisory is not based on sound reasoning.

My book, Marx and Ambedkar — Continuing the Dialogue, co-authored with N. Muthumohan, discusses the Dalit question extensively. Gail Omvedt’s Dalits and the Democratic Revolution deals with Dalit issues. Can the government dare to dictate terms used in books, and in public discourse and analysis?

‘Dalit’ had become the preferred term in Maharashtra during the 1970s. The word Harijan is not used now (the government issued a circular to officials in 1982 saying they should not use the term while describing members of the Scheduled Castes). The word Dalit denotes the pain of all those who suffered because of the caste system; it defines their identity to launch struggles based on Ambedkar’s slogan: Educate, Organise, Agitate. The government’s advisory indicates its anti-Dalit posture. The term Dalit, used by Jyotiba Phule, Swami Shraddhananda, Gandhi, and Ambedkar, cannot be dismissed by an executive order. In fact, the seven-judge Bench of the Supreme Court in S.P. Gupta v. President of India (1981) had observed that society is “pulsating with urges of gender justice, worker justice, minorities justice, Dalit justice and equal justice between chronic un-equals.” In using the term “Dalit justice”, the Constitution Bench of the Supreme Court validated the use of the term Dalit. It is painful to state that what the present government is trying to do was not done even during British rule. Such an advisory sounds strange when no such demand has been made by any Dalit organisation or leader, and when the term is used by the Supreme Court.

Such an advisory at a time when the term Dalit is empowering Dalits in their relentless fight against the increasing levels of atrocities against them, and at a time of heightened Dalit consciousness in the country, only signals the intent of the government to further marginalise the community, which is being asked to conform to the identity determined by the government. This is unacceptable. The government should withdraw its circular and challenge the order passed by the Bombay High Court in the Supreme Court.

D. Raja is National Secretary of the Communist Party of India and a Member of Parliament.

Maharashtra - 187 rioting cases, 710 Hindu radicals held in last week
How Safe Is Your Identity Under Aadhaar ? #UID
Sumukhi Sureshi: You Are NOT Allowed To Rape And Threaten To Rape Us
#India - More rapes in Delhi in 2012 than 4 other metros , Mumbai child rapes spike by 20% #Vaw