Although there are multiple factors that interfere with the fair implementation of rural welfare programs, it is important to break the stranglehold of the rural elite and often co-opted local administration 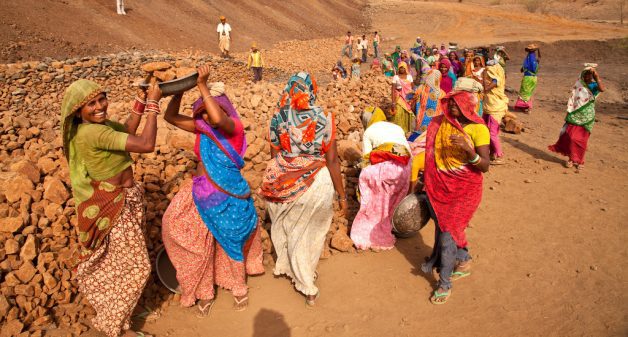 I have repeatedly heard stories of how beneficial schemes of the federal and provincial governments are hijacked by so-called unscrupulous elements and reduced to ineffectual status. I first heard of these in connection with the integrated rural development programs in the eighties, when I was cutting my teeth on rural issues.

The nineties saw the enhanced attention to liberalization, and rural stories were in the background, but still, I heard such stories about watershed development programs and Swarnajayanti Gram Swarozgar Yojana. In the last decade stories, about hijacking of the rural jobs guarantee scheme and trivialization of accredited social health activist programs did the rounds. Now under the present regime, stories about hijacking of Jandhan bank accounts and direct benefit transfer are doing the rounds.

What can help halt and push back this tide of negativism and cynicism? Do we understand why every possible welfare scheme is getting hijacked and trivialized on the ground? We need a wider discussion on this subject, a discussion devoid of finger pointing. Here is my initial position.

To my mind, there are five key factors of the rural situation on the ground that may be seen as common across the ruin of all government schemes.

The first is a large and chronic deficit in the revenue streams of a bulk of rural households. This deficit arises from many factors. Three of the major ones are uncertain and depressed farm incomes, high cost of receiving health services, and highly unsuitable social customs of marriage and death ceremonies.

The second is disempowerment of women and widespread prevalence of irresponsible behavior of men who tend to ignore their family responsibilities and blow up money (as well as incur debts) on liquor. I am not a teetotaler, but I can in no way sympathize with a man who snatches money from his wife, and hence food from his kids, to get drunk.

The third is unstable leadership, weak administrative systems and human resource in development administration in general and particularly at the cutting edge of governance through Panchayati Raj institutions in villages.

While the first two factors are about household matters — patriarchal culture, the grip of old obscurantist beliefs and irresponsible hedonism of men, the last three factors deal with the prevalence and perpetuation of socio-political order. This perpetuation of the socio-political order renders chances of meaningful reform and development reaching the poor to near zero. Where well-meaning local leaders like Anna Hazare or Popatrao Pawar can devise smart mechanisms to counter the last three factors, rural situations show much improvement.

What follows is the depiction of the scenario of the central and eastern states, where governance levels have been traditionally poor. I am told that the situation in Tamil Nadu and Kerala is much better but have no concrete evidence to assert that.

The general course of events and developments is somewhat as follows. The chronic and large revenue deficit of poor households made much worse by avoidable expenditure and debt incurred by men on alcohol; renders them indebted, subordinate and vulnerable to the local rural elite (shopkeepers, traders, school teachers and others with regular cash flows, large farmers and local political heavyweights).

This elite becomes the gatekeeper of all development exploiting the caste-class-power nexus to the hilt. Its earthy ingenuity enables it to defeat every possible mechanism chosen by the designers of the scheme to reach the poor. For examples, MNREGA required job cards to be given to the poor. The elite group ensures that the poor have got to keep their cards with the contractor and then feel satisfied with such crumbs of MNREGA wages as the elite thinks necessary to keep them the poor alive.

Jandhan and DBT have in turn found the elite forcing the poor keep their passbooks and Rupay cards where given and withdrawal slips with their thumb impressions with them so whatever is deposited can be syphoned off perfectly legally. The ration-shop dealer confiscates and keeps all ration cards of the poor with him. The agro-service Centre dealer has a cupboard full of original land ownership documents in his possession to rip the poor household of the benefit of any debt waiver or insurance payment or the subsidy under any other scheme.

In part, the local administrative structure is staffed by persons from the rural elite. Even when it is not, the lax oversight caused by inadequate and overloaded, if also not corrupt HR at intermediary districts, fails to reverse their grip. Since the local development administration under decentralized governance reports to local leadership, this grip becomes a stranglehold.

The result of all this is embodied in Rajiv Gandhi’s famous statement that only 15% of all spending by the government reaches the poor. Nothing much has changed since he said that in the late eighties.

State and non-state actors still want to make positive changes happen to the conditions of the poor. These proponents devise newer methods of directly reaching out. Among other things, they tend to believe that technology holds much promise and make efforts deploying it. These include things like a digital identity to the poor, use of GIS-enabled decision making, DBT and so on.

Possibly, it does result in more of the poor getting some benefits for some time. This good effect perhaps happens until the rural elite discovers a way of circumventing the innovation to regain its grip. For example, if Jandhan combined with DBT gives rise to the possibility that state benefits will reach the intended woman, the interlocutor has already made her sign or put her thumb impression on withdrawal slips for removing the money in return for a loan she needs to save her daughter from some illness.

Even if the household gets the money, there is no guarantee that the husband would not torture his wife into submission and hijack the sum to blow up on drinks that evening. Technology does not seem to be able to fight the power imbalance between the rural poor and the rural elite nor between men and women. And the game continues.

Is there a way out of this situation? Do women’s collectives trained and aided by tech-savvy professionals offer a countervailing force to the stranglehold of the rural elite? Does trying to create responsible community leaders who will act as rallying points for the mobilization that could result in controlling the rural elite’s rapacious tendency help?

Will creating better protocols and well-trained personnel at village council level help? Or, do we surrender to the force of this phenomenon, hope and wait for the general yet slow and widespread improvement in rural governance, and of course, the famous trickle-down effect?

What makes caste a global human rights issue ? #mustread
#NotInMyName events in India, London, Boston , Toronto and Pakistan
This one is for Teesta – and other stubborn souls trying to keep India the way it was meant to be
Ban skirts as school uniform: BJP legislator #WTFnews #Vaw