India: Where Women Call The Shots 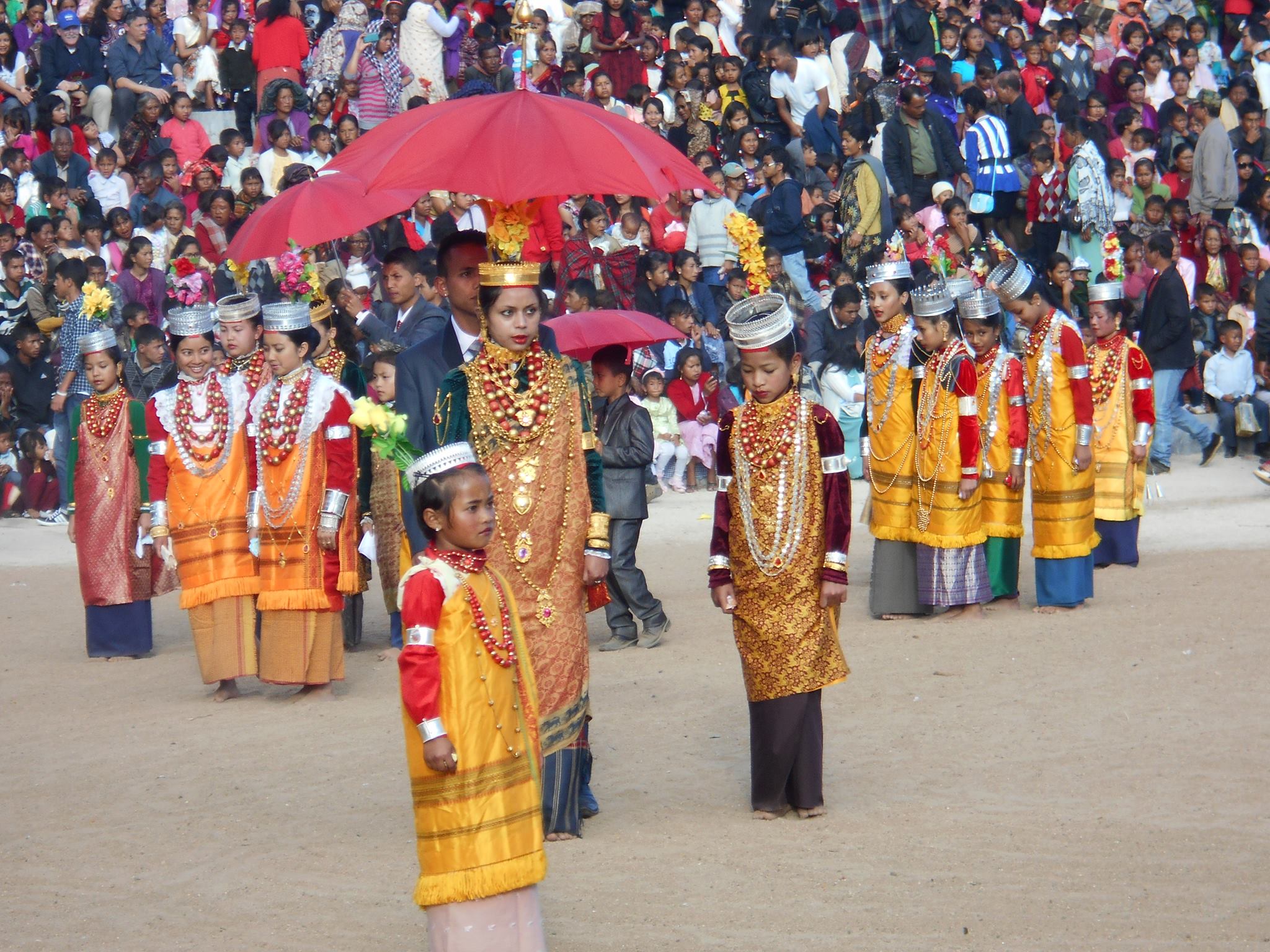 Mumbai –Imagine a wedding, when the groom follows the bride to her home to start a new life together. Imagine a room filled with laughter and joy when a baby girl is born. Imagine a market, where the cash counters are being managed by women. Imagine a household, where the youngest daughter of the family inherits the family property and is considered the custodian and preserver of her clan, family and lineage. … In the northeastern state of Meghalaya, these are scenarios that are not just the product of the imagination of an egalitarian mind. Matriliny, which gives Khasi women the rights of inheritance and succession, has been in practice here for 2,000 years.

In his latest 60-minute documentary, ‘Are They Better Off’, screened at the National Centre for the Performing Arts (NCPA) in Mumbai, recently, multiple award-winning director, Aditya Seth has highlighted these amazing “Meghalayan values” even as he tries to explore the slowly diminishing Khasi culture and challenges the tribe faces today. Elaborating on what drew him to the subject Seth, 50, says, “As we have grown up in an environment where sex selection is rampant so it was intriguing to learn that there is actually a social order where women are dignified and not discriminated against. To me this was very fascinating and I decided to go to Meghalaya and see how things work there.”

Under the matrilineal system, the family lineage is passed on through the mother’s clan line, or ‘kur’, and the youngest daughters are the Khatduhs, or the custodians of the ancestral property. “The reason being that they will logically live the longest,” says Seth, who has portrayed the system and its social-political complexities through the lives and experiences of his three female protagonists – 52-year-old Hulda Kynta, 29-year-old Selinda Kharbuki, and 23-year-old Jubelee Kharmujai. “While Hulda, a political science lecturer in Sohra (Cherrapunji), and Selinda, who has shifted base to Bengaluru, have opted to leave their state for better opportunities, Jubelee, who comes from a low income family, is struggling, as she has been denied her inheritance despite being a Khatduh. In fact, all three are Khatduhs although this no longer ensures that their lives and right are secure. Through their voices, I have attempted to understand the intricacies of this system, its traditions, and the gender dynamics,” he adds. Consequently, the film is nuanced and closely looks at what their lives are all about these days. It shows a proud people who don’t look down upon single mothers – “since children take their mother’s name, no single woman will ever have an illegitimate child,” says Kynta. At the same time, it brings out the insecurities of the men – “they live in the fear of being thrown out of the mother’s or sister’s house”.

Today, the Khasi community can take immense satisfaction from the fact that they don’t give or take dowry, their women have inheritance rights and they are also comparatively freer than their counterparts in the rest of the country. But that doesn’t necessarily mean they are better off. Things are slowly taking a turn on account of education and economic compulsions, among other things, which are creating the conditions for change.

Of the different factors that are influencing change in their traditional system, migration is perhaps the most significant. “That’s why I have dealt with this concern and explored the links between migration and culture. Since the youth is moving to the cities for education or in search of more lucrative work opportunities, Khasi grandparents and parents fear that their next generation will not take forward their traditions,” shares Seth, who took two years to make the film. Explaining further, Hulda goes on, “So now the elders prefer that their children remain unmarried rather than marry a non-Khasi, as that often dilutes the Khasi customs and language.”

In one of the scenes, amidst the earthy sounds of the beating drums, reminiscent of the Nongkrem dance festival, performed to appease the all-powerful Goddess Ka Blei Synshar for a rich bumper harvest and prosperity of the people, the camera focuses on a Khasi woman who says, poignantly, “When they look at a matrilineal system, the country looks at it through one lens – that the women here are better off, powerful, decision-makers… but they are wrong.” From her, the frame shifts to a Khasi man who says, “We don’t want patriarchy but patriliny just for the Khasi male to shoulder some responsibility.”

Clearly, there’s a struggle of mindsets at play now, one that is making the elders uncomfortable. As Seth points out, “In our society, over the years, women have asserted themselves. Similarly slowly and steadily, the men are also asserting themselves in the matrilineal society of Meghalaya. The dissent is already there.”

This tussle between the sexes and the roles they play in society is visible on different platforms. Take, for instance, their indigenous governance structures, on the lines of the panchayat, where women have been consciously kept away from the decision-making positions. Indeed, even the nomenclature of the head of the Dorbar – or the village level traditional institution – the Rangbah Shnong, literally means “headman”. Moreover, when it comes to the decisions taken in the family, again, it’s the men who get the upper-hand.

‘Are They Better Off’ showcases all this and more as Sethi’s camera captures honest opinions amidst the picturesque locales of Shillong. Of course, had it not been for Kynta this film wouldn’t have been possible because, although Shillong is “very cosmopolitan and there are people from Punjab, Tamil Nadu and Bihar living there, Khasis are generally quite suspicious of the outsiders”. Seth, whose previous documentary dealt with Nepalese labour migration to Mumbai, says, “With Kynta helping me as subject specialist, I didn’t face much hostility during the shooting. However, it wasn’t easy to get them to speak to an outsider like me, and in the villages, especially, it was a tough call.”

There are many takeaways from the narrative, but, in one way or another, they are connected to this transformative phase that the Khasis are living through. So, where on the one hand, women continue to enjoy greater social mobility and a protected inheritance, they find themselves denied their political rights. The men, too, see themselves as outsiders in the family and are prone to adultery, drug addiction to “deal with this situation”. These, undoubtedly, are complicated times for them.