#India – Why the tribal rape scandal is so unexpected 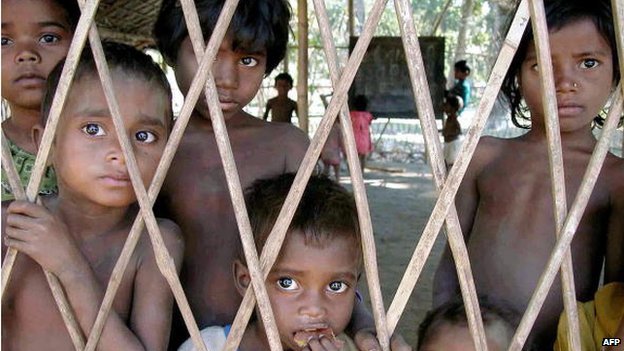 “There seems also to be a sentiment of honour among them; for it is said that they use poisoned arrows in hunting, but never against their foes,” wrote Charles Dickens about the Santhals, one of India’s oldest and largest tribal communities in his weekly literary magazine.

“If this be the case – and we hear nothing of the poisoned arrows in the recent conflicts – they are infinitely more respectable than our civilised enemy the Russians, who would most likely consider such forbearance as foolish, and declare that is not war.”

The Santhals had rebelled – the revolt was led by four brothers – against the British in 1855 forcing the rulers to impose martial law after which the movement was ended by the British.

They have remained one of India’s largest and oldest communities. Some 10.5 million of them live today in five states, mainly in eastern India.

The news of Santhal villagers, led by their headman in West Bengal‘s Birbhum district, gang-raping one of their own women for having a relationship with a non-tribal man comes as a shock.

Honour killings sanctioned by unofficial courts that are common in parts of northern India are unheard of in the Santhal community.

Community challengedThe tribe practices clan endogamy, the practice of marrying within the clan.

“But such a heinous incident is unprecedented in our community,” Nityananda Hembrom, the chief of West Bengal’s six million Santhals, told me. “If a man or woman in our community marries outside, the couple is told that they cannot participate in our rituals and festivals.

“If they don’t agree to that, they can live away from the community peacefully. There is no question of unofficial village councils sitting in judgement and ordering any kind of violence against them.”

Santhals have been known for living in peace in closely-knit communities bound by ritualistic codes, with none of the caste-based hierarchies and conflicts which mark India’s majority Hindus.

They eat rice, beef, pork and other animal and bird meat. They are animistic and divided into clans and sub-clans. They select their own village chiefs who work with a small team of villagers – usually three or four – who form a council and operate through organised “self-rule” in settling their disputes. 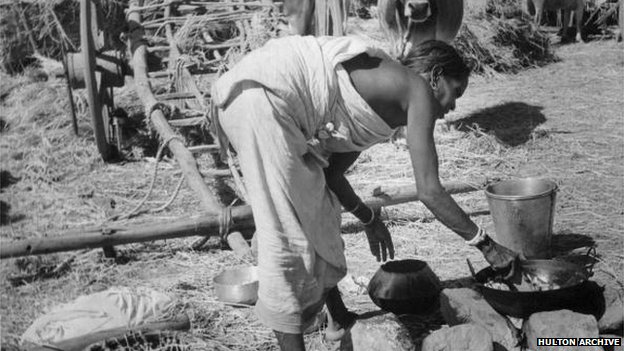 Tribal elders fear their community cohesion and customs are being eroded

“They have a five-tier system of community chiefs for self-rule and settling disputes and resolving conflicts. It is all very civic and democratic. Such violence is unheard of,” says Kunal Deb, a researcher who works with the community.

But, over the last decade, the community has been challenged as it grapples with its traditional values in a fast changing society that often sends out confusing messages about modernity and tradition.

In 2010, at least three Santhal women from Birbhum were stripped and forced to parade naked in front of large crowds for having “close relations” with men from other communities.

There have been some tensions between the Santhals and the Muslim community living in close proximity in Birbhum. “I know of a case when a Santhal woman was paraded naked by her community after she was spotted having lunch with a Muslim man in Birbhum. Santhals have often blamed Muslims for promising to marry their women with an eye on their land. Muslims deny it,” says Mr Deb.

Losing tribal customs?The idyllic, cloistered life that the Santhals used to enjoy is also fraying at the edges.

They work on their parched farms in largely arid regions and are nowadays forced out of their villages to work as construction workers. Traditional livelihoods are being threatened and tribal wisdom is getting lost.

Community elders say that television and video cassette players ushered in the first change as the young community members were exposed to pornography, among other things. Now many Santhals have mobile phones, which they mostly use for listening to music and watching pictures and videos, they say.

“There is a lot of confusion and tension in the community as they come into close proximity with the outside world,” says Mr Deb. “And then there is greed and violence.”