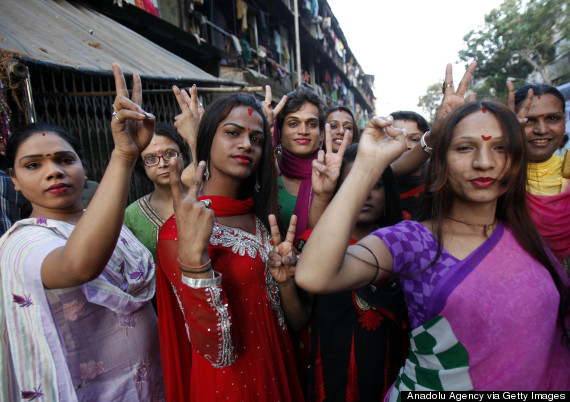 The Bill in its present form will become a tool of oppression and institutionalise the violations already being faced by the transgender community.

The Transgender Persons (Protection of Rights) Bill, 2018, as passed by Lok Sabha on December 17, 2018, claims to “provide for protection of rights of transgender persons and their welfare’. However, instead of addressing the daily oppressions and indignities faced by the transgender community, this Bill seeks to further institutionalise these very same violations.

The relationship of the transgender community with the healthcare system has been less than satisfactory. The healthcare system in India generally does not have a good history of diagnosing or treating persons from marginalised communities. While the private healthcare system is exploitative, unduly commercialised and contemptuous of any poor patients, the government healthcare system is underfunded, understaffed and overworked. Neither of these systems are equipped to even meet the basic psychological needs of a transgender person, leave alone make decisions about a person’s gender. Horror stories abound of healthcare staff asking unnecessary questions around sex, reproduction and genitalia, even when a transgender person goes for unrelated health issues. This plays dangerously close to being classified as sexual harassment, voyeurism, and sexually inappropriateness.

In the absence of role models and support systems, there could be confusion about the gender identity that the child or adult identifies with as opposed to one imposed by social norms. The Psychiatric Diagnostic and Statistical manual of Mental disorders (DSM 5) in its fifth edition in 2013, took cognisance of the fact that a mismatch between one’s birth gender and identity were not necessarily pathological, and shifts focus from ‘treatment of an abnormality’ to ‘resolving distress over a mismatch’, dropping the loaded term ‘gender identity disorder’ to the more objective ‘gender dysphoria’. In India, this view was echoed by the Supreme court in the National Legal Services Authority (NALSA) vs Union of India case, 2014.

A transgender person can grow through several processes before deciding on a sex reassignment surgery, if at all. The health system should play a role in facilitating all these processes and cannot be given the status of a gate keeper without responsibility. Power to determine gender should lie with the individual concerned. All systems should be in place to support this process rather than take over decision making.

The Bill also directs the government to “set up separate human immunodeficiency virus sero-surveillance Centres to conduct sero-serveillance for such persons”. This is another step to stigmatise a vulnerable community. There are certainly some groups that are at higher risk of contracting HIV, but that doesn’t mean that ‘separate surveillance’ should be set up to further stigmatise them. This only means that at a policy level, resources are set aside for more intensive health education and efforts are made to ensure that healthcare facilities that are accessed by everyone are also made accessible to high risk groups. Any targeted intervention for a stigmatising illness is archaic, traumatises the individual and his or her family and shows the poor understanding of those who drafted the Bill.

The clause “Where any parent or a member of his immediate family is unable to take care of a transgender, the competent court shall by an order direct such person to be placed in rehabilitation centre” completely dispenses with the agency of the transgender person. It, in effect, states that the person is not an adult in his or her full senses and is incapable of independent living. It puts a transgender adult perpetually in a state of dependence on a narrowly defined ‘family’ or rehabilitation centre. The trauma that this can inflict is unmeasurable.

Having a community that one can identify with and that one is accepted in, is crucial for a sense of belonging and self-esteem, and has been documented with other marginalisation around gender, class, caste, religion, colour, race, ethnicity etc. Many persons from the transgender community have expressed a sense of relief at finally meeting someone ‘like’ them, who accepts them and different from socially acknowledged cis persons.

Media reports of transgender persons being rounded up, even pulled out of their homes, and being forcibly imprisoned in ‘beggar’s homes’ is fairly common. The government, with all its organised instruments, has often treated the transgender community either as victims without agency and in need of rehabilitation (read arrest), or as criminals who should not exist in a ‘decent, civilised’ society. The pathetic condition of shelter homes in India have been highlighted over the last two years. Women have been incarcerated for years in prison like inhuman conditions of ‘shelter homes’ without access to healthcare, ‘rehabilitation’, law, family or any other form of support. This is the kind of ‘shelter’ and ‘rehabilitation’ that is now being envisaged for the transgender community by a Bill that claims to ‘protect’ them. Just this one clause shows the absolute failure of policy makers to understand simple things like rights, dignity and agency of an adult.

The clause “No suit, prosecution or other legal proceeding shall lie against the appropriate Government or any local authority or any officer of the Government in respect of anything which is in good faith done or intended to be done in pursuance of the provisions of this Act and any rules made thereunder” reeks of authoritarianism and hands over total impunity to the government on a plate. When the Act itself is not drafted in good faith, it is dangerous to hand over unregulated power to a state government under a vague umbrella of ‘good faith’. In a patriarchal, casteist, class biased system such as that operating in India, the discriminations meted out to the marginalised such as the transgender community will not only be excessive, but also completely protected under the over-arching umbrella of impunity.

The clause “Whoever harms or injures or endangers the life, safety, health, or well-being, whether mental or physical, of a transgender person …..shall be punishable with imprisonment for a term which shall not be less than six months but which may extend to two years and with fine” at once minimises the punishment for real offenders, while opening the door to penalise friends, well-wishers, adopted family and supporters of the transgender communities’ chosen ways of life. Any lawyer or activist who fights for a transgender persons individual rights, stands to be punished by this clause. It can effectively take away even the minimal and fragile support systems that transgender communities have built over years.

Section 19 (a) under Offences and Penalties, Chapter VIII of the Act states that “Whoever compels or entices a transgender person to indulge in the act of begging or other similar forms of forced or bonded labour…shall be punishable with imprisonment for a term which shall not be less than six months but which may extend to two years and with fine”.

It has been argued repeatedly by the transgender community that in the absence of reservations in education and employment, begging is often the ONLY option available in a hostile society. While begging can hardly be considered an occupation, the social dimension of why a transgender person chooses to beg is completely ignored, and it is instead converted into an offence. The intolerance of society to anyone it perceives as different manifests in several ways ranging from discrimination in employment, education, housing, social security, healthcare etc. to blatant abuse, slurs, physical violence, rapes, threats, harassment, assault, lynching and murder. A progressive Bill would read, “The increased rates of begging among Transgender persons highlights their difficulty in accessing education and employment and the high rates of discrimination and crime faced by them. In view of this, State governments shall make available loans, grants for self-employment and reservation in government and private educational and employment sectors.”

The transgender community has made their needs clear several times. If protection of this community is indeed the agenda of the government, then it makes sense to take the recommendations of the very community it sets out to ‘protect’. It is as bizarre as bringing out a women’s protection bill without consulting women, or a bill to protect Dalit rights without consulting Dalit communities.

All groups working on education, human rights, healthcare, livelihood should oppose this Bill and demand that it should not be passed by the Rajya Sabha, otherwise a Bill to protect will in reality become a tool of further oppression and institutionalise the violations already being faced by the transgender community

The writer is a public health doctor and researcher w

Facebook bans when you post anything anti-israel- try it ! #censorship
Killing of RTI activists: No protection available to them
#India - Who needs ultra mega solar power plants?
Sri Aurobindo, Heehs and the fragility of faith