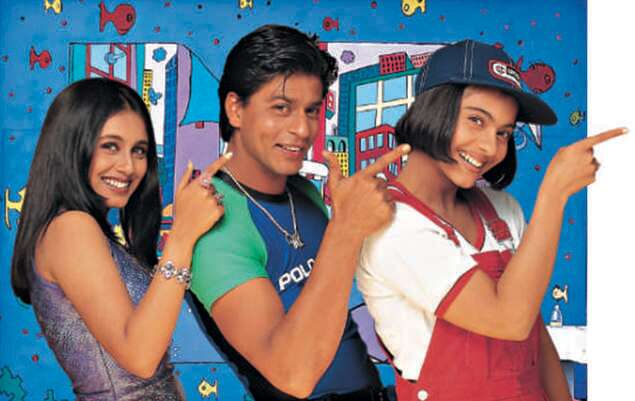 The year 2020 wrapped up what you might call a good decade for women in Bollywood with many steely, witty, sharp, cute, fun and badass female characters in leading roles. Think Piku. Sulu. Padmavati. Shivani. Sehmat. Rani. Kalindi. Phogat sisters. It felt like the narrative was changing, and women had become more than accessories.

However, research tracking speaking parts in the world’s biggest movie-making industry reveals that in the biggest pan-national box-office hits from the past five years — on an average, “women have less than a third of the dialogue”. In other words, men significantly out-talk the women.
This data measuring dialogue share of women in popular Hindi films comes from Shrayana Bhattacharya, a Delhi-based economist who, while researching for her book Desperately Seeking Shah Rukh that releases in October, stumbled upon this irony of Bollywood’s box office hits largely featuring what she calls “gorgeous mute women.”

“Since 2006, through various research projects on women’s employment and labour, I’ve met working women across India. During breaks, we would talk about our favourite movies and film stars which introduced me to Shah Rukh Khan (SRK) fangirls from diverse communities,” recounts Bhattacharya who followed several such fangirls for more than a decade to realise that one reason why the actor appealed to women from Jor Bagh to Jharkhand was how his on-screen characters would talk to women — lovers, mothers, friends and sisters — unlike films with other male actors. Bhattacharya decided to back this anecdotal evidence with data. “The only way to do this was to measure what share of dialogue was spoken by men and women in popular films.”

But determining speech patterns in nearly 50 Bollywood films between 1995 and 2020, replete with a chorus of singing voices, posed a challenge. Using a voice recognition program didn’t work so she coded and collected the data manually by watching each film closely, noting down the number of sentences and the gender of the speaker for each minute of the film. “For 15 films, I also measured the minutes that women would speak.”

What she found disrupts the age-old assumption that women speak more than men. “Four of the biggest hits of the past five years had women speaking for an average of 25 minutes in a runtime of at least 2.5 hours. Women occupy half the screen time but a quarter of the dialogue,” she observed.
Although in recent “multiplex” films like Queen, Kahaani and web-series such as Made in Heaven, women’s voices are emerging in full force, a disproportionate amount of movies are dominated by men who get more lines than women across different genres. And with ensemble casts, as the number of characters grow, so does the gender inequality.
For instance, in Dangal, a biographical drama centred on two female wrestlers or in PK featuring Anushka Sharma in a prominent role — there was an awful lot of talking by the men. “The narrator is a male and men speak much more dialogue in Dangal whereas in PK, Anushka spoke for approximately 35 minutes and there’s a full 45 minute segment where no women have speaking roles,” measured Bhattacharya.

Her study also reveals that speaking roles for women in “big mass hits” have only reduced over time. “Most of the ‘mass’ hits of the past five years have been heavily masculine action films where the universe is full of superman-type characters who talk amongst themselves — be it War or a Bahubali that had around 15 male speaking characters and five women,” she pointed out, as opposed to hits in the late 90s that were usually romances or family-dramas and featured more female characters and dialogue.
“As a result, while women only speak 28% of the dialogue in Bahubali: The Beginning, they have 60% of the dialogue in Kuch Kuch Hota Hai that had nine female speaking parts and five male,” tabulated Bhattacharya.

Paromita Vohra, a documentary filmmaker, agrees that old-fashioned Bollywood movies, despite their own set of problems, also came with a certain heterogeneity of characters and that the erasure of love stories may have contributed to the erasure of women from the screen. “There is, of course, a kind of shift in the representation of women in movies but post liberalisation we’ve seen a greater segmentation of gender and greater gendering, therefore. Films about women are only to do with women and films about queer people are only about queer people while films that are only about men or a masculine protagonist become general films about everybody. A world of cinema with all kinds of characters and different spaces given to different people in different ways has become harder.”
While Vohra attests to the fact that “recent cinema is far more masculine than before,” Shohini Ghosh, documentary filmmaker and media professor, feels the importance of a character in a film cannot be measured only through dialogue spoken by the character. “Film has its own language in which silence can be as eloquent as speech. The famous opening sequence of Charulata is almost wordless but a world of information is conveyed about the female protagonist. I personally feel much is changing especially with the advent of streaming platforms which show great diversity in the representation of genders and sexualities.”

Forceful Eviction Without Proper Rehabilitation is a Human Catastrophe
Gujarat elections : Dalit leader Jignesh Mevani to contest as an independent from Vadgam
How about Smart Villages, Mr Narendra Modi
Panchayat proposes Rs 80k as compensation for minor’s gangrape, victim turns it down to get accused ...