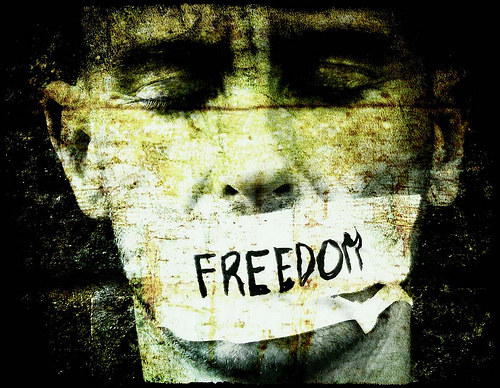 The filing of a criminal defamation suit of 1 billion rupees (US$15.3 million) against news portal The Wire for publishing a story about the accumulation of wealth by the son of the president of the ruling  Bharatiya Janata Party (BJP) is a revelation of how the Indian media are battling for credibility and survival.

BJP chief Amit Shah is a close confidant of Prime Minister Narendra Modi. The news report documents that his son Jay Shah’s assets grew by 16,000 times, climbing from about $774 to $12.3 million in a single year. The report cites filings with the Indian Registrar of Companies.

Press rights are not separately enshrined in the Indian constitution, unlike the US charter, which maintains  that the “freedom of the press, as one of the great bulwarks of liberty, shall be inviolable” by the state. In India, it forms part of Article 19 (a), which deals with freedom of thought and expression with an embedded meaning of right to publish.

Constitutionally it is a weak foundation for the media to operate freely.

Media in a democracy have a critical value as portrayers of any event involving the natural world or people because of its inevitable impact on community.

The value of news has evolved over time, as our ancestors who could not receive news or got it too late either perished or remained backward. It empowers, leading to the popular adage “information is power.” In a society the class that controls the news (information) decides its fate for better or worse, while others can only be mascots or at best collaborators.

The prime job of the journalist is to gather and convey news. He is a messenger like Narada in Hindu mythology.

In a democracy news explains reality on which, to borrow a phrase from Walter Lippmann, “men can act.” If this news gets filtered through somebody who either twists or colors that information and people are deprived of understanding their reality, then democracy is jeopardized and weakened to the same proportion.

A journalist’s task is to explain reality objectively from more than a singular perspective. In a country like India, he is the passionate soldier of democracy who, as Oscar Wilde said, “keeps us in touch with the ignorance of the community by giving us opinions of the uneducated.”

In a democracy rulers are accountable for their actions as they have impacts on the people who have chosen them. The journalist brings forth their acts of omission and commission so that people can make an informed choice in the next elections.

In this context, the report on the BJP chief’s son is of public interest and value for two reasons. One, it contains the mystery of a rags-to-riches story that has an inspirational value for millions of unemployed youth who may try the same method to earn a livelihood, and second, it brings facts into the public domain for aiding people to make a judgment in subsequent elections on their rulers.

Truth is the moral and legal defense on which independent media exist in a society, and more so in a democracy.

Media under persecution and control

However, lately publishing truth is becoming an increasingly dangerous profession as well as passion in India, as data compiled by the Committee to Protect Journalists (CPJ) suggest.

In addition, as of May this year there had been 54 attacks on journalists in the country in the past 16 months.

Besides guns, another means of silencing journalists is filing defamation suits, as Jay Shah, defended by the government, has done in the present case.

Governments have been a major culprit in filing criminal defamation suits. For example, between 2001 and 2006 the government of the late Tamil Nadu chief minister Jayalalithaa filed about 120 defamation cases against media. An editor of Tamil bi-weekly Nakkeeran had 211 defamation cases filed against him.

The government of Rajasthan state last month abandoned plans to control media through a draconian bill that was worse than the press emergency (1975-77) imposed by late prime minister Indira Gandhi when the press was made to bend and crawl. Interestingly, Law Minister Ravi Shankar Prasad, who had a close brush with the emergency and was later a civil-rights activist in Bihar, defended the Rajasthan press gag.

Corporates too resort to defamation suits to stop the flow of news as they do not want media to report on the billions of rupees they have saved in tax concessions and evasions. Well-known journalist Paranjoy Guha Thakurta was forced to resign from the editorship of the Economic and Political Weekly under the threat of a lawsuit by the powerful Adani Group, an Indian multinational.

Earlier another conglomerate, Reliance Industries, prevented publication of Thakurta’s book Gas Wars: Crony Capitalism and the Ambanis through legal proceedings, though he later self-published it.

A former aviation minister in the Congress government with corporate interests stopped the publication of the book The Descent of Air India,  which exposed alleged willful losses to taxpayers for huge financial gains to the corporation.

The back of free media has been further broken through corporate takeovers after which these corporation regulate the flow of news and information in their interests.

With about $6 billion worth of investment in the media sector, India’s richest man Mukesh Ambani has taken over Network 18 group of companies that runs several news channels and hosts digital content, thus becoming the country’s largest media group.

With radio news and Doordarshan (a public television network reaching 596 million of India’s 1.3 billion people) under the government and the rest under corporate control, one is little surprised when the country’s major TV news channels at prime time serve the audience in the name of news with exploits and wisdom of convicted and current babas (spiritual gurus), Karva Chauth celebrations (fasting by Hindu women for the longevity of their husbands) and agitation for vegetarianism instead of misappropriation of public money or reasons for dying infants in hospitals and  farmer’s suicides in villages.

If they do attempt to cover social issues, they desensitize them like a Peepli Live spectacle, reducing them to a farce.

All is not lost

The passion of conveying the news is embedded in human nature, as evidenced by the soldier-like passion and courage of journalist Rohini Singh, who broke the Jay Shah story. She writes: “My primary job is to speak truth to power. To question the government of the day.” She further says, “I don’t do the sort of stories I do because I am ‘brave.’ I do them because that’s journalism….”

The media will create new ways to survive. For example, it may be in the form of setting up media ventures and issuing press-freedom bonds, capitalizing them on the sheer quality of news while maintaining integrity of the profession.

So long as Indian media professionals like their American counterparts reaffirm their resolve to “rethink the most fundamental questions about who we are and what we are here for,” all is really not lost.