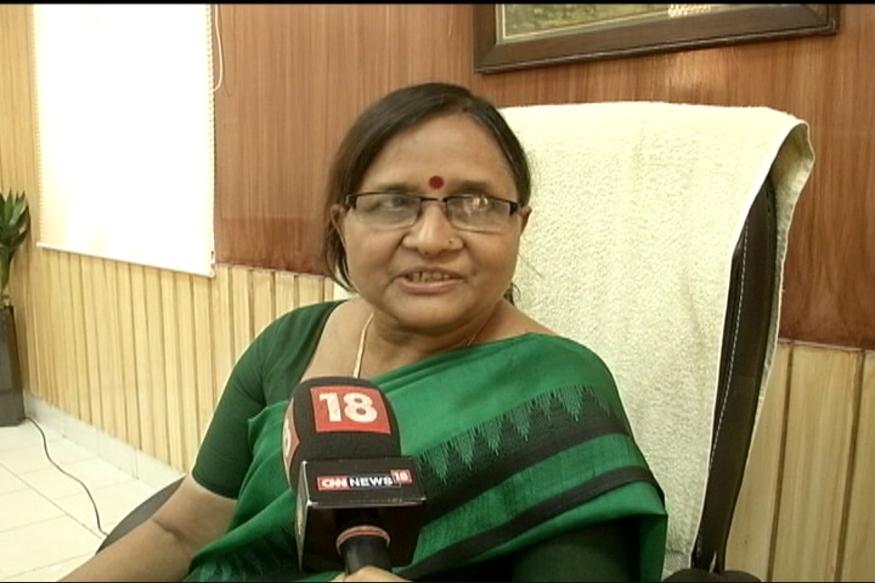 The principal of Meerut‘s Raghunath College told CNN-News18 that Indian society doesnt permit us to have boyfriends. (CNN-News18)

Meerut: A day after Yogi Adityanath gave a go ahead to anti-Romeo squads across the state, members of Hindu Yuva Vahini have formed teams outside universities and colleges. However, the very women whose safety Adityanath’s move sought to ensure, have questioned these squads.

One such college in Uttar Pradesh‘s Meerut is Raghunath College. The female students complained that “they were anyway dealing with a lot of restrictions”. When asked if it was fine for a boy to be picked up just for meeting a girl, the students registered their disapproval.

“That is not done. Aren’t we allowed to talk to guys? A guy can be a friend, a classmate or a brother. If the girl is saying that the boy is my friend, he should not be picked up,” a student told CNN-News18.

The Principal of the college, however, dispelled these apprehensions in the name of “culture and morality”.

“Girls shouldn’t have boyfriends for Indian society doesn’t permit us to have boyfriends. We have ensured that the relatives aren’t harassed,” the principal said, adding that she had even banned the use of mobile phones in college.

In its election manifesto for Uttar Pradesh, the BJP promised to create Anti-Romeo Dals (or squads) near colleges to “ensure the safety of college-going girls” and “check eve-teasing“.

An anti-Romeo squad consists of two policemen — usually, a man and a woman. Nowhere did the manifesto mention that anyone other than police can form the squad.

When CNN-News18 intimated one such group that it was not authorised to act in the name of the anti-Romeo squad as only the police can take measures, they vehemently opposed, saying we don’t need permission to do good work. “God helps people doing good work.”

One of the Hindu Yuva Vahini members said that even a girl meeting a boy was wrong. “We see outside colleges that girls say the guy is her brother, but he is not,” the member said.

Questioning the integrity of “some girls”, the members also alleged it was because of these girls that even “innocent girls were getting involved in such acts”.

Another member said that he didn’t care about the relationship a girl shared with a boy, he didn’t want them to “create filth on the roads”. “It is unacceptable. Things that should be done behind curtains will not be allowed in the open,” he said.http://www.news18.com/news/india/our-society-doesnt-permit-boyfriends-meerut-principal-on-anti-romeo-squads-1363520.html

#RIP - Sunila Abeysekera, Friend and Sri Lanka's award winning human right activist
‘I Live in a Lie’: Saudi Women Speak Up #Vaw
Crime but No Punishment in Indian Elections
Is this the mint-fresh and shining new India?