Global development is supported by

When Chandani Chandracruz steps out of her home, built on a beach in India’s southern Tamil Nadu state, she has to lift the hem of her nightgown to avoid getting it wet. Last year, the Indian Ocean began creeping further up the beach. In January, seawater engulfed Chandracruz’s home.

Chandracruz’s family has lived on the beach for almost 100 years, and this is the first time the water has reached their house. “If you came six months ago, the sea would have come up to that fishing boat there,” she says, pointing to a vessel about 100m away. “If you come back in six months, there may not even be a house left.” 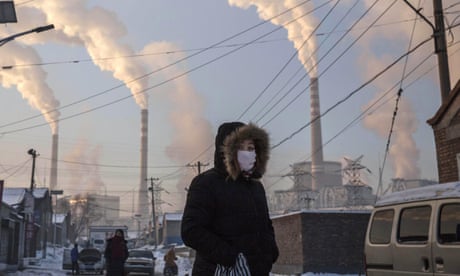 Families who live on the same beach say their homes are being destroyed by sand miners. They have been digging up the shores along India’s southern coast, and in the process, the families say, have altered the flow of the tides; miners deny this and blame rising sea levels for the erosion of the coastline.

Chandracruz and the other villagers have surrounded their homes with large rocks to shelter them from the impact of the waves, but many of the houses on the beach have already been abandoned.

Sand is a crucial part of coastal ecosystems, protecting inland areas from wind and waves. The sand on shores and in riverbeds is also rich with minerals that are crucial for vegetation and farming. But high demand from industries, including steel production and paint-making, has led to tonnes of this sand being carted away.

As the country rapidly urbanises, sand is in demand for construction and beautification. The illegal sand trade is an open secret, with many independent operators working across the country, carting away huge amounts of natural resources.

Local villagers are divided over the presence of the sand miners. For some, it provides jobs and livelihoods. For others, their presence is destroying the village. Bitter clashes between villagers over sand mining have led to violence. Villagers from the surrounding area say the beach where Chandracruz lives is a dangerous place. “The situation there is very bad,” says one man. “You have to be very careful there.”

Truckloads of sand can be seen being driven out of the village. In one spot, black, mineral sand has been removed and red earth dumped in its place. “They take the good sand and leave behind the bad sand,” one resident said. “They spend all day here, making a noise. We never get a moment’s peace.” 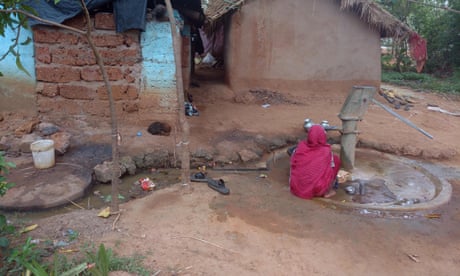 A toilet or safe drinking water? The stark choice facing many people in rural India

According to India’s National Green Tribunal, set up to oversee environmental disputes, sand mining is banned in the country. However, local newspapers have reported evidence of mining in many areas. Some civil servants and activists who have followed up complaints have been transferred to other jobs or sent death threats.

Last year, DK Ravihas, a civil servant investigating sand mining in the southern state of Karnataka, was found dead in suspicious circumstances. In Noida, near the Indian capital, Delhi, government official, Durga Shakti Nagpal, who called attention to illegal sand mining in the area, was suspended for inciting communal tensions.

On the banks of the Bahour lake, near Puducherry, a local paddy farmer and activist, V Chandrashekhar, says he’s been attacked and beaten several times for speaking out against sand mining. “They come to my house in the middle of the night with sticks. These are very dangerous people,” he says.

“This whole area is occupied by sand miners,” says Chandrashekhar. “Around 500 bullock carts work here every day – all day and all night. When it rains, rainwater does not collect, and so agriculture is suffering. The sea is only 5km away from here. There is no water for the fields because of seawater mixing into the river.”

Sand mining has become a major source of income for locals. Men and women from villages bring their bullock carts to the lake and load them up with sand, which is then sold to construction companies. One man with a bullock cart said each cart of sand sells for 900 rupees (£9). “We don’t know who we’re selling it to, but they use this sand for building and construction,” he added.

The National Green Tribunal has set up checkpoints to stop the carts but most are unmanned. At one checkpoint, a police officer flicks through a newspaper, taking no notice of the dozens of sand-loaded carts passing by.

Chandrashekhar has appealed to villagers many times to stop mining in the area, but while the trade continues to be lucrative and unregulated no one is willing to give it up. “They’re only thinking about today, about how to put food in their stomachs,” he says. “They’re not thinking about what will happen to their children when they grow up.”https://www.theguardian.com/global-development/2016/oct/10/indians-at-risk-of-flooding-powerless-to-stem-the-tide-of-illegal-sand-mining