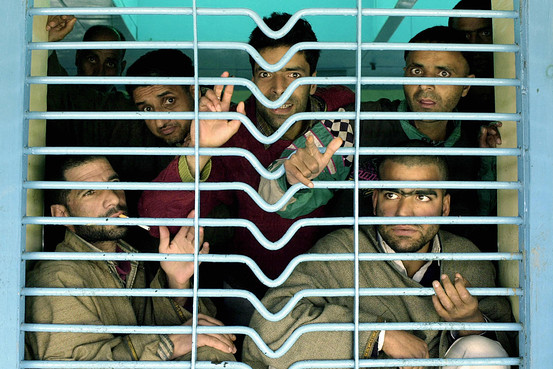 The policy calls for a higher number of mental health professionals to be trained, from community-based counselors to specialized psychiatrists. At present, India has only one psychiatrist for every 343,000 people.

In a country where mental health has long been ignored, the policy is extraordinarily progressive and sensitive to the social impact of mental illness, like stigma and poverty. Though, as ever in India, implementation will be tough and depends largely on the passage of the mental health bill that is pending in parliament.

The emphasis of the new policy is on the rights of the mentally ill including the suggestion that attempted suicide should be decriminalized. The policy also draws attention to the largely-neglected need to support care givers, who are almost always family members in India.

“Families struggle because of the economic and personal costs” associated with care-giving, said Vikram Patel, a psychiatrist and professor at the London School of Hygiene and Tropical Medicine, who was part of the committee that submitted a draft of the policy to the health ministry in September.

The  recognition that a care giver should receive monetary and tax benefits is “radical,” said Mr. Patel, adding that the policy is “a mix of global principles, adapted for the specific Indian context.”

“To be female, poor and sick is a deadly combination, and it’s so common,” said Keshav Desiraju, the government’s former health secretary, who was involved in the drafting of the mental health bill.

In another clause, the policy calls for “compassion and responsibility” instead of the social stigmatization of the mentally ill.

“Mental illness invokes terror and revulsion because people don’t know how to react to it,” said Mr. Desiraju, adding that the policy portrays mental illness as a disease instead of a personal defect, which is how many in India see it.

The move demonstrates the government’s commitment to overhauling a largely non-existent mental healthcare system — at least on paper.

Putting it into practice, however, “requires systematic budgetary support at every phase,” said Mr. Desiraju.

But much of this funding is likely to go unspent, because “states vary in terms of their technical capacity to implement the program,” says psychiatrist Mr. Patel.

Southern states, for example, are more likely to spend funds effectively on its district-level mental health programs than relatively poorer and more populous states in the north like Uttar Pradesh and Bihar, said Mr. Patel.

More fundamentally, putting the policy into effect is largely contingent on the passage of the mental health bill, which Mr. Desiraju says could even be passed this winter “with some luck.”

Ten worst acts of the Nuclear age #mustshare
Gyanvapi Mosque: Yet Another Headlong March into an Unknowable Past
Dear Mumbai Police: If It Was My Daughter Hiding Her Face In That Hotel, Thank You For Slapping Her
Chhattisgarh - Vigilantism Returns