India’s prime minister Modi focuses too much on appearances 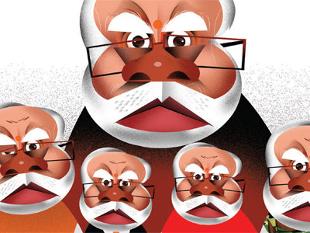 The consequences are beginning to catch up with him 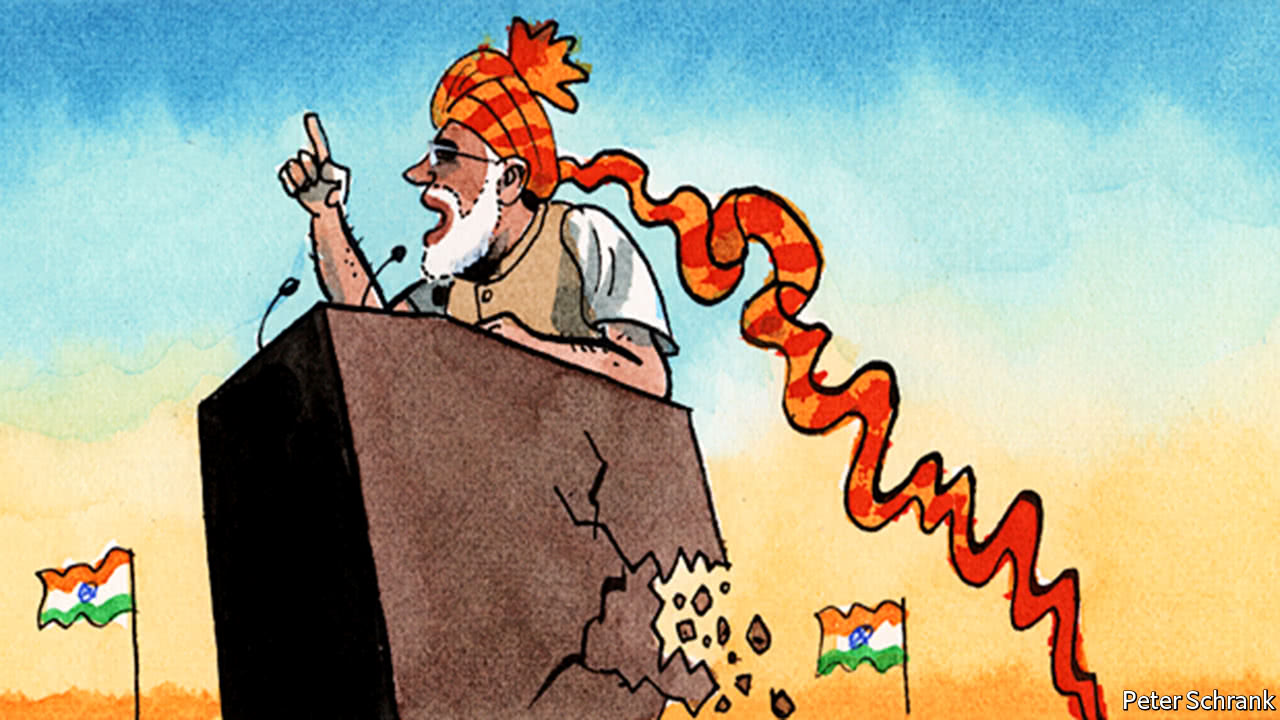 THE change in mood is remarkable. Earlier this year Narendra Modi, India’s prime minister, had an air of invincibility. His government, although more than halfway into its five-year term, seemed more popular than ever. In March his Bharatiya Janata Party (BJP) won the most lopsided electoral victory since the 1970s in the country’s most populous state, Uttar Pradesh. In July he launched a reform that had eluded his predecessors for decades: a national goods-and-services tax (GST). Later that month he persuaded an ally of the main opposition party, Congress, to defect to the BJP’s camp, securing control of yet another state government.

Until recently another landslide at the next national election in 2019 seemed inevitable. The BJP is still likely to win, but Mr Modi is losing his sheen—and for that, he has only himself to blame (see article). All governments have their ups and downs. Mr Modi’s recent setbacks, however, stem in large part from his preoccupation with presentation over substance.

UpgraStart with the economy. Growth has slowed, from 9.1% year-on-year in the first quarter of last year to 5.7% in the second quarter of this year. That is in part because of his policy of “demonetisation”, in which 86% of the banknotes in circulation were abruptly voided. Mr Modi presented it as a crushing blow to gangsters and tax-dodgers, but in fact it caused great hardship and disruption, without any clear benefit.

The shambolic implementation of the GST is likely to make matters worse. The government convened a midnight session of parliament to herald its adoption—something that had previously been staged only to mark India’s independence and associated anniversaries. Mr Modi triumphantly declared the GST a “good and simple tax”. But he did not listen to his own advisers’ suggestions on how to make it so. He plumped for six rates instead of three, burying small businesses in paperwork and allowing politics to seep into the rules (the government recently cut the rate on khakras, a popular snack from his home state of Gujarat, from 12% to 5%). He is now suffering the consequences, as businessmen across India howl at the complexity.

It does not help that the government bridles at criticism and harries its critics. Media firms are anxious not to offend it; journalists who take it on often lose their jobs. The press has been asking awkward questions about the finances of a firm owned by the son of Amit Shah, the BJP’s number two; they were greeted with rebukes from ministers and a lawsuit. Even comedians who imitate Mr Modi have mysteriously disappeared from the airwaves. The resulting culture of adulation means that the government’s proposals seldom receive the sort of scrutiny and debate that might improve them.

In fact, the BJP is not that interested in policy. It offers voters mainly distraction. The new government in Uttar Pradesh, for example, has painted buildings and buses saffron—a shade associated with Hinduism—and picked fights with Muslims, leaving the Taj Mahal (built by a Muslim emperor) off a list of the state’s main attractions.

The party’s overriding focus is extending its own authority. Earlier this year the defence minister, Manohar Parrikar, resigned to become chief minister of the tiny state of Goa. The BJP had lost ground there in recent state elections, and the allies it needed to form a government insisted they would join it only if Mr Parrikar, a former chief minister, returned. The finance minister, for whom making the GST work was apparently not a full-time job, took on the role of defence minister as well for the next six months—a period of tension with both China and Pakistan. In other words, a government that prides itself on its muscular nationalism left defence policy rudderless amid rows with its main military rivals, simply to retain power in a state with just 0.1% of the population.

Politically, relentless electioneering has served Mr Modi well. The BJP and its allies control 18 of India’s 29 states; just one big one is left with Congress. But the drawbacks, in terms of inept and inconsistent policymaking, are beginning to tell. There is even talk that the party may have a fight on its hands in elections in December in Gujarat. If Mr Modi wants to keep winning votes, he must concentrate not just on campaigns; he must also show that he knows how to run the country. Sooner or later, voters will tire of grandstanding.