Madhya Pradesh Police and the state’s Anti-Terrorist Squad killed 8 Student Islamic Movement of India (SIMI) terrorists on the morning of 31 October in an encounter.

These terrorists had escaped from Bhopal Central Jail in the wee hours of Monday after killing a head constable inside the jail premises. The National Investigation Agency has been ordered to investigate the jailbreak. 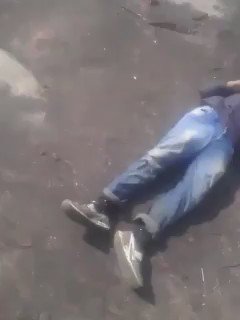 Here is a short clip of #BhopalEncounter site where SIMI operatives were gunned down and some observations now at the end of the day. (1/12)

This is the second encounter by state forces this month. A week back, Andhra Pradesh and Odisha police had killed 24 Maoists in Malkangiri district, at Andhra-Odisha border.

Activists cried that the Malkangiri encounter was a ‘fake’ one. And now leaders of the opposition political parties are raising question about Monday’s alleged encounter of these eight undertrials.

Encounters, sometime ‘fake’ are a common extra-judicial measure adopted by the Indian police. Some police officers in Mumbai achieved stardom, films were made on their lives, and a few even built schools. Some of them were also proven to be corrupt and to be working with specific agendas.

But what is the scale of encounters (fake or not) in India? How many prisoners escape from custody in India? Here are the answers:

In the past, much political storm has been kicked up by allegations of fake encounters, from the Ishrat Jahan killings to the killing of Maoist leader Kishenji.