Indigenous people across Canada are holding ceremonies, events and protests, saying there is nothing to celebrate as the country marks its 150th anniversary.

On Parliament Hill in the capital Ottawa, where thousands are gathering to celebrate Canada Day on Saturday, groups of indigenous people and their supporters are “reoccupying” what they say is their land and drawing attention to the history and oppression of the aboriginal people.

“The goal of the reoccupation is to express our indigenous sovereignty in the face of these toxic national celebrations,” Freddy Stoneypoint, organiser of the demonstrations, told Al Jazeera.

“As an indigenous person, this is an opportune moment to make our community, which has been rendered invisible by the colonial occupation, known,” said Stoneypoint, a member of the Ojibwe nation.

Stoneypoint is one of five Carleton University students who, together with the Bawating Water Protectors, have erected a teepee on the land that is the traditional territory of the Algonquin people.

“When your identity and culture are suppressed, there shouldn’t be celebrations,” said Hamda Deria, another organiser.

The group first tried to erect the teepee on Wednesday, but was met with “violent resistance” from the police which arrested nine people before releasing them later.

After negotiations between the group and authorities, the teepee was erected at a ceremony near the main stage for the Canada Day celebrations. 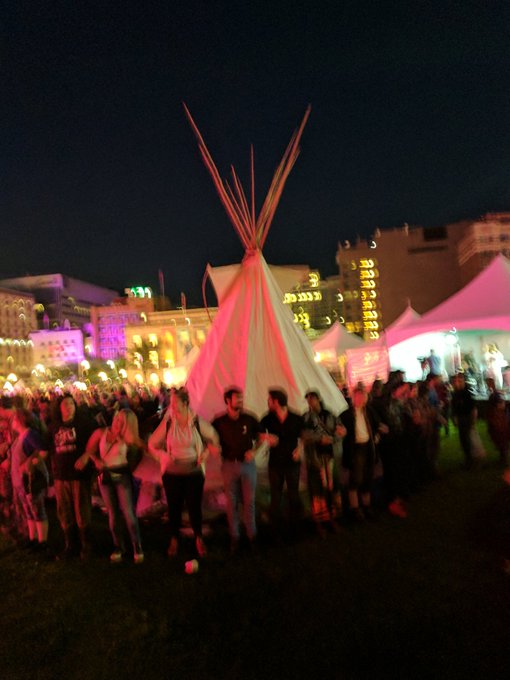 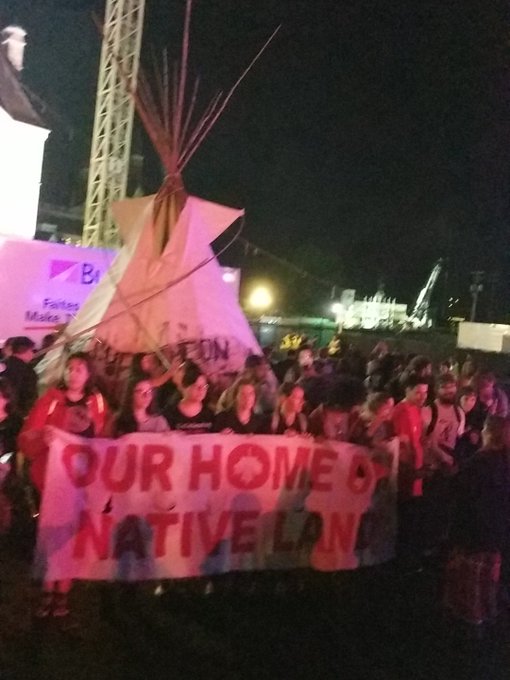 “This is not a protest. This is an active ceremony and an active resistance,” Deria said.

Stoneypoint, who was not present at the meeting, said he viewed Trudeau’s unannounced visted as a “violent act” that was only for “self-serving purposes”.

In addition to the reoccupation teepee ceremony, many other indigenous groups and activists have planned events and protests for Saturday.

Idle No More and Defenders of the Land, two networks of indigenous communities, have called for a National Day of Action, centred on the theme of “UNsettling Canada 150”.

Inspired by First Nations political leader Arthur Manuel, who died in January, organisers called on members of the indigenous community and its supporters to “educate” the Canadian population about their “right to self determination”.

“I do not wish to celebrate Canada stealing our land. That is what Canadians will be celebrating on July 1, the theft of 99.8 percent of our land, leaving us on reserves that make up only 0.2 percent of the territories of given to us by the Creator,” Manuel wrote in his last article before he died. 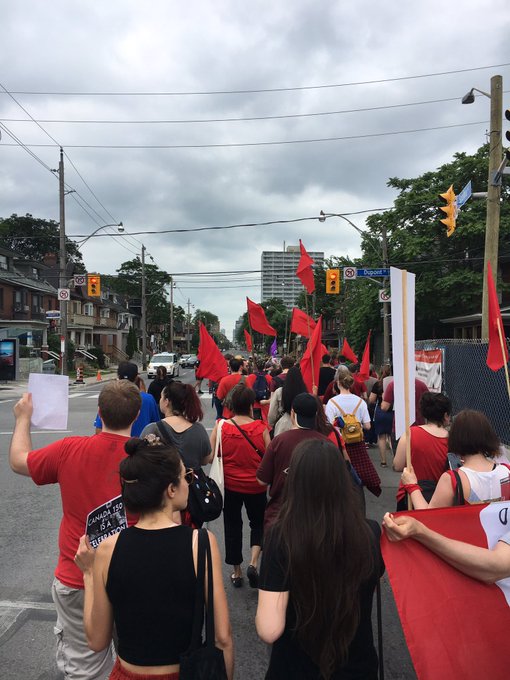 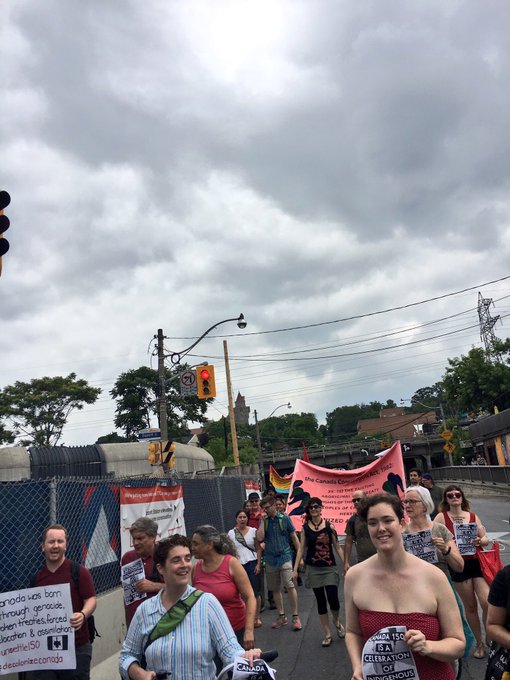 Shawn Johnston, member of the Couchiching First Nation and part of the Idle No More communication team, told Al Jazeera the day of action was about “people stepping up, taking action and finding their own voices”.

He said they want to show the “conversation goes beyond 150 and that it must be acknowledged that we [the indigenous people] were the original caretakers of the the land”.

Russ Diabo, an organiser and member of the Mohawk Nation at Kahnawake, added that the planned action was also an “alternative celebration” for the indigenous communities, highlighting their “survival … and right to self-determination” of their land, territories and resources.

The Canadian government is spending more than 0.5bn Canadian dollars ($386m) on the celebrations, the highest ever spent on Canada Day.

“For many of us from the grassroots, we find it repugnant that Canada is celebrating 150 years of what we consider is racism and genocide and colonialism,” Diabo said when asked what message the high price-tag sends to the indigenous community.

Sakihitowin Awasis, member of Michif Anishinaabe nation, said it was “extremely disheartening” that so much money was spent on the celebrations when the indigenous communities continue to face “a health and suicide crisis”, “boiled water advisories”, and an “epidemic of missing and murdered indigenous women”.

“It just gives indigenous people in Canada a message that we’re disposable and our humanity isn’t as important as celebrating settler land theft and 150 years of oppression on indigenous territories,” said Awasis.

For many others like Awasis, the celebrations exemplify the reasons much of the indigenous community has grown frustrated and angered by Trudeau.

Earlier this week, the prime minister called on Canada to treat those who do not want to celebrate the day with “respect”.

“We just have to make sure we deal with what are going to be historic crowds on Canada Day on the Hill but also deal with people in a respectful and a responsible way,” Trudeau said at a news conference.

But Awasis sees this, and other moves by Trudeau, as an “erasure” of the issues that continue to plague the aboriginal people.

“I think we can sit in the teepee and get his photo opportunity. But at the end of the day, he is passing pipeline infrastructure through indigenous territories that is in violation of international law.”

Despite this, many see the day of action and events like the teepee reoccupation ceremony as a sign of hope.

“I have hope in our indigenous people,” Diabo said.

Awasis agrees, saying that “as much of a struggle as it is, it’s an exciting time to be indigenous”.

India's growth 'addiction' and climate change
ACHR calls for establishment of “Advisory Committee on Mercy Petitions” #deathpenalty
#JusticeforJisha - Do Not Rest in Peace, Jisha #Vaw
‘Soorinje can’t be allowed to go unless innocents are freed’